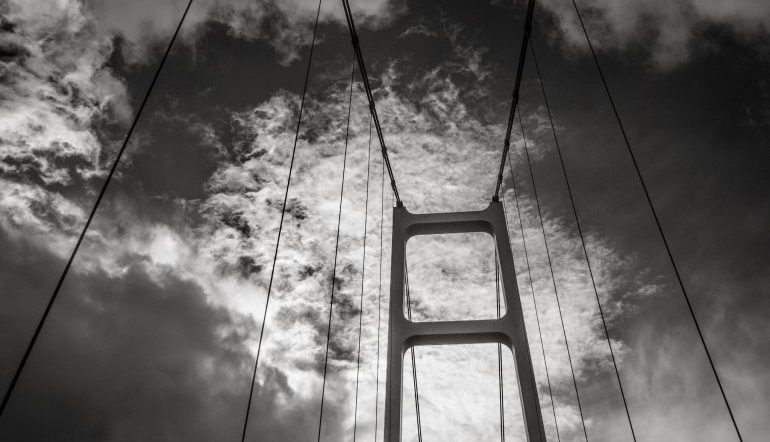 Lady Bird tells a categorically un-special story. A young person feels trapped in her hometown; she faces the impending future while navigating her complicated relationships with family, friends, and first loves. She doesn’t save the world—she simply inhabits it, trying to learn how and where to take up space. As a coming-of-age narrative, the film is tasked with charting a course through that fearful space where childhood meets adulthood, or in this case, where girlhood meets womanhood.

What’s most immediately interesting is how the main character, Christine (brilliantly portrayed by Saoirse Ronan), resists conventional framing from the beginning. Her initial rejection of the name her parents gave her—or that her parents “made up,” to borrow phrasing from later in the film—already demonstrates how she’s pushing back on the exterior, subjective forces that might define her story for her. This resistance is perhaps most clearly exemplified by her assertion that, yes, “Lady Bird” is her given name: “I gave it to myself, it’s given to me by me.” She highlights the inherent passive voice of the term “given name” and turns it inside out, claiming the position of both the namer and the named, agent and object.

This sense of agency also comes into play in aspects of the narrative that resist the trope in which a girl’s coming-of-age must somehow underscore or strengthen a boy’s coming-of-age. Christine’s arc doesn’t serve to teach a male character some life lesson or help him to find himself—unlike Alaska’s arc in Looking for Alaska or Sam’s in The Perks of Being a Wallflower, to name just two examples. Christine instead grows independently from both Danny and Kyle, her two love interests in the movie; she isn’t a “manic pixie dream girl” because no one is dreaming her into existence but herself. The exceptional amount of screen time that features Christine alone reinforces this sense that she, as a character, is allowed to exist outside of the gaze of the other, especially that of men.

The content of the name itself is also significant to this discussion. Christine’s use of the word “lady” invokes a claiming of femaleness as well as adulthood. At first, the word feels a little off for a seventeen-year-old. The societal overuse of the word “girl” when referring to young women in contexts where “boy” would never apply to young men of the same age is just one example of how gender complicates the way we tell different coming-of-age stories. The word “girl” itself thus inhabits an in-between space as much as Christine herself does.

Teenagers’ lives tend to be framed for them as a forward-facing linear trajectory, and the tumultuous moment-to-moment experience itself doesn’t always match up with that frame. In other words, the act of “coming of age” is a lot more complicated than surviving from one milestone to the next. Many of the key cinematic moments in Lady Bird artfully skirt traditional bildungsroman touchstones: Christine’s conversation with her mother about sex is arguably more significant to the film that the actual loss of her virginity, and similarly, the scene where she shops for her prom dress eclipses the prom itself.

But what does it mean for a coming-of-age story to resist its own framing? In an interview with Elle, director Greta Gerwig speaks to the liminal nature of the film’s atmosphere: “I love the in-between moments. Of course, there are moments that are inherently dramatic, but it’s also the car ride to them I find interesting.” Gerwig is not just referring to figurative journeys; car rides feature significantly in the film as moments of emotional connection between persons and places.

The opening sequence of Lady Bird presents a beginning, middle, and end all at once: on the car ride back from a college visit, Christine and her mother share an emotional moment listening to the final lines of The Grapes of Wrath. When Christine says, “I wish I could live through something,” the two quickly dissolve into an argument about her desire to leave Sacramento. The idea of living “through something” sets the stage for a narrative that takes seriously the everyday struggles and anxieties of adolescence. This coming-of-age isn’t so much a “loss of innocence” as it is a process of learning how to position one’s self in relation to others, as well as in relation to gender and language.

When we dismiss the turbulent interior lives of girls as shallow or melodramatic, we do them a great disservice. Girls can tell when the camera isn’t taking them seriously. Christine might resemble a “manic pixie dream girl” in her dyed hair and her dry wit, but her interiority is allowed to exist beyond those traditional frames built up by a primarily male-narrated canon. By instead telling this story from the in-between spaces, Greta Gerwig has found a way to position Christine herself in the foreground, actively creating herself as she goes. This reframing of the bildungsroman narrative shows how coming-of-age isn’t just something that “happens to” a girl; it’s something that, hopefully, she “lives through.”