Home
»
Critical Essays
»
Language and Linearity in A Wrinkle in Time 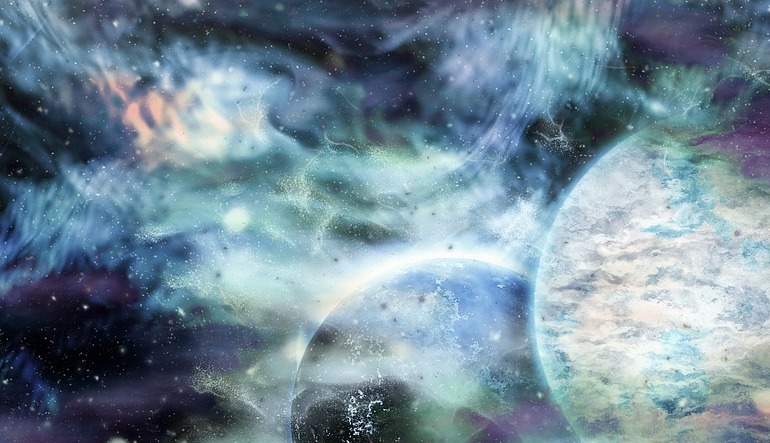 In Ava DuVernay’s new film adaptation of A Wrinkle in Time, Mindy Kaling brings to life the eccentric, ethereal character of Mrs. Who. According to Charles Wallace (the intellectual little brother), Mrs. Who has “evolved beyond language,” which is why she mostly uses quotations in order to communicate. While the book primarily employs canonical literary references for Mrs. Who’s words of wisdom and quips, the film’s writers chose to also incorporate contemporary references such as the iconic line “Tomorrow there’ll be more of us” from the Broadway musical Hamilton. In a moment of light humor, Mindy Kaling also delivers the reaction “Dang!” and attributes it to comedian Chris Tucker.

What does it mean for an otherworldly fantasy to associate itself so closely with the language of real-world historical and contemporary figures? How does drawing from the language of the outside world enhance the interior, contained universe that exists within a film or novel? In some ways, these connections are reminders of how every story requires all the stories that came before it, in the same way that writers create sentences from words they have encountered before and internalized. The figure of Mrs. Who presents a lens for looking more closely at how language and narrative both interact with linear time—and by extension, history itself—on many different levels.

On a smaller scale, the linear temporality of lived experience imposes itself on the way meaning can come across through language. In “The Temporality of Reading and the Decentered Brain” (a chapter from How Literature Plays With the Brain, 2013) Professor Paul Armstrong calls this phenomenon “the horizontal character of the moment.” He writes, “The nonsimultaneity of the brain’s cognitive processing is one aspect of life’s inherent temporal imbalance […] As the Danish philosopher Søren Kierkegaard memorably declared, ‘We live forward, but we understand backward.’” This idea that language relies on linear time becomes more complicated in a world where “tessering” (inter-dimensional travel) allows for a fold or “wrinkle” to occur in the fabric of space-time. It only works if someone can tap into the right “frequency,” and that frequency, of course, is “love.”

But if we “understand backward” as Kierkegaard says, then how can someone outside of time interact with those who are temporally bound? Mrs. Who’s character presents a potential way for us to reconcile a linear language system with a nonlinear worldview, and on another level, to reconcile a fantasy narrative’s meanings with the reality of the world in which it is consumed. One striking moment from the novel that didn’t make it into the movie is when Mrs. Whatsit and Mrs. Who explain the process of the “tesser” or “wrinkle” to the children:

“La experiencia es la madre de la ciencia. Spanish, my dears. Cervantes. Experience is the mother of knowledge.” Mrs. Who took a portion of her white robe in her hands and held it tight.

“You see,” Mrs. Whatsit said, “if a very small insect were to move from the section of skirt in Mrs. Who’s right hand to that in her left, it would be quite a long walk for him if he had to walk straight across.”

Swiftly Mrs. Who brought her hands, still holding the skirt, together.

“Now, you see,” Mrs. Whatsit said, “he would be there, without that long trip. That is how we travel.”

In the film, one of the most striking moments where worlds intersect—suddenly crossing a seemingly unbridgeable distance—is the inclusion of that quote from Hamilton. Mindy Kaling says with a twinkle in her eye: “‘Tomorrow there’ll be more of us,’ Lin-Manuel Miranda, American.” Hamilton, a re-imagining of the American Revolution narrative infused with musical theater and portrayed almost exclusively by people of color, embodies this sense of finding creative ways to simultaneously “live forward” and “understand backward.”

Like historical fiction, fantasy narrative requires a certain amount of self-displacement from realism into unrealism. By referencing such a prominent figure of the current zeitgeist, the film’s writers demonstrate how they are positioning it within an entirely different cultural matrix from that in which Madeleine L’Engle originally published the book in 1962. Having certain tethers to the real and the now helps readers or viewers to draw our own connections between the narrative at hand and the ongoing discourses occurring in our own lives and value systems.

The assertion that travel by “tessering” only works if someone can tap into the “frequency of love” sounds somewhat cliché at first. Where does “love” fit into our complex discussion of temporality and inter-dimensional travel? This premise suggests that the connectivity between people is that which opens up the possibility for connectivity between dimensions. The figure of Mrs. Who, in many ways, thus brings together these ostensibly disparate themes. Her seemingly out-of-place quotations reinforce the importance not only of the connectivity between different people as speakers, but also of that which connects different narratives and worlds.