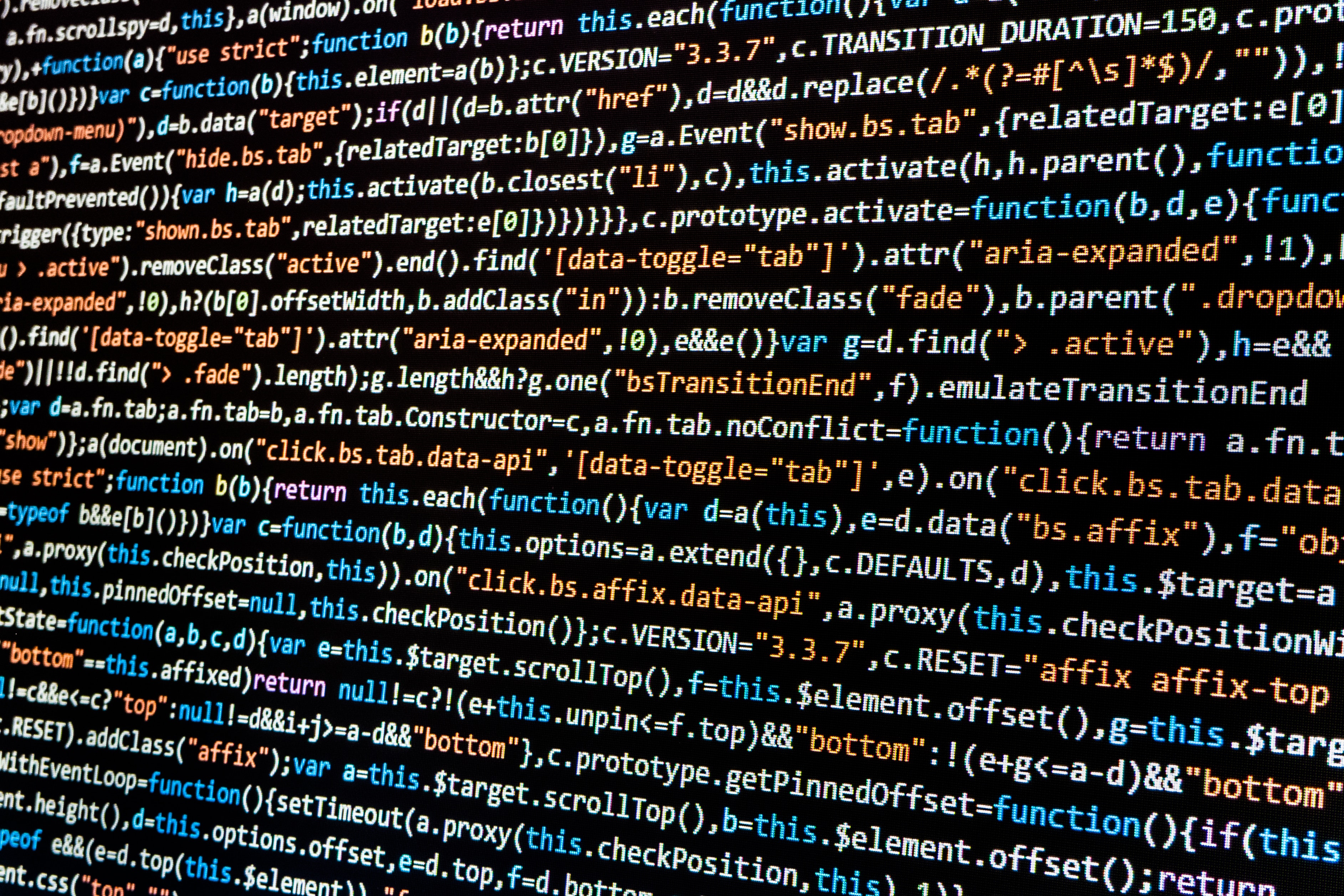 Allison Parrish’s book of poetry, Articulations, evokes a sense of incantation. The words fall over each other, each one coming back a little sooner than you think it should. All poetry tries to make language new again, but most stays within the lines of standard syntax and semantics —even the wildest metaphors tend to rope you in with more sympathetic thoughts. But Articulations does not play to your desire for meaning in language. Instead, Parrish’s collection pulls you rhythmically through a space of sounds. The work reads as if it must have been difficult for a human to construct.

And it was not constructed by a human alone. Parrish wrote Articulations with a computer program, one that she designed and implemented to find lines of poetry, from public domain books, that sound similar. It’s called a random walk—a set of steps away from a starting point, in this case a starting line of poetry chosen by Parrish. Each new line is another step made by selecting a next line that has similar phonetic features. Again and again the program walks through language. “Random walk” is both a technical term and a wonderful metaphor for what Articulations does.

Parrish is listed as the sole author of this collection. Articulations could not have come into being without her, and the program didn’t contribute any poetic ideas to the work, but the computer was intimately involved. The program contributed a kind of mechanical power to Parrish’s ideas, a precision impossible for a person, and when Parrish sat down to read her creation for the first time, she became like us: a reader. Suddenly the computer is elevated.

The thesaurus is at least 200 years old and it, too, is an extension of the mind, bringing the breadth of language much closer to human attainment. Every poet I know draws on a thesaurus at times, either to help in finding a word just out of reach or for assistance in leaving behind familiar and cliché forms. No one notes at the beginning of their poetry collection the thesaurus they drew upon, or acknowledges Roget as a contributor to their success. The computer, in all its intricate forms, is arguably no more important than any other tool we have created.

But, still, Articulations feels different. It is not clear to me what the difference between a computer program and a thesaurus is—if anything, Parrish created her own kind of thesaurus. One difference between the tools, however, is that the program allows Parrish to create a great deal of books in seconds, simply by rerunning it with a new starting line.

Technology is a conceit of its own. Computers have become indispensable; forget the thesaurus—it is the word processor that affects writers most, the effortless cut and paste, the speed of typing and printing, the powerful and immediate delete button. The hyped-up question of the twenty-first century is: when will the word processor no longer need us? Artificial intelligence has been breathing down our necks for decades, and its promise of fire feels closer and closer.

Despite all of the success of computation, computers are far from the capabilities of even a two-year-old. (See this essay by renowned AI researcher Rodney Brooks on the things computers can hardly do at all.) But we will see, and are seeing, the growing integration of computation in our daily activities.

Robin Sloan’s Mr. Penumbra’s 24 Hour Bookstore fearlessly proposes that computers can be integrated with the ancient—or is it current?—technology of paper books. He sets up his story as a magical quest, starts it in a dusty bookstore with tall shelves and strange clientele. The customers do not buy books, but rather check them out. Clay Jannon, Sloan’s out-of-luck protagonist, discovers that the books are in cipher. Thus starts the fantasy.

But instead of an enchanted forest, Sloan’s characters abound in Silicon Valley. The wizards are start-up engineers with algorithms and book-scanners and Graphical Processing Units; Jannon is an out-of-work web designer who takes a job at the bookstore, lured by its magical ethos. Sloan pits the new against the old, but doesn’t hesitate to foreshadow that the two will fruitfully come together.

This enthusiasm for the merging of old and new technologies exists outside of his novels: in 2016 he created a text editor that, when you hit the “tab” button, would finish your sentence for you. He wanted to work with the machine, treating it like a friend ready to give you an idea. His algorithm was based on a large number of pulp science fiction books, which meant it threw him lines like “the servo-robots were not concerned,” and “the high goathemaker sounding beginning to stare.”

His algorithm seems, like the one that created Articulations, unhampered by the heavy semantics of language. But his algorithm more clearly appears as a tool. The text editor, unlike Parrish’s program, does not supplant the writer; instead, it proposes to augment him. Sloan says he doesn’t want the algorithm to write a novel—he wants to write a novel, and will happily collaborate with a computer if it will make him a better writer.

The algorithm’s method of suggesting new phrases, a neural network providing new combinations of words found in a corpus, is not terribly different from how I write: I do not come up with new words, or even new sentence structures. Rather I draw from my mind, which has taken in some number of novels and essays and poems and conversations and movies and train announcements, and then write a new sequence of words.

Is writing really anything more than rearranging words?

All literature contains a great deal of influence, and many of us find joy in tracing these influences throughout people and time, seeing the same ideas and symbols and styles pop up anew and become something different in someone else’s hands. We study this influence extensively and without anxiety. It is inevitable that computers will impact how this influence occurs. Just now we are beginning to see it, in Parrish and Sloan who explicitly ask computers to scour text for them in a particular way.

Writing is ripe for an exciting fusion with computation, and it will be the readers who track its progress and define its place. Currently, algorithms write idiosyncratic phrases and lines, on occasion evoking something wild and prescient. Watching writers draw on that seems startling, but also, perhaps, wondrous.