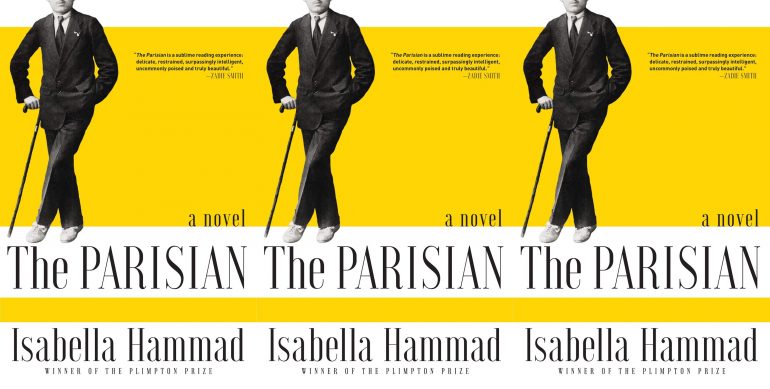 Translation, representation, cultural awareness, empathy, the immigrant experience—these topics float at the forefront of much of our current literary conversation in the United States. As an Arab American, these conversations are the ones I am naturally drawn to. I have always known, and largely accepted, that I am not fully represented in the literature that makes its way up bestselling lists and onto course syllabi or is passed down as must-reads from generation to generation. And yet, I believe that the conversation around representation is, in fact, inherently flawed: writers of various minorities are constantly called to represent their country and their identity in one neat package for the rest of America to gulp.

While I disagree with the idea of increased representation being an end of any sort, I do, however, find myself yearning for diversity in literature and so focus the majority of my personal reading on writers from my region of the world. Despite this intentionality, I only just had the experience of feeling truly represented in a book, an experience that came while reading the dialogue of the Arab characters in Isabella Hammad’s recently released historical novel, The Parisian. This book is not one of a diasporic experience—Midhat, the protagonist, lives in France for a few years, but the story is largely set in Palestine where the characters are all Arab. Even so, Hammad’s dialogue put my own family’s language on the written page before me in a way I had never seen.

As Lebanese immigrants, my extended family sometimes jokes that we are unable to utter a sentence in fewer than three languages—Arabic, French, and English. This trilingualism stems from French and British colonialism in the Levant region and also means that many privileged Lebanese immigrated to francophone and anglophone countries during the civil war. My experience is not that I haven’t read literature that preserves certain words and phrases in Arabic or French, or that I haven’t seen dialogue that splits a sentence between three languages seamlessly, or even that I haven’t encountered literature that reflects my being and experience. The dialogue in The Parisian, however, brings the pitch of voice, the exact words that one would always choose to say in Arabic, the French that family members can’t seem to help but employ in certain situations, the exact sounds of language I grew up hearing in my diasporic home to the written page of a book that is really not concerned with diaspora. Perhaps this irony is what made the experience so unique to me: I have never seen such an intimate facet of my experience represented in literature when a main concern at hand is not to represent someone like me.

Growing up in the Arab American diaspora, my relationship to the Arabic language is messy, nonsensical. My parents spoke a mix of English, Arabic, and French in our home, and most often, my sisters and I responded in English. There were almost no other Arabs in the town we lived in, so I only heard the language from my parents, on occasional phone calls with relatives, and, even rarer, on trips to visit family in Lebanon or France. It wasn’t until college that I formally began to study Arabic and found that I knew both quite a lot more and quite a lot less than I thought. The Arabic I heard most often growing up included the phrases, idioms, and words that do not translate into English with the same emotional implications and range of connotations—the exclamations peppered into a conversation here and there that, while they may have an exact translation, punch differently in Arabic than in English. In my Arabic class, I was shocked to discover that I had formed my own definitions of certain words related to the context I always heard them in and that there were many words I was unable to give a translation of yet knew exactly how to use—I had learned to understand their meaning even if I never knew their translation. This realization hit me over the head when I learned the Arabic word for dough, ’ajine. As a child, ’ajine meant the game my parents played before bedtime, kneading and rolling my arms and legs while calling, ’ajine ’ajine. I couldn’t believe my own surprise when I learned that my beloved toddler nighttime ritual actually made so much sense. I realized that I both knew and didn’t know that ’ajine meant dough; I understood it, but before that moment, I would never have been able to translate it. I live in the nebulous difference between meaning and translation.

Such was my experience reading The Parisian. The dialogue of the Arab characters brims with the same phrases, exclamations, and idioms I heard growing up and understood implicitly, the same words I could use and understand but never translate. Hammad packs a great amount of meaning and nuance into her characters just by employing the Arabic word instead of the English. The phrase “Shu nice boy?” reveals so much more about Um Dawud, for example, than the English translation could—“What do you mean, a nice boy?” The English falls flat, emotionless. By using “shu,” the word for “what” that so often gets pushed through the teeth in any range of extreme sentiment, the humorous teasing of Um Dawud’s question is unmistakable to me; I can hear my own aunts and grandmothers laughing as they say it. Um Dawud’s character expands: I learn that she is likely mischievous, sarcastic, lighthearted. All of this because Hammad preserved the “shu,” a choice that might throw off an English reader but adds immensely to the experience of someone who has spent any time with an Arabic-speaking mother, who has been on the receiving end of “shu” in all its myriad intentions.

Later on, Midhat learns that a fire has occurred in his clothing shop. After assessing the damage, his coworker and friend urge him to go home and rest. “Yalla habibi. Imshi,” his friend Hani says, which effectively means, “Come on, dear. Walk.” “Imshi” literally means both “I walk” and “walk,” the command. This common breakdown of verb forms in Arabic is one of the syntactical habits that renders it such a gorgeous, often romantic, language. By keeping this phrase in Arabic, Hammad shows the tenderness in Hani’s command. The words “habibi” and “imshi” convey Hani’s love for Midhat more so than the literal meaning of the phrase, revealing the intimacy in their friendship that allows him to use the same form you hear between a parent and child. Translating this to English would mean losing all tacit emotion.

The Arabic words strewn across Hammad’s pages follow in these same patterns—“fazee‘a,” “u ba‘dayn,” “ta‘ali,” “lazim,” etc. It is worth noting the use of transliteration into the Roman alphabet rather than the Arabic one, as well, which makes it more difficult for a non-Arabic speaker to look the words up in a dictionary; the book also lacks a glossary and usually doesn’t provide contextual definitions. As such, reading The Parisian feels like being thrown with my whole family into Palestine’s history, listening to my parents scold or tease each other in half-English half-Arabic.

While readers of The Parisian who have no knowledge of Arabic will find the book no less of an incredibly crafted tale than readers with an understanding of the language, I know the connotations and untranslatable meaning I glean from Hammad’s dialogue enrichens the scenes and characters. A bond forms between my experience and this book, the first I’ve read that shows it values my knowledge of Arabic, hazy and rather formless as it is—the collage of tongues that I for so long only experienced inside the walls of my family’s home suddenly appears in a new, public scene. Hammad writes in the sounds of my childhood, the language of my diaspora. Although none of the characters in The Parisian are diasporic themselves, Hammad’s intricate use of Arabic instills the mixed language of diaspora with a fresh purpose. She asserts the beauty of the Arabic language, preserving meaning that would otherwise be lost.