Home
»
Uncategorized
»
Laughing into the Abyss 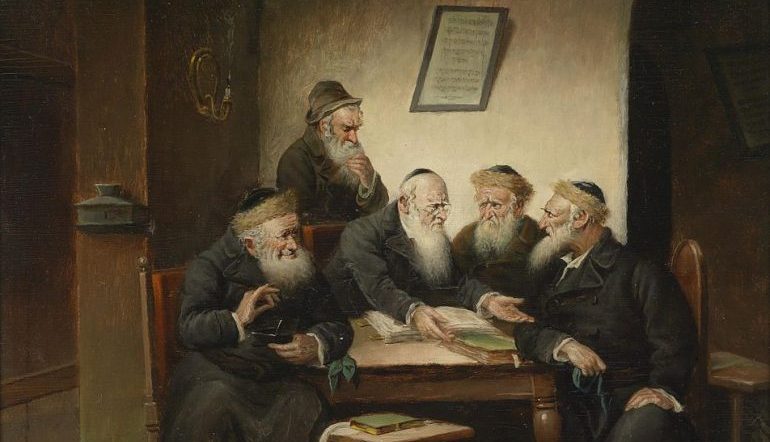 My parents went out of their way to warn me about A Serious Man, the most recent film by Joel and Ethan Coen. They’d seen it a week before I did, with several friends from their gated golf community in West Palm Beach, and because they know I’m a Coen brothers fan, called especially to tell me they’d found it offensive and mean-spirited, an unsympathetic, even nasty, portrayal of Judaism. “It’s not even worth renting,” my father said.
My parents’ tastes and my own often diverge, especially when it comes to comedy, and as soon as I heard their objections, I knew I’d love the film, and I couldn’t wait to see it. And indeed I did love it, the tale of a middle-aged Jewish father whose life slowly falls apart in a Midwestern suburb in 1967, a contemporary re-telling of the story of Job. It’s a subtle and hilarious movie, moralistic without being reductive, with the psychological complexity of Malamud, the satiric wit of Philip Roth, and the magical, folk tale inflections of I. B. Singer. In other words, it’s the most Jewish movie I’ve ever seen.
View the trailer here.
Intellectually, I understand why the movie bothered my parents so much. They particularly disliked the portrayal of the three rabbis sought out by the protagonist, Larry Gopnik, a physics professor whose wife is leaving him for another man; whose brother keeps getting arrested, first for gambling, then for soliciting sex in a gay club; whose crew-cut neighbor menaces him with his lawnmower and his hunting rifle. Larry turns to the rabbis for solace in the face of his troubles, hoping for answers to his existential questions: What does all of this mean? Is there some divine plan that accounts for my suffering? The first rabbi, barely out of college, tells him his problems are all a matter of perspective. The second tells him that these questions are unanswerable and not worth thinking about, better to just go on with his life. The third, known throughout the community as a brilliant sage, full of mysterious wisdom, won’t see him at all.

View a scene from the movie here.