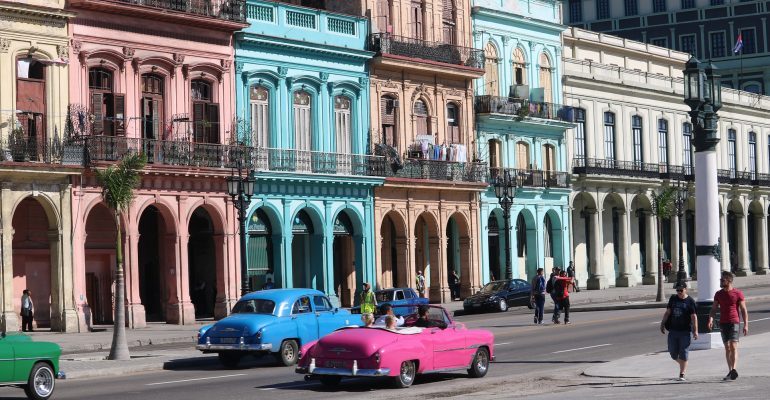 When my daughter was little, we went on a tour of Laura Ingalls Wilder sites in Wisconsin, Kansas, Minnesota, South Dakota, and Missouri. It was an endless round of log houses, sod houses, dugouts, old churches, schoolhouses, post offices, banks, jails, and depots, hand-dug wells and pump organs, replica violins and China shepherdesses and Charlotte dolls. Because Wilder’s Little House series had been important to my childhood, this trip was a simultaneous walk through history and down memory lane, and I wrote a book about it, From Little Houses to Little Women: Revisiting a Literary Childhood.

But for fifteen years we’d lived thirty minutes from another Wilder site-of-sorts, Cuba, New York, but never gone there. Cuba was the birthplace of Wilder’s father, Charles Ingalls, and a location that appears in a couple of the stories Pa tells in Little House in the Big Woods.

I’m no longer quite the diehard fan I was when I was ten, but I admire Wilder’s lyricism and remain grateful about the ways that her work inspired me. Here was this seemingly ordinary pioneer girl with no training at all, I believed as a child, who had still managed to become a writer. In adulthood, I learned that much of this was a myth, particularly the common idea that Wilder was an “untutored” farm wife whose writing sprang to life fully-formed when she was in her 60s. She’d actually undergone an extensive apprenticeship, writing for the Missouri Ruralist and other farming publications.

I had long put off going to Cuba, NY because I didn’t really expect to find much there. Cuba used to commemorate the Wilder connection with an annual “Pa Ingalls Day” celebration, featuring Civil War battle reenactments, country-western dances, historic house tours, displays of antique farm equipment, and demonstrations of quiltmaking, spinning, candlemaking, woodworking, and basketweaving. But the festival met with little enthusiasm from the town’s residents, and Cuba had moved on, never sparking the tourist industry of the Midwestern sites. Still, when you’ve written a book about visiting places related to Laura Ingalls Wilder’s work, driving down the road to Pa’s birthplace just starts to seem obligatory.

Cuba does host an annual garlic festival, featuring garlic king and queen coronations, garlic braiding demonstrations, lectures on the history of garlic, and a garlic cook-off. Clearly, Cuba retains a sense of community spirit and an ability to make entertainment with the resources of the land, themes that live on in Wilder’s books. But during my visit, I was hard put to find any overt evidence of Charles Ingalls or his author daughter: no replica cabins, living history villages, or museum gift shops selling sunbonnets, aprons, or Wilder’s books and their many spin-off series. A historical marker at the birthplace is still in the works.

My first stop was at the Cuba Library, where patrons crowded the front desk and waited in line gossiping. An aquarium bubbled peacefully near the entrance and on the magazine rack, Kim Kardashian’s boobs on the cover of Rolling Stone had been hidden with strategically placed post-it notes. As soon as she was free, a librarian searched for 30 minutes for a vertical file related to Charles Ingalls, mostly articles I’d already run across elsewhere. I also made a stop at the historical society and drove around town, and later wrote about my trip to Cuba and my mostly futile search for Charles Ingalls here.

But after I got home, I kept thinking about some papers I’d run across at the historical society related to Samuel Worthen Ingalls, Laura’s great- grandfather. He makes a brief appearance in Big Woods as a formidable patriarch whose observance of the Lord’s Day barely allows for a muscle twitch among his young sons. But the Historical Society papers show some additional dimensions: he wrote poetry, published a volume of it, and was known throughout the region as “the Unlearned Poet,” a title that prefigures rather uncannily Wilder’s reputation as an “untutored housewife.”

Rebecca Brammer speculates at Beyond Little House that Wilder inherited her writing talent from her great grandfather. The poems that survive in files at the Cuba Historical Society are somewhat dire and thunderous, documenting storms and paying tribute to notable figures in his region, suggesting that Ingalls also preceded his great-granddaughter as a chronicler of his home region’s history, weather, landscape, and characters. Wilder’s work is more authoritative, more lyrical, and less preachy. Where her great grandfather was given to bombastic pronouncements about God’s punishment and mercy, her work is more gently poetic and ultimately more powerful. But the subjects and themes they write about, hardship and courage and the natural world, are not so different.

From her father, Wilder inherited an appreciation of nature and a thirst for adventure that took him far from Cuba, NY, so there are few lingering traces of him or his family there. But while Wilder developed into a more quietly confident and more accomplished writer than her great grandfather, I was surprised to find the seeds of her talent there, in a file in Cuba, NY.