Home
»
Critical Essays
»
Laurie Colwin and the Power of Domesticity 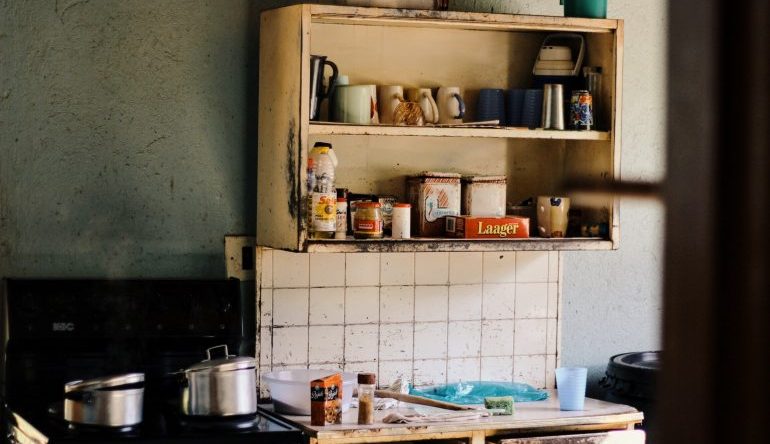 In Laurie Colwin’s short story “The Lone Pilgrim,” the unnamed narrator describes her longing for the domestic lives of others: “Oh, domesticity! The wonder of dinner plates and cream pitchers…We domestic sensualists live in a state of longing, no matter how comfortable your own places are.” What the narrator desires more than the jelly molds and the cream pitchers in her hosts’ homes, is a connection with others. She longs for a romantic relationship not only because she is lonely, but also because she sees how a deep connection with another person can lead to an expansion of the self: “No matter how orderly, measured and careful my arrangements are, they are only a distillation of me, not a fusion of myself and someone else. I have my domestic comforts, except they are only mine.” Domestic happiness is possible for the solitary, but the true power of domesticity lies in its ability to bring people together.

The essays in Laurie Colwin’s Home Cooking (1988) and More Home Cooking (1992) expand on the idea of domesticity as a force of change, resistance, and connection. Each volume provides specific ways we can make our home lives a bit cozier, tastier, and more appealing through cooking and Colwin provides essays to help us along the way. They are short memoirs told via her experiences cooking for others and for herself. Colwin is particular about her likes and dislikes and not a little bit bossy. She tells you how to make the best fried chicken (“Mine is the only right way and on this subject I feel almost evangelical.”), the essentials one needs in the kitchen (two knives, two wooden spoons, two spatulas and so on), how to throw a dinner party in such a way that you will not become separated from your wits, and why you should attempt to throw a dinner party in the first place (“…you will be helping to keep the wheels of society spinning in an effortless and graceful way and no one will know how antisocial you really are”). Depending on your temperament or the mood you’re in when reading the essays, Colwin’s emphatic proclamations can feel either liberating or alienating.

Yet beneath all of the advice, recipes, and techniques runs a subtle, political message about the power of domestic happiness to affect social change. Colwin’s focus on domesticity is about reclaiming the home as a locus of connection with family and with the outside world. Home is both a place to recuperate from the outside world and a place to let the outside in. Home is a safe haven for experimentation in the kitchen and in conversation with others. Colwin’s essays present the case that domestic happiness is not a luxury, but is instead vital to both the personal and the political. For those who might not be comfortable protesting for social change in the streets, Colwin suggests beginning in the kitchen.

For Colwin the dinner table is a microcosm of the world she wishes to inhabit, and everything reverberates outward. “The table is a meeting place,” she writes, “a gathering ground, the source of sustenance and nourishment, festivity, safety and satisfaction. A person cooking is a person giving: Even the simplest food is a gift.” The dinner table is a place of refuge but not a place of retreat. The personal and the political meet at the dinner table because one reflects the other. There should be no discrepancy in how people are fed, treated or discussed inside or outside the home. In her essay “Feeding the Multitudes” she discusses cooking for student protesters during the Students for a Democratic Society takeover of Columbia University academic buildings in 1968, and also volunteering in the kitchen of a women’s shelter near Penn Station. Cooking is Colwin’s form of political activism, it is her way of helping to shape a more inclusive society where all are accepted and provided for, and no one falls through the cracks.

One thing she does not do is broker in nostalgia for a time when gender roles were entrenched and traditional families were the norm. In fact, Colwin often writes about how she is haunted by these traditional stereotypes and her techniques for ridding herself of these demons while still engaging in what has often been referred to as “woman’s work.” The key to reinventing women’s domestic work is to borrow from the past with respect, rather than reverence, and to view everything with a bit of skepticism. As she writes in the introduction to More Home Cooking, “For every overworked professional woman of the nineties there was a depressed, bored, nonworking housewife of the fifties. We cannot go back in time. Instead we must reinvent life for ourselves.” Reinventing life does not necessarily mean abandoning older traditions, such as sitting down to dinner with family or friends. Rather, the act of eating a meal together is a significant way of enacting social changes because it allows us to model the world as we wish to see it rather accept the world as it is: “The fact is, family is variable, but our stereotypical image of it is not… We must sweep away these old, ingrained images and lighten up: The world is full of possibilities.” Everyone needs sustenance, both emotional and physical, and therefore the dinner table should be reframed as a space of possibility rather than necessity. It is where we can experiment with and be exposed to new foods and new ideas.

Just as the idea of home should and often is associated with feelings of comfort and safety, home cooking should be, first and foremost, delicious and uncomplicated. Social change cannot begin in the home if people will not even sit at the table. Though Colwin is slightly intolerant of picky eaters, she is nonetheless willing to try to accommodate everyone, employing an attitude that could be applied to the kitchen or to social activism: “Host- and hostessing, as we know, is often a heroic endeavor, requiring daring, ingenuity, a desire to take chances and a concern for others. These traits are also called for in saints and Nobel Prize winners.” Colwin might express exasperation with a friend’s decision to not eat red meat or wheat, but what comes through more loudly is her willingness to listen to her guests in order to bring them to the table. Communication begins before we even sit down at the table; what people eat and do not eat provides a window into who a person is and what they believe. Dining with others is therefore a political act and, if we are lucky, can open the door to change and understanding. Even Colwin, who in Home Cooking, gently made fun of the various dietary restrictions of her dinner guests, alters her way of thinking in More Home Cooking, when she writes, “My future is clear before me. I am going to sit around trying to figure out delicious and interesting things to feed people that are actually good for them.” But for personal or political change to occur we must be willing to listen and experiment.

Colwin is acutely aware of the dissonance of writing about food when so many people are going hungry. She recognizes that she is writing from a position of privilege when she states in the Introduction to Home Cooking, “These essays were written at a time when it was becoming increasingly clear that many of our fellow citizens are going hungry in the streets of our richest cities. It is impossible to write about food and not think about that.” In foregrounding issues of hunger and poverty, Colwin politicizes these essays; by valuing the power of domestic happiness and domestic work to affect social change she reinvents and politicizes older, strongly ingrained notions of domesticity and women’s work.

As a novelist Colwin continually engages with the idea of domestic happiness and its various paths and forms. Her novels are slim, quiet, and interior. They often describe the experiences of groups of well-educated, upper-middle class Manhattanites. She has been compared to Jane Austen. The drama that occurs in Colwin’s fiction is often of the domestic kind and it is the drama of everyday life: falling in love, infidelity, heartbreak, child rearing, and friendship. The revolutions occur within and are resolved when the main characters embrace domestic happiness or decide they are worthy of domestic happiness. Love, in Colwin’s novels, is frequently presented as a chronic condition one has to work around or grudgingly accept as an unfortunate aspect of life. Romantic love, and the domestic happiness that comes with it, is presented as unexpectedly radical because it is something that is constantly resisted or set aside in order to focus on more pressing social concerns.

Colwin’s food writing is, in some ways, a response to her fictional characters who first resist and then accept and are transformed by their own domestic happiness. Domestic happiness, as characterized in Home Cooking and More Home Cooking, does not require a refutation of personal independence or beliefs. A happy home is a home that welcomes experimentation, differing opinions, and a belief that a change in palate or a change in opinions is possible. Because Colwin is writing from the perspective of a married mother who works from home, one might feel that her viewpoint values home and hearth over another path in life. I disagree. What comes through most loudly in these essays is Colwin’s fervent belief that a safe, welcoming home where you can make and eat delicious food should be a right rather than a privilege. An open and brave home leads to openness in society. As she writes at the end of her essay “Stuffed Breast of Veal: A Bad Idea,” “…always try everything even if it turns out to be a dud. We learn by doing.” Colwin’s food writing is a reminder that whether we are protesting in the streets, trying a new recipe or bringing different people together around the dinner table, both small and large acts are worthwhile and powerful, and that happiness within the home can lead to radical transformation without.