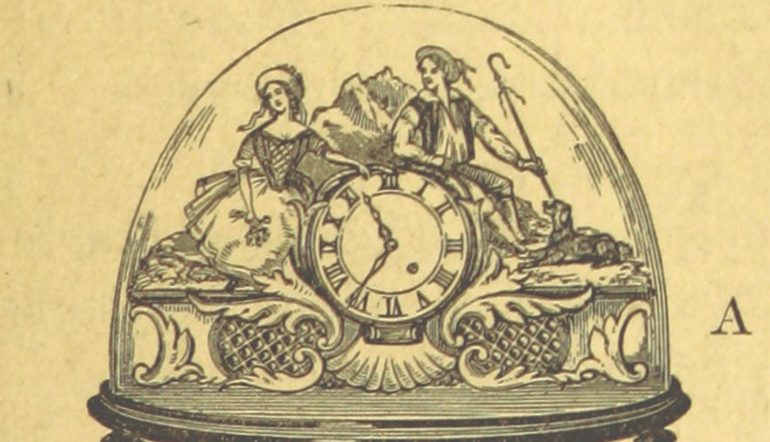 I’m a late bloomer when it comes to loving long poems. Maybe because the first adult poet I ever read was Emily Dickinson, or maybe because I have a short attention span, I’ve always loved brief poems, which seem crystalline, condensed, finely wrought. I read Whitman around the same time that I read Dickinson, but was overwhelmed. A few small bites of Whitman and I was full—there was no hope I could read his sprawling, long pieces all at once. When I got older, I frequently skimmed long poems unless they were broken up into sequences.

Recently, though, I’ve been increasingly interested in reading against my tendencies, rather than solely into them. Whether or not I love a piece, I’m always invited into a previously-unconsidered perspective; It’s not hyperbole to say it enlarges my view of humanity.

And then a conversation on Twitter sparked an epiphany: I saw a poetry conversation (fostered by Paige Lewis and Kaveh Akbar) about the way long poems insist on taking up space, taking up room, and can thus be seen as powerful political gestures, especially for writers of color, queer writers, and women writers. This notion struck me powerfully. I’ve been wired since girlhood, by factors ranging from my Catholic upbringing to low self-esteem, to shrink, to make myself smaller, to avoid bringing attention to myself. Perhaps, I decided, my comfort with small poems had underpinnings I should interrogate.

As I started seeking out long poems, I wanted to look specifically at those that were not book-length and not sequences: I was specifically interested in how long poems worked to keep their readers’ attention without being broken up into smaller parts.

If you’re a poetry theory geek, you might be familiar with the argument that all poems are essentially persuasive—that all poems are rhetorical devices. It’s easy to see this at work in many poems from The Ancestors: Shakespeare’s sonnets spring to mind, or the “psycho-rhetorical” approach of Wordsworth, to borrow a phrase I love from a literary scholar. To what degree contemporary poems are rhetorical is an interesting question, but once I started focusing more on long poems, I saw this mode more frequently (or perhaps just more overtly). This works as a brilliant strategy to keep momentum: when a complex argument is unfolding, the readerly impulse is to see where it leads.

Take Tomás Q. Morín’s “Patient Zero,” the title poem of his 2017 collection. The poem begins with a quote from blues legend Son House: “Love is a worried, old heart / disease” and Morín takes it as the poem’s project to trace that disease back to its origin. In other words, when it comes to love, who was Patient Zero? As the poem unspools, Morín investigates different possibilities: was it the animals? No: “the love lives of birds and fish, / even rough rabbit love, are more perfect / in their simplicity than we can ever hope to know.” As Morín tests different hypotheses, it’s worth noting, too, that the whole poem unfolds in just two gargantuan sentences: another way that long poems often keep their pace quick to hold readers. In the end, Morín’s thesis is a lovely surprise:

if we are to be good scientists we must investigate

the moment when the sons of God made themselves known

to the daughters of men

before we turn up a singer strumming

about how her angel traded his feathers

and in so doing became the first man she ever knew

These beings, part human, part divine, deeply flawed, are the source of our “sickness,” the patient zero, whose love is “something, and divine, and endless.” The thesis is pronounced, the exhaustingly long sentence ends, and the reader can breathe again in the resonance of the poem’s conclusion.

Scottish poet Richard Price also makes use of long poems in his book Small World. This is a collection with a narrative core—Price recounts a near-fatal illness that afflicted his partner. So Price has this already on his side in asking the reader to engage with long works: each is a slice in a larger narrative, a little like a chapter in a novel. A poem like “Relatives Room” recounts Price’s experience as the non-spousal partner of the ill; he is in a liminal space as one who is not technically a “relative,” and as one who has no idea whether his partner will survive. Price makes use of several characteristic long poem moves. For one, he relies heavily one repetition, beginning the poem with the line “In the Relatives Room you don’t know” and repeating it (or its variant “In the Relatives Room you know”) fourteen times. (This, of course, was a favorite technique of Whitman’s to keep poems zooming along; Price borrows another by using long lines.) He also turns the poem into a catalog—what else is there to do in a medical waiting room? Price chronicles the other families, the coffee, the flowers, his partner’s clothes in a bag he carries, and, especially his own thoughts:

In the Relatives Room you can’t remember

a single number to phone.

You know where your memory is:

In the end, the speaker’s restless mind settles on the difficult work of informing his partner’s relatives of the situation, bringing all the poem’s repetitions together, like rolling tight a ball of yarn. “You know there’s only one real relative to phone,” the speaker says, the word “real” here charged with a sense of sorrow. “You shouldn’t phone. What’s the point of phoning? / You phone.”

Morín and Price both exemplify the power of the long poem in different ways. As a Latinx writer, Morín fits into the notion of a writer of color insisting on space, reclaiming, to paraphrase Maxine Waters, his time. For Price, the decision is more an aesthetic one: to dwell determinedly in a space of discomfort and uncertainty, to face trauma and refuse to look away. In an era of social media distillation, the sound bite, and the quick take, long poems, then, are a gesture of resistance.