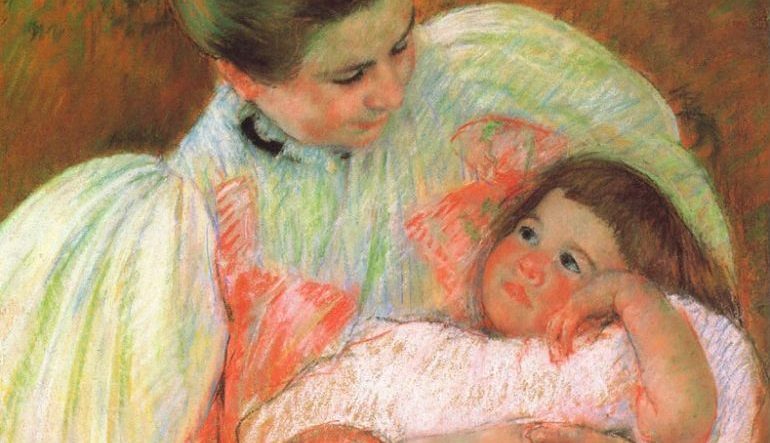 “The baby is dead. It only took a few seconds.” So begins Leïla Slimani’s French bestseller, recently translated into English by Sam Taylor. The thriller won France’s Prix Goncourt—Moroccan-born Slimani is only the twelfth woman to win the prestigious literary award in its 113 years—although it uses an American news story as its source. In 2012, nanny Yoselyn Ortega killed two of her three charges, Lucia and Leo Krim, ages six and two, in their Manhattan apartment (and was found guilty last week), a peg that provides a sense of nonfiction immediacy to this tautly-constructed novel, especially considering the real-life nanny’s trial is ongoing.

The scene that follows the declaration that the baby is dead—the two children in the bathtub, the stunned nanny sitting there as the mother walks in to the carnage, the “she-wolf” howl the mother releases—are all culled from the testimony of the real-life tragedy, but Slimani’s fictionalized version spotlights the lead-up to the horror. Giving away the ending of the thriller in the opening pages allows for a depiction of the unraveling of domestic life, following a family the moment the mother decides to return to work after having children, all the way through the nanny’s spiraling descent into murder.

Like Lauren Collins, who wrote about the international phenomenon that inspired this book for The New Yorker in January of this year, not a day has gone by since I finished reading that I haven’t thought about it, puzzling through its messy woman-punishing implications. The book is slim, which makes reading it in one gulp inevitable. Collins wrote “the book felt less like an entertainment, or even a work of art, than like a compulsion.” It disturbed me almost on a cellular level, partly for its complete ability to suck me in, but largely for its depiction of a working mother who “wants it all,” which Maureen Corrigan called a “guilt trip” for working mothers. In fact, much of the criticism against the book has been in this vein, and that reading—that the last thing we need is a grisly thriller that so thoroughly castigates a woman who works rather than stays home with their children—is certainly plausible given the book’s focus on the mother’s joy at leaving her children home. But in the pages of The Perfect Nanny I also found something else: how consuming and ruinous women’s desire can be in a culture that doesn’t allow for it.

The parents in the fictional family, Myriam and Paul Massé, live with their two children in Paris’s up-and-coming 10th arrondissement. Paul produces records and Myriam, once a brilliant lawyer, has been “confined to the world’s edge” as a stay-at-home mother. When a chance meeting one day affords her the opportunity to return to work, which would“fulfill [her] fantasies of an idyllic family life,” the family sets out to hire someone to care for their children—“not too old, no veils, no smokers,” stipulates Paul, with more than a hint of racism. The couple’s friends also caution that if the nanny has children herself, it would be better if they were back in her homeland. Myriam herself is, like Slimani, North African, but agrees with Paul that ethnicity is important here, since she doesn’t want the nanny to think the two of them share any camaraderie, “asking her all sorts of favors in the name of their shared language and religion.”

Enter Louise, the perfect nanny, whose husband is dead and whose own child no longer speaks to her, and who looks like a “little doll,” her makeup overdone and her frame dwindling. Louise, although French, is a woman on the margins of society, a ghost who looks forward all weekend to Monday, when she can be with the family again; She wants so desperately to belong to them. “Solitude was like a vast hole,” writes Slimani of Louise’s life without any family of her own, “into which Louise watched herself sink. Solitude, which stuck to her flesh, to her clothes, began to model her features, making her move like a little old lady.”

As the book approaches its inevitable ending, we see the ways Louise borrows a sense of necessity and importance from the children, and the ways that backfires. Louise horrifies Paul Massé one night when he arrives home from work and finds Louise has made up his young daughter with makeup. “He has the feeling,” writes Slimani, “that he has walked in on something sordid or abnormal. His daughter, his little girl, looks like a transvestite, like a ruined old drag queen. He can’t believe it. He is furious, out of control. He hates Louise for having done this.” The little girl is delighted until her father’s anger breaks the spell. Louise, meanwhile, remains impassive as the father berates her attempts to play with the child.

Late in the book, Louise pulls a rotting chicken carcass out of the trash after Myriam has tossed it. She commands the two small children to eat all the flesh off of it and then leaves it on the table for Myriam to find, without a scrap of meat left on it, as perhaps a warning or a sign of what’s to come. Louise feels tired and beat down by the task of caring for two small children, much as Myriam did before she hired Louise. She also, however, wants the Massés to have another baby so she is not discarded when the children go to school, so she can secure her necessity to the family. The children come to symbolize that both Myriam and Louise want far too much out of a society that is not prepared to give them much of anything. Myriam wants to work despite her small children, Louise wants to belong to the children at the same time she wants to get rid of them. She chooses family where Myriam chooses work. Neither is fulfilled, and neither can truly have what they most want.

This dynamic between mother, nanny, and children pits work and home life against one another, but also shows the way women live on the fringe of society, and the negotiations they make in order to belong, to be needed, and to be happy. That women must continue making these negotiations is as unsettling as the knowledge that this novel is based on real-life events. The Perfect Nanny raises questions about women who want more out of their lives, and the ways they are punished for wanting what seems like too much—questions that seem impossible to answer, but are important nonetheless.