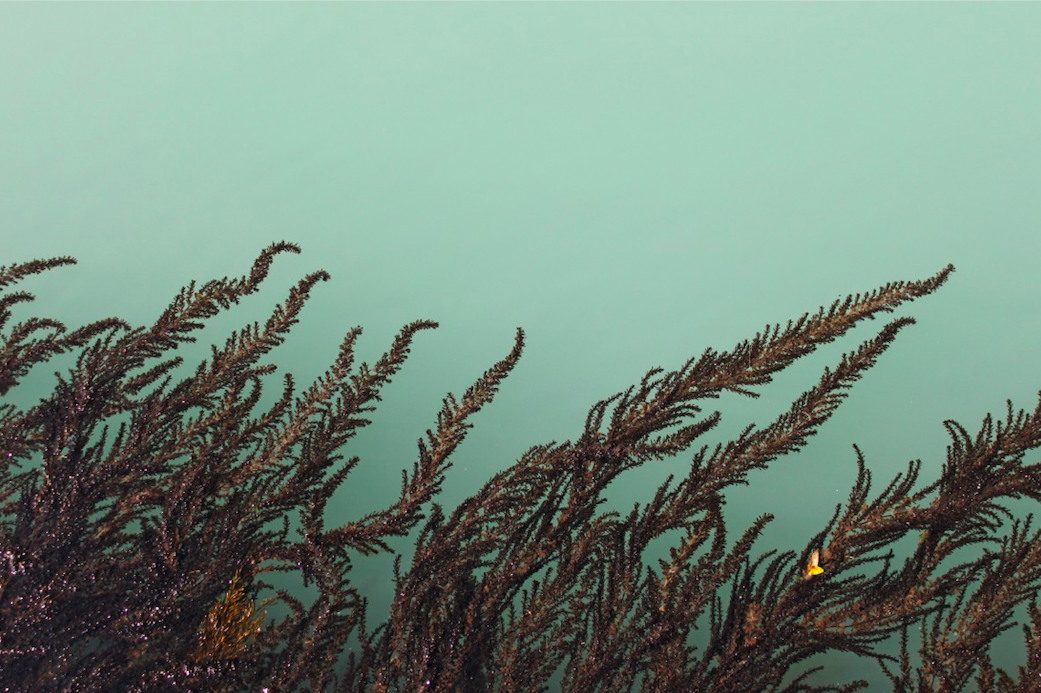 On the recommendation of a friend, I’ve been playing Dialect during quarantine. It’s a game about language. According to the game’s creators, “Language tells a story. Woven into the way we speak, we reveal what we care about, where we come from, and who we are.” Players choose from a handful of post-apocalyptic scenarios: colonizing a new planet, speaking in code under authoritarian rule, and developing a barricaded utopia are some of the “Backdrops” offered. When I make decisions about the role I will play and study the etymology of the words I choose to fabricate, I learn the game’s thesis to be true. Dialect has not only served as an excellent bit of escapism, but for me it’s brought into focus the decisions some of my favorite writers have made regarding language in their own speculative worlds.

When I speculate on speculation, meta-speculate, my mind goes to Florida. My home state is overrun with speculators: that enterprising folk who impose their fantasies on a place, package it, and attempt to sell it to others. Speculators have perpetuated the construction and destruction of Florida for thousands of years on an incomparable scale. Hurricanes wipe out whole communities, rockets explode on platforms, hectares of farmland are inundated by flood, yet they always rebuild. As such, Florida is in a constant state of post-apocalypse. Authors are not immune to this speculative affliction either, though when they set their fantasies in Florida, it’s a much less capitalist fabrication.

Russell Persson’s 2017 novel The Way of Florida isn’t the creation of an entirely new world but instead is a reimagining of the world drawn by the conquistador Àlvar Núñez Cabeza de Vaca in his narrative of the failed Narváez expedition. Florida in the 16th century is so far outside of our field of vision today. All we know of it then was that it was a tough land populated by indigenous tribes who defended it tooth and nail and that its interior was a nearly impenetrable fortress of overgrowth. To reimagine this vintage of the state is akin to building it anew. Instead of choosing to recreate the physical landscape though, Persson chooses to rebuild the language of the conquistadores who came unto it.

The narrator, presumed to be Cabeza de Vaca though it’s never stated, thinks to himself, “Unlike any other sound there are certain sounds only your own hand can make. Or what I can not hope to describe but you must believe in the silence the note is beauty the note is clear to me.” The narrator is self-referential, makes direct address to the reader, and ruminates on the nature of communication itself. This is all in the context of the death and suffering his crew encounters and creates in La Florida. It’s a post-modern manner of speech and a departure from the traditional narrative voice one would expect from a 16th-century conquistador. It is also a sign from the writer that things are not what they might seem. I’ve learned that when a storyteller admits clearly their opacity, this is when a book becomes a game of linguistics first, and a narrative second. It’s a technique reminiscent of Poe short stories in which the unreliable narrator brags about their clarity of vision—an invitation for the reader into a linguistic scrum. It should come as no surprise then, when the narrator says, “I doubt the shape of this world.”

Death is the key to unlocking the secret language of The Way of Florida. It’s the only challenge to the Spanish conquistador’s unflinching faith in God, and in the moments near death Persson’s creation is laid bare. Take a section of the book called “We Builded Boats and Died.” In this chapter, the remaining crew attempt to leave Florida and find Spanish territory, but they end up adrift in the Gulf of Mexico until their provisions are gone. One after the other, they die. The narrator says, “To recall this now is a double knife at once in service and then also turned inward. I revisit this in full and clear sight. My sins have got me here and so I left them here in night when awake among them all I turned my body and sent them all downward and aside.” The irony in the narrator’s near-death recollection lies in a statement he’s made earlier in the book. He says, “I have never put much study on the final words of a man dying.” So, are we to believe anything that he’s observed in these moments near his death? His clarity is contradicted by statements made under better health. Also notable is Persson’s writing style in this passage. The shirking of grammar rules, a run-on-sentence-stream-of-consciousness style used in the rest of the book, indicates the narrator is giving himself over to another power.

These questions of reliability and stylistic risks are the weapons the writer chooses to employ in a playful battle with the reader. Reading The Way of Florida, I’m left contemplating how I recall memories set against this landscape. My near-death scrapes with subtropical rainstorms, the jaws of alligators, and sports cars may not be today what they were in the moment. It’s a provocative approach the reader must open themselves up to. Still adrift in the Gulf, the narrator ruminates on this. “In night we capture ourselves inside us,” Persson writes, “and go visit those ensaddened rooms where the moments so darkly drawn and brought back again with new light and new edges like a hand who disturbs the tapestry inside the fresco so this visit repaints a life already been, untrusted and believed at once for the visit is what he calls the visit alone is the matter.” This passage is acknowledgment of the game by the author and a beautiful ars poetica wrapped up in one.

Importantly, there is no creation of language, just reinvention. Even the first communicators reflected the language of the animals and stars. This is the case for Denis Johnson’s 1985 novel Fiskadoro. Whereas Persson reimagines pre-Florida, Johnson takes the more traditional speculative approach of imagining a post-Florida world. The book is set in the Florida Keys after a vaguely described nuclear war. Regarding the inhabitants of this world, Johnson writes, “They didn’t even know, most of them, that Twicetown had been called Key West in the other age. But dud missiles had fallen there not once, but twice, giving the town a new name. The missiles still lay where they’d fallen. Many of his fellow citizens didn’t even know what they were.” The survivors have been spared by two dud missiles and often give thanks and praise to their various mythical Gods—an Allah they know very little of and Bob Marley, to name two.

Knowledge is limited in the world of Fiskadoro, only arriving to Twicetown on waves: the ocean and the radio. Many of the residents survive by fishing, hence the title of the book. “Fiskadoro,” the eponymous protagonist of the book, is a hybridism, defined in the book as potentially meaning “Fisherman” or “Harpoonist.” The word’s closest proxy in our world is “pescador,” the Spanish word for fisherman. It makes sense. The language of Twicetown is a creole of Spanish, Patois, French, and English. News and music arrive to them by Cubaradio, the national broadcast of Cuba, which has somehow survived as a nation. Aside from its isolation, it’s not dissimilar to the Florida Keys of today.

In the course of fishing, the men bring back tales of other villages and souvenirs like “a half-pint bottle of Kikkoman Soy Sauce.” The most valuable of all things in this world, though, is knowledge, because with knowledge comes the expanded lexicon to express hope. Fiskadoro’s ill-fated bildungsroman is the novel’s thrust. He sets out on a journey of seeking that what he does not know: a thirst laid out early in the book. He takes music lessons from a father figure, Mr. Cheung. “Fiskadoro,” Johnson writes, “carried with him his clarinet in the briefcase called Samsonite.” The briefcase, once a symbol of corporate import, is now a vessel of creation. Where language and industry meet are where the conflict of the book exists. The character known as Cassius Clay Sugar Ray must trade a book about Nagasaki for a boat. In justifying his actions, he tells fellow Twicetowners: “But I took the book and I readed part of the page one to him, so he can me as a schooled aficionado of words.”

Waves, and thus information, come in fragmented sets to the isolated Twicetown, an actuality reflected in the names of characters. Billy Chicago, Bobby Calvino, Harvard Sanchez, and Beer Wilson are Twicetowners whose names carry remnants of the past. Given the severe circumstances under which the characters in Johnson’s book live, it’s inevitable they too will suffer their own apocalypse. Will their names be vessels of memory carried out by the tide into the sea to a land of survivors, distilled down to their essence? Names, I can’t help but think today, are containers of history. By repeating the names of George Floyd, Breonna Taylor, Ahmaud Arbery, David McAtee, Michael Brown, Eric Garner, Tony McDade, and Trayvon Martin, protesters are ensuring their place in history.

Fiskadoro is timeless in its inclusion of pop culture, but also in the way a culture in isolation is drawn. I wonder how close we are to isolation right now. If we ever lost our ability to connect digitally, what would our dreams and creations be like? Mr. Cheung has a little knowledge of the past. His mother is one of the oldest Twicetowners and she can recall time before the nuclear wars, though she doesn’t communicate much anymore. He carries her knowledge and thus, hope. “Someday the Quarantine will end,” he says. “We won’t be poisonous forever.”