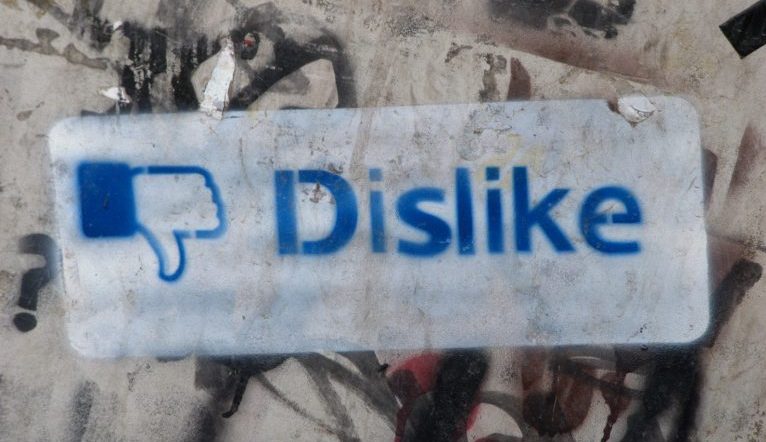 When I was a junior in high school, we read The Great Gatsby in English class. I hadn’t read the book yet, but I knew the rest of my family hated it. (They’re Hemingway fans.) “Ugh, that Daisy,” my mom said. “Who cares?” Obviously a lot of readers care about Daisy and Gatsby, but many readers also place a priority on likeability.

On popular review sites, reviewers refer to everyone from Jake Barnes and Lady Brett Ashley to Jane Eyre and Mr. Rochester to the cast of A Visit from the Goon Squad as unlikeable. Part of this is a personal taste issue, but it also deals with what kind of people we want to surround ourselves with. A novel that’s over three-hundred pages long is a fair time commitment—it can be grating to spend that much time with a character you wouldn’t want to interact with on a daily basis. Likeability is about ease and comfort and a kind of emotional bond. Connected to that is the issue of relatability, which NPR host and producer Ira Glass brought up when he tweeted that Shakespeare’s plays and characters aren’t relatable. Although Glass later admitted that his remarks were “off-the-cuff,” he brings up an interesting point about literature. We read about other experiences to expand our world view and to see life outside of our own. But how is that possible if we don’t have a way to access that alternate world, if we don’t have some way to relate to the characters and their particular situations? Indeed, these are the kinds of works of literature that leave us cold. At the end of the novel or play or movie, we set aside the book and think “Who cares?” Why would you waste your time with characters you don’t like and situations you can’t relate to?

As a YA author, questions of likeability and relatability are of particular importance to me. Both in life and in literature, the teen perspective is often disparaged as immature and inconsequential. But aren’t angst and frustration and elation common responses to growing up, even if these emotions are short-lived or overly dramatic?

Recently, I saw a production of The Whale by Samuel D. Hunter, which features a cast of very flawed characters. At the talk-back after the show, the audience found connections with most of the cast—from the morbidly obese, self-destructive Charlie to the Mormon missionary Elder Thomas to the enabling nurse Liz. But overwhelmingly, the audience could not connect with Charlie’s daughter, Ellie, who is one of the cruelest, angriest characters I’ve seen.

The New York Times review of the original production referred to Ellie as a “glaring caricature of a troubled teenager, a misfit determined to out-mean the mean girls,” but I feel that this is deeply dismissive of the character. She’s not some shell of a mean girl who makes cutting remarks about her father’s weight. Just as Charlie uses food to hurt himself and push others away, Ellie uses insults and aggression and pure rage. (If the play’s characters were reduced to the seven deadly sins, Charlie would be Gluttony and Ellie would be Wrath.) She’s been emotionally abandoned by both parents and, as a result, has learned to violently cut everyone out of her life before she can be rejected again. She’s unlikeable and I wouldn’t want to get coffee with her, but that doesn’t mean that she’s not a valuable or sensitively drawn character.

So where does this leave readers? How can we judge works of art outside of what kind of relationships we want from characters and what kind of personal connection we expect from their challenges? I charge readers to remove “likeable” or “relatable” from their review vocabulary. These responses are limiting to our own reading experiences and what we can expect from works of art.

Instead, I ask readers to focus on what is human and what is pressing. A character may be likeable or unlikeable, but what is it about him that feels human and true? What about her touches on what is most real in the human condition and experience, either in small or large ways? And a story may be about something that we can personally connect with, but what about it is pressing? What about this story feels necessary in some way? This isn’t about a character on any other day, going about his or her business—what about this time and place and challenge is urgent and about the deep changes and challenges we all face at some point? It may or may not be something that a reader can personally relate to, but why does it feel necessary? Maybe the responses will be “this doesn’t feel human” or “this doesn’t feel pressing”—and that’s okay, too.