Home
»
Writing
»
Lilies in the Yard: On Getting Away 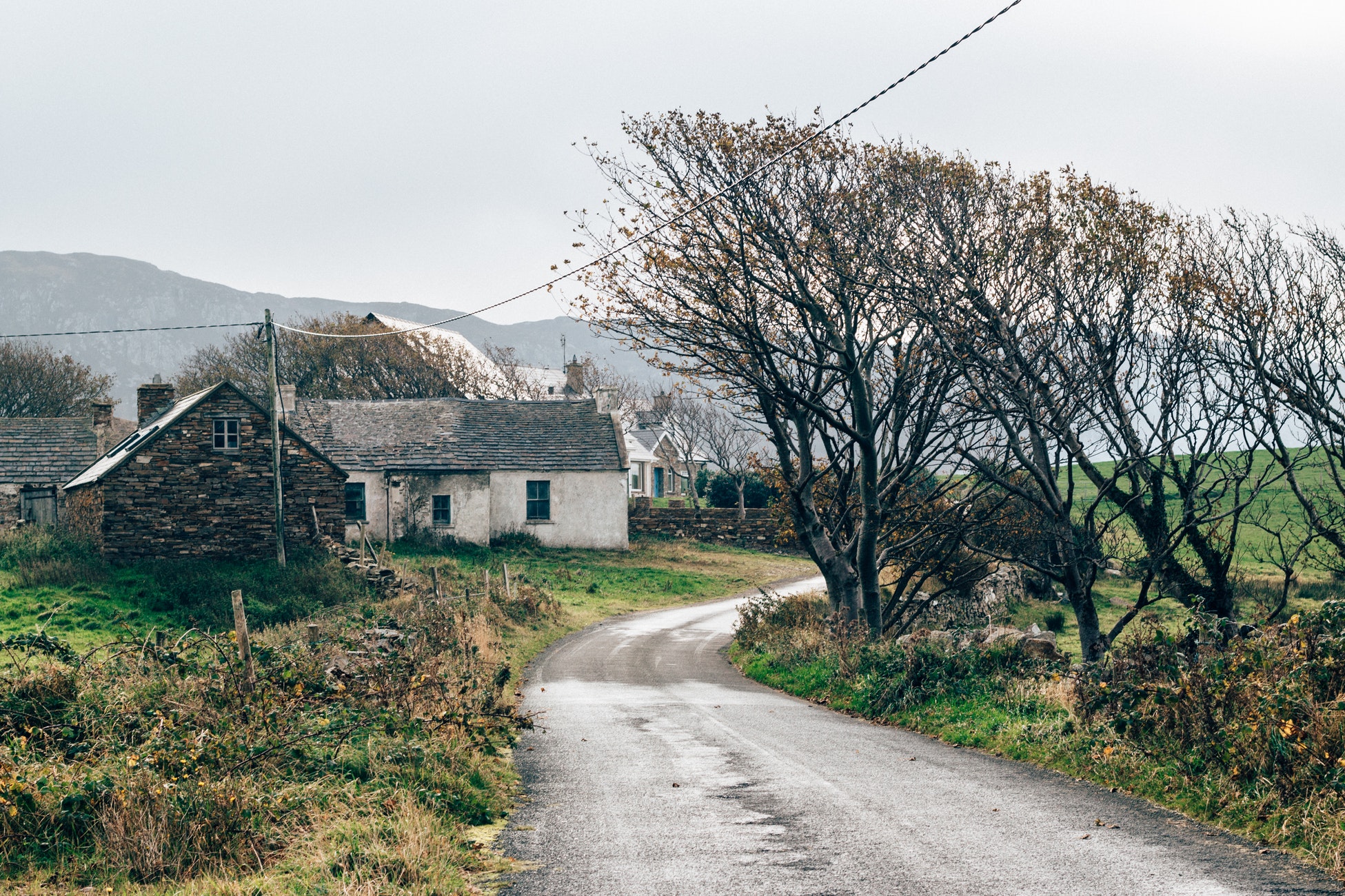 I reread Sylvia Plath this summer on a fairly remote island off Ireland’s Connemara coast. Plath had been there once—just for the day—in September of 1962. She and Ted Hughes accepted an invitation from the Irish poet, Richard Murphy, to visit him at his home in the country’s heralded west. They were in the midst of their well documented marital turmoil. Murphy became desperate during the couple’s five-day stay, clearly internalizing the strain of a relationship in ruin. Seeking a diversion from the palpable tension, he organized an outing to a nearby island. It was this same place to which I arrived some 50 years later with a copy of Plath’s unabridged journals, a pair of walking shoes, and some empty notebook pages to teach a couple of writing workshops.

As far as diversions go, the island is a compelling one. Clocking in at just 6 square miles, the landscape is almost lunar with rocky outcroppings poking from beneath grassy bulbs of bog. Hilltops and cliff faces perch precariously above swaths of luminescent ocean (that is, if the sun comes out), and the ruins of a Cromwell-era fort and far-flung flocks of spray-paint-speckled sheep lend some proofs of life past and present. “Sunlight, turfsmoke, seagulls, boatslip, diesel,” the poet Seamus Heaney would write of this place, entranced and a little frightened by his crossing to it in the early 90’s. More recently, the author Karen Russell released a short story about an unnamed island nation, unabatingly emerald and, like so much of Russell’s work, a bit beautifully haunted. Of the land she writes that the bogs are:

watery mires where the earth yawns open. The bottom is a breathless place—cold, acidic, anaerobic—with no oxygen to decompose the willow branches or the small, still faces of the foxes interred there. Sphagnum mosses wrap around fur, wood, skin, casting their spell of chemical protection, preserving them whole. Growth is impossible, and Death cannot complete her lean work.

History seeps from the sodden ground of this island—site of shipwrecks, staging post for the Irish rebellion, a refuge for pilgrims visiting a revered medieval monastery. The people of the island are as spare as the look of it. As locals tell it and the Irish census begins to corroborate in the mid-nineteenth century, the 3,000 inhabitants were decimated by the British colonial stranglehold that became the Great Hunger. Between 1840 and 1900 the population cleaved in half—starved out or drawn away by the glimmer of emigration. On a clear day, from the shore of a low lying beach on the island’s west end, you can see hollow, unthatched roof gables eerily dotting the horizon line of a neighboring island. This view is an ostensible graveyard; the residents, pained and frenzied by their hunger, have long since abandoned their dwellings. When Plath visited in 1962, there were roughly 250 residents of the island. When I arrived this summer, after subtracting the errant birders, French bicycling enthusiasts, and my journal wielding students, the full time population is just 150 souls.

Despite her heavy-hitting verse and the wealth of excellent scholarship dedicated to it, Plath still remains a poet much associated with the angsty youth of girls. The Bell Jar conjures, appreciably, secret notebooks, fruity spritzes of perfume, and halfmoons of chipped nailpolish clinging stubbornly to short clipped fingernails. Plath’s prominent place in our adolescent readerly formations, though, belies her commitment to the difficult labor of her writing. “So much working, reading, thinking, living to do!” Plath writes in her journals. “A lifetime is not long enough.” The ephemerality of a writer’s working life proved, for Plath, unnervingly truncated. I imagined her often this summer sailing to the island—lying with her shoulder blades pressed into the shiny wood of the bow of Murphy’s restored Galway hooker, face upturned watching the gulls and corncrakes threading through the slice of the crimson canvas sails, thumbing through a dog-eared book in the mist of a stinging salt water spray. Or maybe strolling the east end village, picking up a handful of seashells from the beach, and scribbling notes, images, snatches of conversation in a leather bound diary. It struck me then: while most people take a vacation to get away from their jobs, writers travel to dig yet further into their work.

Plath is hardly the first writer to take an excursion in search of inspiration. Herman Melville, the most celebrated novelist of the American Renaissance, signed a contract with the whaling ship Acushnet in 1841 headed for the South Pacific. When he and a buddy deserted the crew in the Marquesas Islands, it furnished him with enough raw material to compose his first book of fiction, Typee: A Peep at Polynesian Life (1845). It was by far the most commercially and critically successful work published during his lifetime. The oft overlooked transcendentalist and proto-feminist Margaret Fuller left the boys’ club she had long organized and edited in New England to travel to Italy in the 1840’s where she found a love affair and chronicled the unfolding drama of the Italian revolution. When she attempted to return to the States with her new husband, infant, and a voluminous manuscript, her boat ran aground in New York harbor so close to land it could be seen from the shore. Though all were drown and most of the cargo was washed away or looted, Ralph Waldo Emerson still sent a young Thoreau to comb the beach in search of Fuller’s life or letters. At the turn of the century, Sui Sin Far, an American journalist who worked throughout Canada, the U.S., and the Caribbean, used travel to document the lives of newly arrived immigrants in the gruesome coolie trade and grapple with her own multiraciality. “So I roam backward and forward across the continent,” she wrote for The Independent in 1890, “After all I have no nationality and am not anxious to claim any. Individuality is more than nationality.” Aimé Césaire was neither in France nor Martinique when he began the poem that would become A Notebook of a Return to the Native Land, one of the foundational texts of the Negritude movement. He was on holiday in Yugoslavia. In other words, it is at a remove from our familiar landscapes, that our voice, our place in the world, our work is most distilled.

I asked a friend who grew up on the island if he knew anything about Plath’s visit so many years ago. “My mother remembered her well,” he told me. Walking through the laneways during her daytrip, Plath spied some remarkable lilies in a garden yard and insisted on taking a bulb, a souvenir of her fleeting visit, away with her. It was my friend’s mother who dug the flowers up to get it for her. This friend paused a moment, thinking probably of his young mother on hands and knees, rooting around the soil for the solid, woody clasp of her hand round the bulb. He sighed, smiled, and said glibly, “It probably died anyway.” As summer sinks all too quickly back into autumn and many of us return to the rhythm of more familiar places and labors, you can’t blame Plath for trying to preserve the ephemeral bloom, the work and short relief of her travels.