Home
»
Uncategorized
»
Lit GIFs: The Giver (and why I haven’t seen the movie) 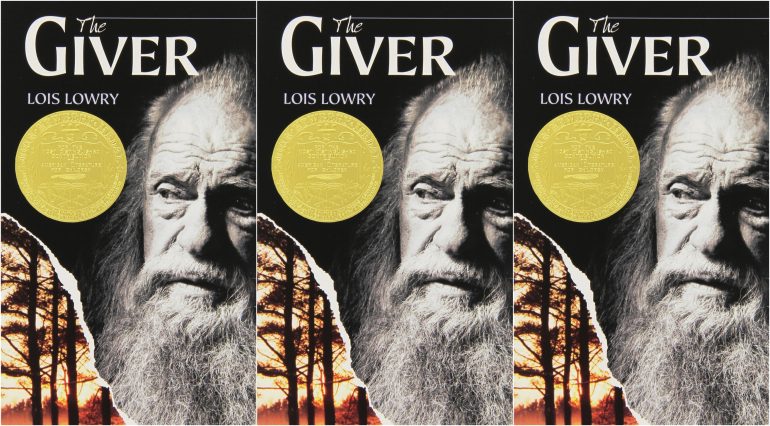 Let’s talk about The Giver. The Giver is a wonderful book by Lois Lowry. Many of us probably read it for school.

Recently it was made into a movie, which I refuse to see because why in the world is Jonas cast as a teenager? He’s supposed to be twelve, people.

But that’s just it, isn’t it? Can you imagine a twelve-year-old taking on the historical memory of an entire community? Generations and generations of love and suffering?

Apparently Hollywood couldn’t stomach the thought of such a burden, either.

In the book, Jonas lives with his mother, father, sister, and a temporary baby named Gabriel, in a community where everyone is very polite.

This is because they live in a climate-controlled community that has nixed war, fear, pain, anger, and love. Even colors are so subdued as to be unrecognizable. This is called Sameness.

When Jonas turns twelve (not sixteen), he is assigned to be the new Receiver of Memories. This means he is to be the keeper of numerous generations’ memories so that his community doesn’t have to suffer them. It’s a very honorable position.

The current Receiver of Memories calls himself the Giver. It is his job to pass the memories of countless generations on to Jonas.

Some of the memories are happy.

Some of the memories are painful.

For the first time in his life, Jonas is allowed to ask any question he wants.

This sets him apart from his peers, who know only their unquestioned lives of assigned duties.

Jonas grows more and more curious over the course of his twelfth year.

He finds himself accidentally–then purposefully–transmitting memories to Gabriel to help him sleep at night.

When Jonas asks the Giver about his father’s duty to “release” the weaker of two twins born one day, the Giver makes him watch a recording of the event.

Seeing his father euthanize a newborn child changes everything.

Jonas and the Giver come up with a plan to make the community share the burden of joyful and painful memories.

When Jonas finds out that baby Gabriel is going to be “released,” he enacts his plan early.

He steals Gabriel, loads up his bike with stolen food, and leaves the community for Elsewhere.

The idea is that although he may disappear, the memories will remain in the community. With no one person to keep them, the community members will be forced to bear the burden together.

After a long journey, the two reach a new place of lights, colors, and snow–much like the happiest of the memories the Giver bestowed upon him.

There are many things to be learned from The Giver, I think, but I’d like to present to you two of them today. Here is one:

And here is the other:

Tags:books into films, books that are movies, lois lowry, The Giver