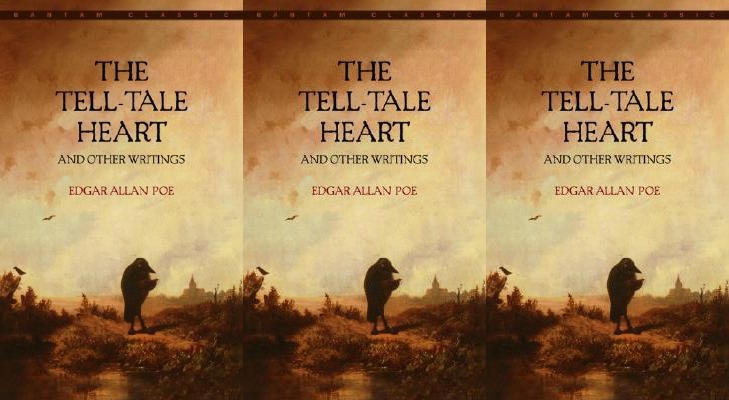 Which means jack o’ lanterns and costumes and pumpkin-spiced everything.

Cask of Amontillado, anyone?

Probably Poe’s protagonist in “The Tell-Tale Heart” had a few too many casks of amontillado.

He is haunted by an old man’s eye because it’s pale blue. For some reason he gets freaked out every time it lands on him.

So this guy decides to kill the old man because he can’t stand his eye. But he’s super nice to him for a whole week before he does it.

He watches him sleep. Every night. For seven nights.

On the eighth night the old man hears him. So our protagonist stands there in the dark for an hour, not moving a muscle.

The old man, terrified, tries to convince himself that the noise is nothing more than a cricket.

After a while, our sleep-watcher opens up his lantern just a little. Just enough so that a string of light hits the old man’s evil blue eye.

The protagonist becomes angry at the eye. He pulls the old man to the floor and smothers him with his own bed. No more eye = no more problem.

He’s very careful about disposing of the body. He dismembers it over a tub. No stain, no pain.

The police show up at the door. He invites them in and settles his own chair over the spot where he’s just hidden the old man’s body under the floor.

The police are none the wiser, but as they talk, there comes a ringing in the killer’s head. It grows louder and louder.

It drives our killer mad enough that he admits to the deed right then and there.

So here’s our major lesson for the day: Don’t be a stalker. It’ll only make you crazy.