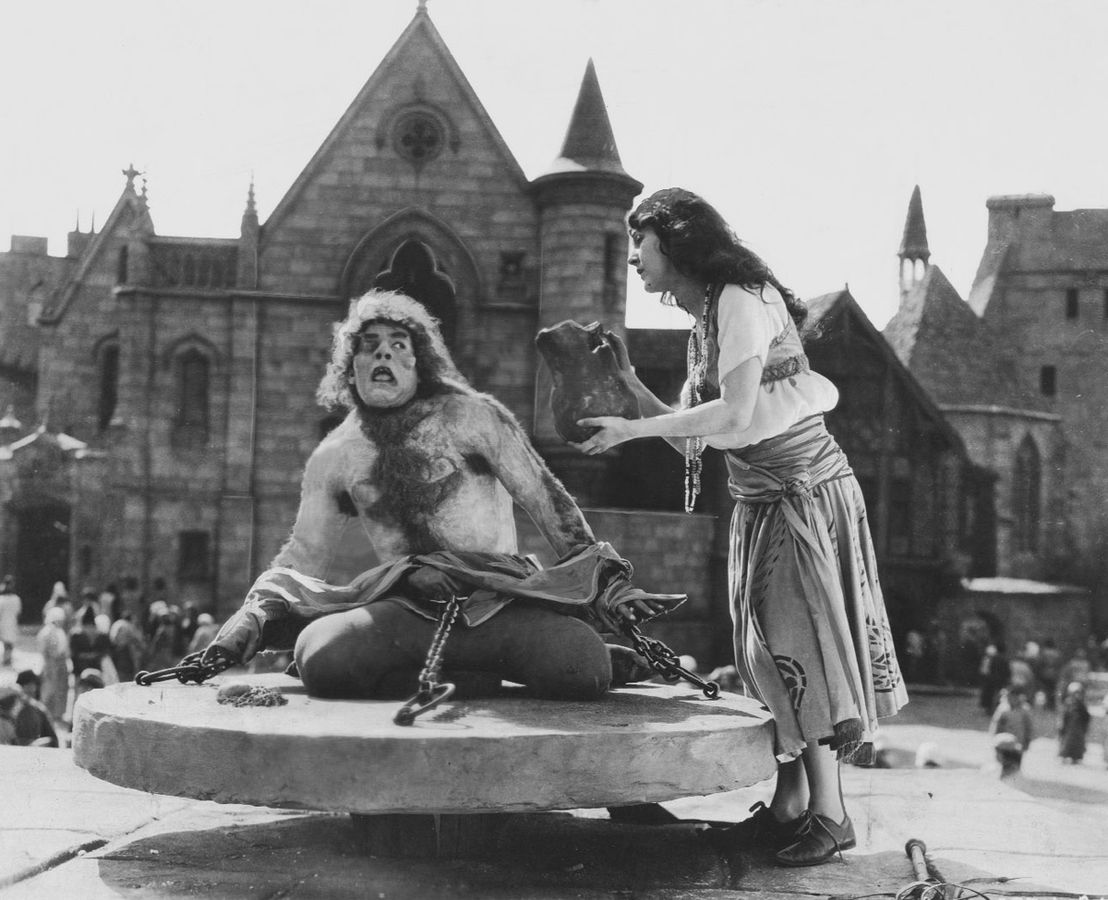 In this second installment of the Literary Blueprints series, we’ll look at the Mad Woman. Don’t forget to read the first Blueprint, The Byronic Hero.

Origin Story: Also referred to as “The Mad Woman in the Attic,” this character type hails from the dark side of Jane Eyre. Bertha Mason, the mysterious Mr. Rochester’s first wife, barely appears in the text, popping up only to terrify the sweet and unsuspecting Jane. She is violently insane, and is kept away from the world, the badge of shame in Rochester’s life. Her irrational behavior somehow justifies him almost becoming a polygamist when he attempts to marry Jane. Only after Bertha literally burns Rochester’s estate, Thornfield, to the ground, dying in the process, are the lovebirds free to pursue their happy ending. Crazy women are so inconvenient while they’re still alive.

Characteristics: Part of the Gothic world, the Mad Woman is not just crazy–she is crazy and isolated from society. In many cases, she is locked away by a male figure, usually a husband or other family member. It may be in an attic, a bedroom, or a basement, but, regardless, the character is separated from the world by a door and a key.

Where does the madness come from? Is it already present in the character from birth? Or does it develop, or at least intensify, due to isolation? The later of these ideas, that these women are driven mad by isolation imposed by men, reflects the Victorian origins of this character. If the Victorian idea of the Angel of the House is the perfect wife and mother who never causes trouble and looks pretty in the parlor, then the Mad Woman in the attic is her antithesis—a woman too complicated, volatile, or just plain difficult for polite society. She is therefore oppressed and driven over the edge by a patriarchal society, making Bertha and her sisters in insanity prime feminist figures.

The Mad Woman in the Attic, though, does not have to be female. There are instances of male characters shut away from the world because of actual or perceived mental illness. The outstanding trait is that the person bears some personality or physical abnormality, necessitating their expulsion from society. The existence of the character is always kept a secret, sometimes even from family members, because the shame of their existence is so great. This character differs from the a shut-in character like To Kill a Mocking Bird’s Boo Radley—the connection between the physical or mental issue and the forced isolation is crucial.

Rarely does the Mad Person in the Attic find a happy ending. S/he dies, s/he breaks free, or s/he strikes out at those who imprison her/him. But even when s/he breaks free, the insanity is often too deeply rooted to be undone. These characters are parables against secrets, lies, isolation, and shame.

Famous Faces: Bertha’s tale would be told from her point of view in Jean Rhys’ Wide Sargasso Sea. Charlotte Perkins Gilman used her own experiences with the “Rest Cure” when writing “The Yellow Paper,” in which the main character is locked away from society by her husband, slipping further from sanity with each passing day. Paying homage to Gothic tropes, in “Forbidden Brides of the Faceless Slaves in the Nameless House of the Night of Dread Desire” Neil Gaiman has Aunt Agatha chained in the attic. Stephen King’s “Gramma” shows why sometimes locking away the mad women might not be such a bad idea.

On the male side, the Hunchback of Notre Dame shows the Deformed Monster in the Bell Tower. Victor Hugo’s spin on the character pre-dated Charlotte Bronte’s Bertha, but shares many of those traits. Frances Hodgson Burnett locked up another young hunchback in The Secret Garden. In “Born of Man and Woman,” Richard Matheson creates a mad child locked in a basement.