The Literary Boroughs series will explore little-known and well-known literary communities across the country and world and show that while literary culture can exist online without regard to geographic location, it also continues to thrive locally. Posts are by no means exhaustive. The series originally ran on our blog from May 2012 until April 2013. Please enjoy the 56th post on Tucson, Arizona, by Adrienne Celt. —Ellen Duffer, Ploughshares Managing Editor 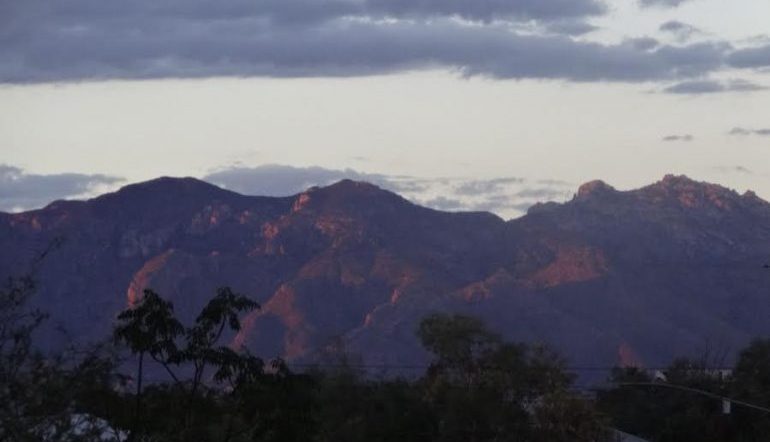 Only sixty miles north of the US/Mexico border, Tucson is a city of cultural intersection. This is a place where you can just as easily end up living in a luxury condo or an adobe courtyard building from the 1800s; where you can get a hand-mixed cocktail to follow your Sonorant hotdog (i.e. a hotdog wrapped in mesquite-smoked bacon, grilled, and topped with onions, tomatoes, mayonnaise, jalapeños, and roasted chiles); and where you can ride a horse, attend a world-class literary festival, and visit a Spanish Catholic mission–all in the same day. Despite its size (around 525,000 people), Tucson has an undiscovered, frontier feeling, with a passel of young people starting businesses, artists filling up coffee shops and decorating streetlamps, and a popular downtown parade dedicated to the Mexican Day of the Dead. Boasting warm winters, a low cost of living, and a hypnotically strange landscape, Tucson has a lot to offer creative minds.

What the city is known for/what makes it unique:
Saguaro cactuses, summer monsoons, a commitment to desert architecture and xeriscaping, nighttime skies saturated with stars due to the limits on light pollution that allow local observatories to do their work unimpeded.

Literary references:
Once you’ve lived here, it’s hard to resist inserting Tucson and the surrounding desert landscapes into your work. A few writers who have done so with distinction include Barbara Kingsolver in The Bean Trees and Animal Dreams, David Foster Wallace in Infinite Jest, and Roberto Bolaño, who moved his terrifying, fictionalized version of Ciudad Juarez to the US/Mexico border near Tucson (instead of El Paso, Texas) in 2666.

Where to learn:
It doesn’t hurt Tucson’s literary credibility (or roster of resident writers) that the University of Arizona has a renowned MFA program, which lures promising talent from all over the country–and the world. The U of A also boasts a gorgeous Poetry Center, which hosts readings and lectures from Pulitzer Prize winners and other literati, and which offers a coveted residency for out-of-town writers each summer. There are also excellent community classes a the Tucson branch of The Writers Studio, and classes/readings/literary happenings at Casa Libre en la Salana.

Where to find reading material:
For a small city, Tucson has a lot of great bookstores. For new books and readings, head over to Antigone Books, one of the nation’s few remaining feminist bookstores, or Mostly Books, a local staple. For a huge selection of used books, visit one of several Bookman’s locations. (Though they don’t sell new books, Bookman’s feels a little bit like Tucson’s version of Portland’s Powell’s.)

Where to get published:
If you want to start your own small press or literary magazine with a community of dedicated artists, this would be a great place to do it. But several fantastic literary outlets already exist in town, including Kore Press, The Fairytale Review, and Sonora Review (which is the oldest student-run literary magazine in the country), among others.

Where to write:
How to choose? For coffee shops, we’ve got Exo Roast Co., two Cartel Coffee Lab locations, the Sparkroot Coffee Bar, Raging Sage, Café Passe, and more. If you’re looking for something a little more exotic, grab your notebook and drive ten minutes to the Mission San Xavier del Bac, which was dedicated in 1692 and situated near the Tohono O’odam Indian settlement. Walk around the beautiful grounds, grab some fry bread from one of the vendors outside, and sit on a bench while you work.

Events/Festivals:
Besides the year-round programming at the University of Arizona and Casa Libre en la Solana, every spring the Tucson Festival of Books brings together students, teachers, authors, and cultural critics for two days of readings and workshops in celebration of the written word. 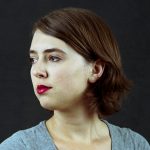 Adrienne Celt is a fiction writer and comic artist living in Tucson, AZ. Her debut novel will be published by W.W. Norton/Liveright in 2015, and her short fiction appears (or is forthcoming) in Esquire, The Kenyon Review, Puerto del Sol, The Southeast Review, Carve Magazine, Blackbird, Gargoyle, and other places. Her comics and essays can be found in The Rumpus, Lemon Hound, The Toast, Hobart, Barrelhouse, Gigantic Sequins, and online at loveamongthelampreys.com.