The Literary Boroughs series will explore little-known and well-known literary communities across the country and world and show that while literary culture can exist online without regard to geographic location, it also continues to thrive locally. Posts are by no means exhaustive. The series originally ran on our blog from May 2012 until April 2013. Please enjoy the 55th post on Mexico City, Mexico. 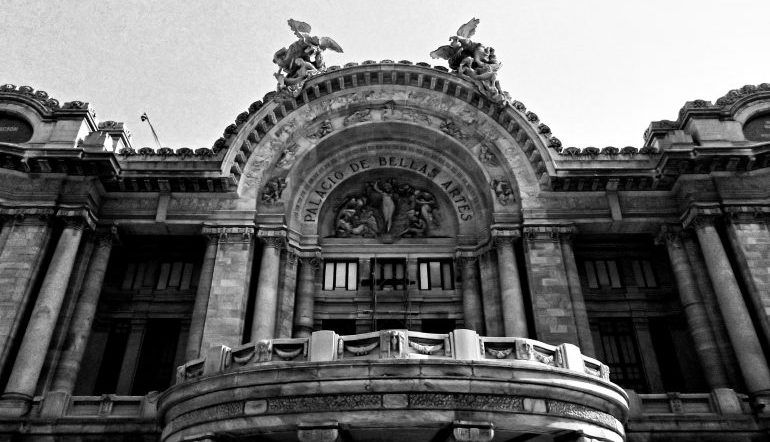 Located in the Anahuac valley of Mexico, the Mexico City metropolitan area is home to about twenty-three million people or about two-thirds of the entire population of Canada. And in many ways, Mexico (as it’s commonly referred to by its residents—seldom “Mexico City”) is almost like a country all it’s own within the limits of the Distrito Federal and the rest of the country at large. Today, it makes up twenty percent of the entire Mexican economy and were it its own country, it would be ranked the fifth largest economy in Latin America. Mexico City is huge, messy, and full of incredible energy and people who keep the traditions of the former Tenochtitlan—founded by the Aztecs on lake Texcoco in 1325—alive. This despite (or, perhaps in spite of) the sacking of the city during the siege of Tenochtitlan by the Spanish in 1521 and with it, the infrastructural reminders of most everything Aztec—temples, streets, even Lake Texcoco.

Today, Mexico City is an undeniable extension of its Mestizo heritage. Its food, its street names, and its neighborhoods all preserve the ancient traditions of its Amerindian past within the context of a former colonized city. And this is mostly what gives Mexico City its panache. The commonplace, the polite, the rude, the peculiar, and the downright bizarre all coexist peacefully here. Living in the DF, you can’t help but feel you’re moving through several eras at once.  And, oh yeah—there’s incredible literature everywhere.

What the city is known for/what makes it unique:

Some resident writers, past and present:

UNAM, ITAM, Tepito (home to the largest black market in the world)

Where to Find Reading Material:

Biblioteca Vasconcelos is probably my favorite library in all of Mexico. It’s clean, quiet, and conducive to completing massive amounts of work. It’s a public library located in Colonia Buenavista (Delegacion Cuauhtemoc) where the Buenavista metro, subway, and train station meet and you can find people from all social-strata enjoying books communally in and amongst the stacks. The library was designed by Mexican Architect Alberto Kalach and features staggered shelves of books that go up eight stories high so as to make it appear as if the books are flying. There are several sculptures within and outside the library itself–most notably Bellena, a whale made entirely of wood that is suspended between the first and second floors of the library, by Mexican sculpturist Gabriel Orozco.

Other personal favorites include UNAM’s Biblioteca Central, which holds one of the largest collections of media in Mexico, and UNAM’s Centro de Investigaciones Sobre America Latina y El Caribe (CIALC).

If you’re looking to buy, I like Libreria Porrua near the centro, which is small and pet friendly. Though I don’t own pets, it’s fun to have a sloppy friend come up and say hi every once in a while to break the spell of heavy reading. I also like Centro Cultural Bella Época. It’s almost a photonegative of Porrua. It’s said to be one of the largest book stores in Latin America and it even boasts a small English section (mostly fiction) if you’re looking for a few contemporary and classic staples abroad. The floor plan is open and clean. No sloppy friends to break the monotony of heavy reading, but plenty of sloppy writers pouring over their manuscripts in the café off to the side.

Other notable places: Gandhi, Libreria Pegaso (also carries a small English selection), the offices of Ene O Revista just off the Zocalo where my buddy, Ulices, lives and will talk your ear off about Mexican history and Jalisco.

Where to Get Published:

Punto en Linea is UNAM’s premier online literary magazine, and as of today they’re up to their fiftieth issue online–which is remarkable, given the contemporary lifespan of so many online journals today. They’re in it for the long haul and you can tell as much by the quality of work they put out, which includes fiction, essays, and poetry, and also video essays, street art, and other visual mediums. Beyond that, they’re also good guys in the Mexican literary community, engaging with and even plugging more obscure online journals that are putting out great work that meshes with the Punto en Linea aesthetic.

Editorial Diana, S.A. de C.V. is currently an imprint of Editorial Planeta, S.A. Mexico but probably one of the best imprints operating in all of Mexico. They’re mostly trade books, and they’re beautiful. Some of Editorial Planeta’s author’s include Sabina Berman, Juan Bonilla, and Francisco Martin Moreno. Count yourself lucky if you get an editor to take a serious look at your manuscript. This is the place you want to be if you’re publishing in Mexico.

Cielito Querido Café is a chain in central Mexico, and they’re mostly good places to write. The music is soft, the tables are large, the baristas are friendly, and the coffee is good. Really good.  Most Cielitos have patio spaces to people watch if you’re into the habit of leaving the page every so often to recharge. Also, sloppy, furry friends are welcome (including guinea pigs. The one I go to, in Colonia Cuauhtemoc, has a guinea pig guy).

Most any park in Mexico is a joy to work in. And in Mexico City, you can’t throw a rock from any street corner without casting it into some park. They’re everywhere. And mostly they’re quiet, family friendly places where kids are doing their thing and writers who went broke from Cielito Querido Café are doing their thing. My favorites include Parque de Chapultepec, Parque España, Alameda Central, and though it’s not a park, that area right off to the side of the Zocalo with the statue of the Aguila landing on the cactus. If you can stand the diesel fumes, that place has some serious creative energy. One theory: it’s located right on top of the remains of the biggest Aztec temple that ever existed. 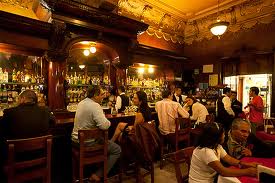 La Opera is not only a great place to write, but a literary pilgrimage site for any lover of the Latin American Boom generation.  Gabriel Garcia Marquez wrote here. As did Carlos Fuentes, Julio Cortazar, and Juan Rulfo. The restaurant itself was built in the French Rococo style in the era of the Porfiriato in the early 20th century. The entire bar was imported from New Orleans and on any given day, you can see a mix of students, journalists, and hard-hitting writers perched on the stools alongside each other downing their favorite swill and working furiously on their legal pads and notebooks. There’s a hole in the ceiling from Pancho Villa’s pistol at the back of the restaurant. The story goes he was trying to get a waiter’s attention.  Sit and write in that booth.

Other notable places:  Any of the benches off to the side of the Paseo de la Reforma, La Biblioteca Central, Biblioteca Miguel Lerdo de Tejada, the NH Café at the top floor of the NH Hotel, Emir Café