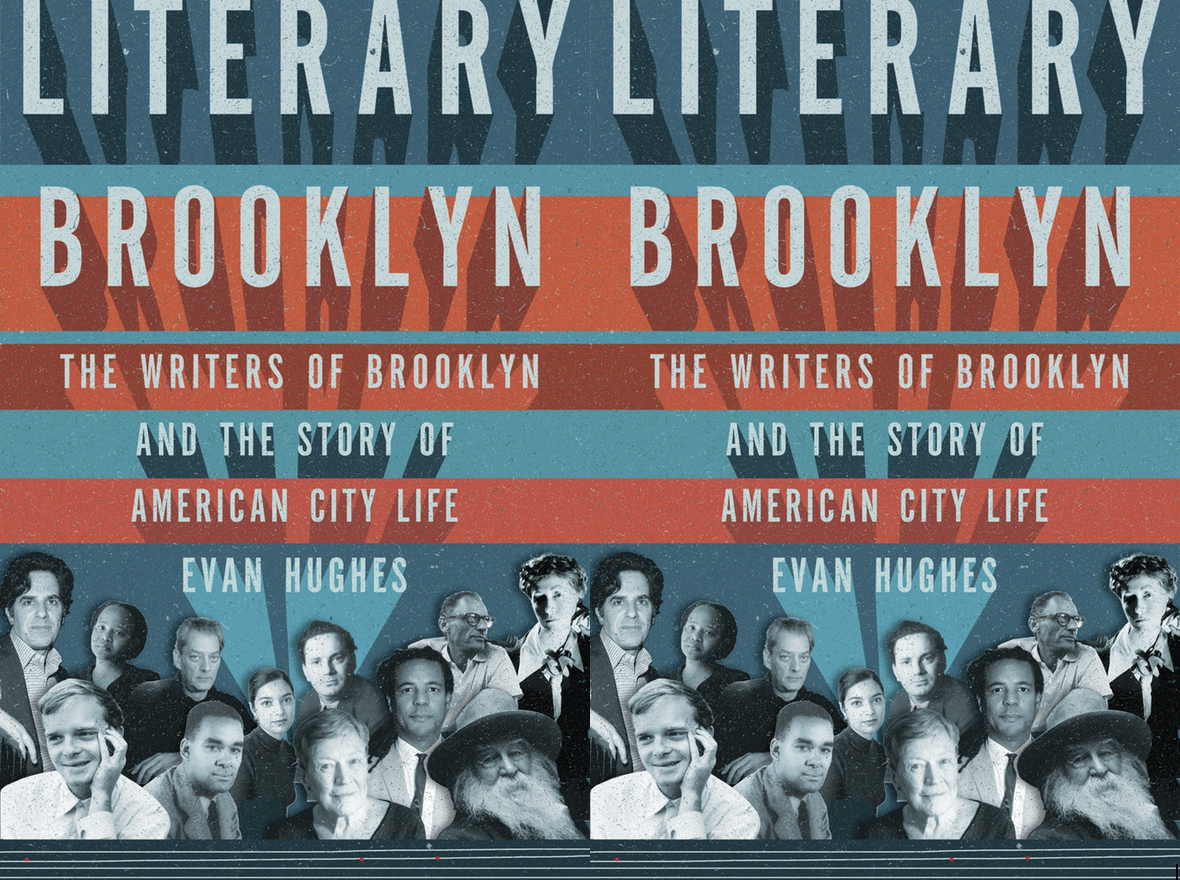 Pick a published writer these days, and odds are strong their bio mentions Brooklyn. Historically, too, there’s a long list of major American writers who’ve hailed from Brooklyn or done significant work there, and in Literary Brooklyn, The Writers of Brooklyn and the Story of American City Life, a “hybrid” of biography, literary analysis, and urban history, Evan Hughes explores this Brooklyn literary phenomenon.Hughes shuns broad theories. “There is no ‘Brooklyn school’ of literature,” he says,  “and there never has been. We shouldn’t mistake a massive place for an aesthetic camp.” Instead, Hughes uses capsule biographies to show how Brooklyn’s immigrants, poverty, churning urban development, and landmarks have inspired writers since Walt Whitman, whom he calls “Brooklyn’s first literary hipster.”

The best parts—on Whitman, Miller, Crane, and Mailer—connect these writers’ emotional/sensual experience of Brooklyn to their work and history. We see how Brooklyn’s transformation from a rural Anglo-Dutch community to an urban polyglot one inspired Whitman to write Leaves of Grass. We feel the bridge’s spell on Crane, as metaphor and as the site of his sexual awakening. (He cruised for sailors beneath it.) We learn that Mailer spent his writing life erasing “the last remaining speck of…the nice Jewish boy from Brooklyn.”

The book weakens when Hughes strays from the neighborhood. Is Mississippi-born Richard Wright a Brooklyn writer? Or Native Son, which he wrote there but set in Chicago, a Brooklyn book? The background material on the Great Migration strains to include Brooklyn, only four percent black at the time.  The William Styron/Sophie’s Choice chapter dwells on American Jews’ supposed desire to forget the Holocaust post-war, but omits the narrator Stingo’s Brooklyn epiphany: the foreign Holocaust, which becomes real to him through Sophie in Flatbush, is akin to American slavery, the source of his inheritance. Her suffering makes slave suffering real.

In the final chapter, Hughes offers a tour d’horizon of the current scene, expressing concern that hiptitude will kill Brooklyn’s appeal as a subject. Many Brooklyn writers don’t write about the borough anymore, perhaps because of gentrification or because so many other writers live there that it seems “parochial.” But Hughes also underscores Brooklyn’s enduring sense of place as the virtual world sucks us in, and remains hopeful that its writers will continue to dip into their hometown’s deep well of inspiration—and to see America reflected in its stories.

Julia Lichtblau’s writing is forthcoming in Best Paris Stories, and has appeared in Narrative, The Common Online, Pindeldyboz, and Tertulia. She won the 2011 Paris Short Story Contest and has been a finalist for the Moment Magazine, New York Stories, and Salt Flats Annual literary awards. She has an MFA in fiction from Bennington College. For 15 years, she was a reporter and editor for Dow Jones Newswires and BusinessWeek in New York and Paris. Her non-fiction has appeared in BusinessWeek, The Wall Street Journal, and other publications.