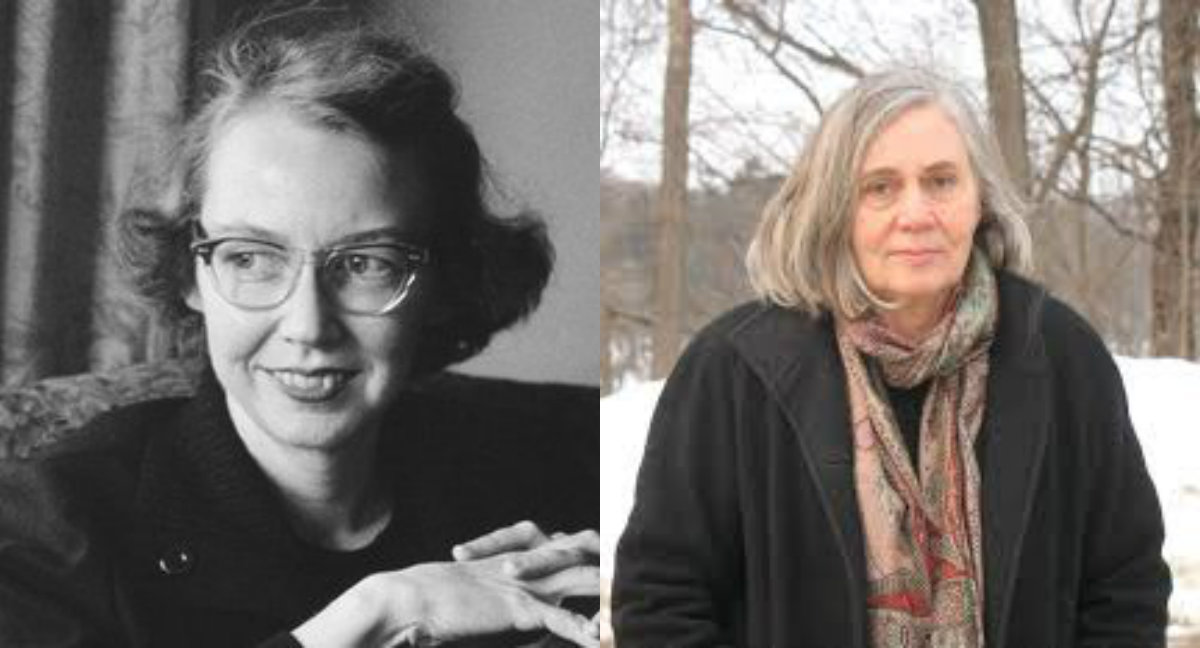 Disclaimer: Marilynne Robinson has no enemies.

I hope you’ve never compared Marilynne Robinson to Flannery O’Connor, but I can see how you might have been tempted. There’s Iowa, first of all, and if it weren’t a proper noun I would have capitalized it anyway. Flannery O’Connor studied at the Iowa Writers’ Workshop, and is generally seen as the start of Iowa being what it is to writers today, or the reason why Iowa is what it is, but no one would call her a Midwestern writer. We all know she’s Southern. Marilynne Robinson, on the other hand, has taught at the Iowa Writer’s Workshop for decades, and in that time has created a wholeheartedly, adoringly Iowan body of work. What I mean by adoringly: her most recent novel, Lila, is dedicated—Robinson’s capitals—to IOWA.

Robinson writes Gilead, her invented Iowan town (sister city, and inverse, of Macondo) as an open space, one with room for loners, for misfits, for strangers. The people of Gilead are more accepting than the reader might expect, and certainly more accepting than Lila anticipates when she arrives. Anyone who’s read Gilead knows Lila at the beginning of the novel named after her; she’s Reverend John Ames’ young wife who he adores, who will survive him. But in Lila she’s a drifter and a survivor, a woman who neither expects to be welcomed nor knows how to want to be, and yet Gilead convinces her. She falls in love with Reverend Ames, yes, but she stays because, “For a town it wasn’t such a bad place. The trees were big enough that it was almost like living in the woods. There was no reason not to make another garden. She could plant some flowers.”

There’s space in Gilead, and there’s space between Robinson’s words and sentences. You can imagine them spoken slowly. Flannery O’Connor’s prose, on the other hand, is swampy and cramped. She is a writer of small places and small minds. She finds beauty and meaning and supernatural menace in petty hatreds and rivalries, in false legs, in a mummified dwarf. She knows how to make a reader feel closed in, whether in a town or a home or, as in her early story “The Geranium,” in New York City. This is how we meet the protagonist:

“Old Dudley folded into he chair he was gradually molding to his own shape and looked out the window fifteen feet away into another window framed by blackened red brick. He was waiting for the geranium. They put it out every morning about ten and they took it in at five-thirty.”

O’Connor gives us the measurements of his life, in time and space, and if her prose weren’t so immediately perfect it would be enough to make any reader want to scream and run.

It’s possible that Flannery O’Connor’s approach to religion makes you want to scream, too. Catholicism is everywhere in her work, and it’s complex at best, terrifying at, well, at other best. There’s no ending I love more than Pointer, the Bible salesman in “Good Country People,” stealing Joy’s leg, declaring his disbelief in Christianity (“that crap,” he calls it), and then walking off over the lake. As always, I’m not going to tell you what to think about this. I’m not going to interpret a Jesus figure with a phallic name who’s “been believing in nothing ever since [he] was born.” I can’t do that.

And I’m not going to tell you that Marilynne Robinson’s John Ames is a Jesus figure because he redeems Lila as Magdalene, because he is self-sacrificing in his love and patience if not in the fact of his death, because he is perhaps the wisest man in modern fiction. He doesn’t walk on water, first of all. And second, it seems to me that Marilynne Robinson’s project, in her books suffused with Protestant belief, has nothing to do with Jesus or with God. Flannery O’Connor makes everything a little bit supernatural. Marilynne Robinson makes everything more human. Here’s Lila, writing out the Bible to try to understand it:

Lila is as hard to understand—to herself, and to John Ames, who loves her—as Creation. She’s as important as Creation. And this is why Marilynne Robinson’s rural town is so spacious, and why Flannery O’Connor’s New York City is so small. For O’Connor, the world and its workings are incomprehensible and frightening and full of tiny, creeping evils, and for Robinson, we’re all so important and beautiful, we might as well be divine.