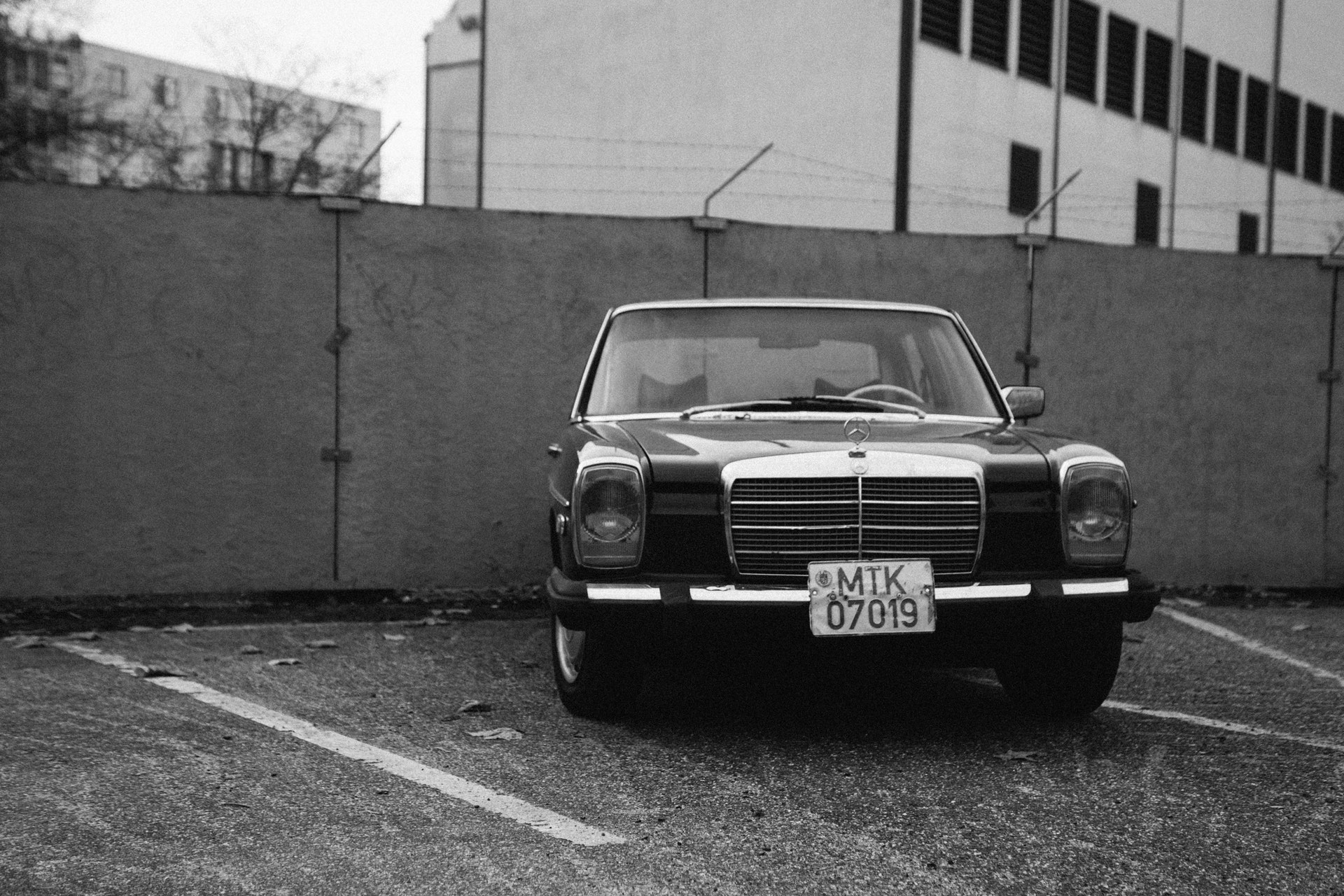 If there exists a more solid foundation than this for a literary friendship, I can’t think of it: My words prompted readers to sever their connection with the publication. And my editor stood by me.

This is the second in a two-part blog about Hala Salah Eldin Hussein, an editor/translator in Cairo, and the connection we’ve forged through working together. (For the first installment, which featured an interview with Hala, click here.)

A quick re-cap: Hala Salah Eldin Hussein first contacted me three years ago. She was interested in publishing some of my work in Arabic translation in her on-line literary journal, Albawtaka Review. Her publication didn’t have the money to pay authors, since accepting government funding meant accepting government politics. But her mission— making English-language literature available to Arabic-language readers in Egypt and elsewhere— appealed to me. And to my surprise, the stories of mine that she wanted to publish were unequivocally Jewish in content: one set in the U.S. about a Jewish character, the other set in Israel, where much of my family lives.

Our correspondence started out quite formally. I consulted an Egyptian student of mine as to the proper way to address her; he, in turn, consulted his family (“Ms. Hala,” was the consensus). Ms. Hala, for her part, addressed me through my agent.

When she sent me that first link to my story in Arabic, I confess: I checked on the translation. At that point I knew nothing about Ms. Hala herself and little about her politics. The story she’d translated featured a character of mine who made bold and often ironic pronouncements about Judaism and Jews. Knowing that irony is hard to translate— and that, regarding Israel, the slightest shifts in terminology (territory v. land… wall v. security fence…) can be inflammatory— I wanted some assurance that my work wasn’t being co-opted for any of the almost infinite number of Middle-East-politics agendas I disagree with.

I found a Jordanian graduate student to read the story for me. The translation was beautiful, the graduate student said–there was only one word that might potentially be misinterpreted. In the passage he flagged for me, my character writes an irritable letter to his rabbi about a minor point of Jewish scholarship. The letter contains this sentence: Our nature as Jews is to preserve. The Arabic word for to preserve, though, is apparently the same as the word for to be politically conservative. While the translation was technically correct, the Jordanian student told me, readers might potentially think I was saying that Jews are, by nature and inevitably, right-wing.

So I asked Ms. Hala, with some trepidation, if she wouldn’t mind adjusting the translation. The speed and consideration with which she did so marked the start of a friendship.

These days, Hala and I trade cracks on Facebook about the fact that both kisses and the word “Jewish” are censored out of American films she sees in Cairo…a pairing I consider practically a compliment. Hala asks after my beloved great-aunt…and given some posts we’ve shared, I believe our hearts are in full accord on the topic of rebellious, seditious, irrepressible hair. (The truest of truisms, amid the vast range of things one can say about the Middle East: we all have the same hair, and it demands the right to self-determination). When Hala mentioned having trouble finding English-language short stories she likes enough to want to translate, I sent her works of fiction that are difficult to find in Cairo. She’s gone on to translate and publish some of that work in Arabic.

Hala was a Tahrir Square protestor and was injured during last winter’s protests— thankfully not seriously. She posts updates on Facebook, usually in Arabic but sometimes in English, and I pester her via email when there’s been a too-long gap between posts–I worry about her when there’s trouble in Cairo.

When I mention Hala in certain Jewish circles, there’s a mixture of appreciation and skepticism: she’s surely wonderful, yes–but voices like hers won’t carry the day. Yes, of course, the Tahrir Square protestors might potentially build a new sort of Egypt… Open cultural exchange of the kind Hala works for might become the norm… The speaker usually trails off there, leaving the rest unsaid: Isn’t it pretty to think so?

I’m not naïve. History and politics argue against optimism. It didn’t shock me when Hala told me that some of her readers had unsubscribed in response to her choice to feature a passage from one of my stories on the journal’s Facebook page (for her description of the incident, see last week’s post). The offending text from my story “The Argument”—the paragraph that cost Albawtaka readers—is from a grief-fueled internal monologue in which my main character, depressed and possibly suicidal, inwardly rails against his daughter for shedding the Jewish tradition in which he raised her…and against his old sparring partner, a rabbi, for having Alzheimer’s and thus being able to escape the torments of memory and regret. It’s a complicated speech by a complicated and curmudgeonly character–a moment of absurdity and obstinacy and pain that builds until my character is forced, near the story’s end, to face something he’s been avoiding. And twenty Albawtaka readers unsubscribed from the magazine’s Facebook group within just a few hours of its being posted on the site.

At the nursing home, under the rabbi’s gaze, Kreutzer produces the clipping from the previous day’s paper. His hands are shaking. He points to the phrase on the newsprint. “See here,” he says.
It is an article about politics in today’s Israel, but that is not the important thing. What is important is this reference to the time of Palestine under British Mandate. Mandatory Palestine, the newspaper says. When Kreutzer first read these two words, they meant only 1930s Palestine, Palestine when it flew British flags. But by the time he set down the paper to rummage for scissors he understood the words meant more. “Mandatory Palestine”: now that was Jewish. Palestine because you had to. Palestine because Jews owed allegiance there and no place else. Jewish wasn’t marijuana and oblivion and T-shirts telling you to drop out. Jewish wasn’t a Christmas tree in a living room. Jewish was Jewish. Was holding on tight. What was so bad about guilt? Why was everyone so eager to bury hatchets, forget deeds? So what if the rest of the world thought guilt was a nasty word? Jews proudly fought a War of Atonement. Jews had memory even if it hurt.
“Banana?” Jacobson offers the fruit.
From “The Argument”

I like to write about difficult characters and I like to write about people navigating layers of personal and group history. My family lives in Israel and in the U.S., my mother was born in Mexico, my grandparents were Holocaust refugees, and their lives were saved by a stranger from Japan. I talk to my MFA students sometimes about the vexations and rewards of stepping into complex cultural materials on the page, and I urge them not to be afraid to do so, wherever their interests or backgrounds lead them. But I caution them about one thing: whatever political minefields one enters in prose, one’s characters need to be allowed their full complexity. Characters might live and breathe history…but to make them simplistically represent one side or another of a political argument is to degrade them and make them less than fully human.

The world, though, often wants to insist that characters and books and artists do represent something—and often that something is the enemy. To some Albawtaka readers, my cranky, beloved character and I were, at least for that moment, the enemy. Though we’ve never discussed it, I know Hala understands this tension.

My grandfather, a Holocaust survivor and a complicated character in his own right, used to live by what he called the davka method. (The Hebrew/Aramaic word davka is delightfully complicated to translate. For the sake of brevity, though, let’s say it means obstinately). If something was improbable, impossible, contradictory…then that was davka what my grandfather would do.

I am davka believing that a literary friendship forged across fraught national and cultural boundaries can be trusted.