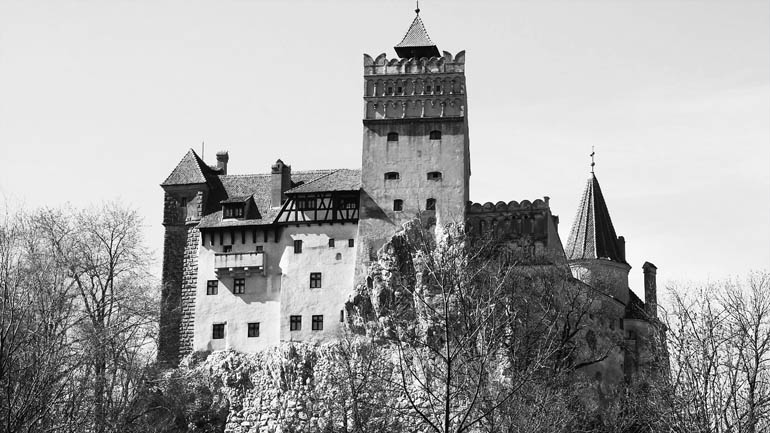 Buffy the Vampire Slayer, which just celebrated its 20th anniversary, is remembered for its campy, sometimes silly, iconic vampire lore. And yet, while watching it as it aired, it never occurred to me that the classic Prince of Darkness—Dracula—might appear. And when he finally does, in the fifth season premiere hilariously titled “Buffy vs. Dracula,” his presence is played almost entirely for laughs. His very existence feels out-of-place in Buffy’s world, to the point that when he reveals himself as Dracula, Buffy’s response is a half-laughing, “Get out,” as well as a skeptical, “Are you sure this isn’t a fanboy thing? Because I’ve fought more than a couple pimply, overweight vamps who called themselves Lestat.”

Because in spite of their similar subject matter, Dracula and Buffy occupy very different universes. Buffy as a character is stubbornly modern, consistently rejecting old-fashioned, male-dominated power structures (most notably the Council), as well as stuffy written prophecy (also, presumably, written by men). Meanwhile, Dracula’s vampire lore was used as a vehicle to explore traditionally Victorian anxieties, such as aggressive sexuality and the erosion of stereotypical gender roles.

And in many ways, “Buffy vs. Dracula” adheres closely to the structure of the original novel. Like the novel’s version of the Count, Dracula can transform into animals, dissolve into fog, and exert some sort of mind control over humans. Xander is turned into a Renfield-esque “bug-eater,” an acolyte of Dracula’s who eats insects because “blood is life.” Buffy, like Mina, falls under Dracula’s thrall, and ultimately allows him to drink from her (and drinks from him as well). And the character of Jonathan Harker is split into two characters: Giles, who is seduced and nearly defeated by the “voluptuous” Weird Sisters, and Riley, who is desperate to save his beloved girlfriend from Dracula’s corrupting influence.

But in true Buffy fashion, the show invokes these tropes in order to pointedly subvert them. While Dracula seems much more powerful than other vampires Buffy has faced, he’s still only a monster-of-the-week rather than a Big Bad, and Spike, who knew Dracula back in the day, pooh-poohs that Dracula’s “thrall” is nothing more than “showy gypsy stuff.” Riley rushes to the castle to save Buffy from Dracula Harker-style, but is too late, as she’s already saved herself. And during the final showdown, Dracula disappears into a sea of fog, and when he tries to re-materialize (as he does at the end of every classic Dracula movie) Buffy stakes him and says, “You think I don’t watch your movies? You always come back.”

But most significantly, “Buffy vs. Dracula” openly evokes and then rejects the common narrative in which a male vampire brings out the “dark” power of an innocent woman. In Bram Stoker’s Dracula, all of the women are either passive victims or demonic “whores.” The victims attain moral status by conforming to their assigned gender roles—demure and faithful wives—but the female vampires are far more powerful and in control of their own sexuality. When Lucy is bitten by Dracula, she transforms from an innocent, childlike woman to a child-eating monster with a “carnal and unspiritual appearance, seeming like a devilish mockery of Lucy’s sweet purity.” Dracula has taken away her moral status, but has afforded her power by bringing out her dark side.

But from a feminist perspective, this type of power is not power at all. Lucy kills a child rather than nurturing it, because her entire function is to violate gender norms as an indicator of evil and societal decay. The Weird Sisters are Dracula’s minions, mere symbols of the New Woman that need to be killed off by the end of the novel. And even when they have the upper hand on men, it’s always through their sexuality rather than their physical power, which reinforces the stereotype that women primarily exert their power through their influence on men.

For most of the episode, it seems that Buffy is following this old-fashioned narrative. Dracula tells Buffy that he has searched the world for her, “a creature whose darkness rivals my own.” When he appears in Buffy’s bedroom, the scene has all the hallmarks of a Victorian “seduction,” meaning nonconsensual sex. He comes into her room without her permission and physically advances on her, while she feebly protests without actually fighting back or running away. And in the end, he convinces her to drink his blood so he can bring the darkness out of her, and so he can teach her about her own “history, body, and power.”

But then, in the pivotal moment in which Buffy drinks Dracula’s blood, she responds not with awe for his power, but with an irreverent, “Wow, that was gross.” She is, indeed, awakened to the possibility of a darker force inside of her, and embarks on a season-long quest to understand her true nature. But Dracula is only incidental to this realization; he correctly surmises that she is, in part, a predator, but miscalculates that she has literal bloodlust and wants to be his over-sexed minion.

While Dracula does bring out a power in her, the power that she discovers is not analogous to the power of the Weird Sisters, or even to Dracula himself, who calls her a kindred spirit. Her ability to defeat Dracula rested partially on her superpowers and predatory nature, which Dracula shares; but most importantly, she was able to withstand his thrall because she was able to reject the narrative that Dracula knows more about her own power than she does (even if she doesn’t understand it very well herself). While the term “mansplain” hadn’t come into fashion at this point, Buffy is powerful precisely because she doesn’t allow a man to explain her own powers to her.