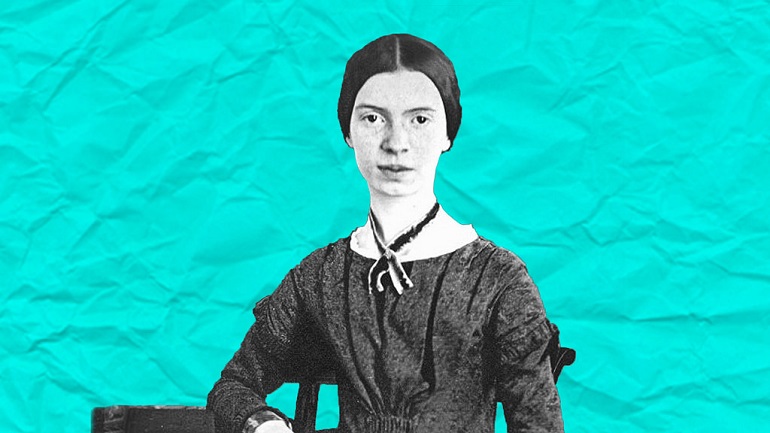 As bookish ’90s teenage role models go, Joey Potter of Dawson’s Creek never quite reached the “girl-power” heights of Rory Gilmore, Willow Rosenberg, or Daria. However, the show was often surprisingly literary for an unabashed teen soap, most memorably when an entire episode revolved around a fictionalized version of Emily Dickinson’s infamous “Master Letters.”

The addressee of the “Master Letters” is one of the most elusive figures in the literary world. Between the years 1858 and 1861, Dickinson wrote a series of three letters to an unknown person (seemingly a man), whom she simply calls “Master.” The letters are abstract, passionate, and most of all revealing. They appear to be love letters of some kind, but are written in such poetic language that there is some speculation as to whether they were intended as works of art. To this day, literary scholars have little idea to whom these letters were written, or even whether they were actually letters at all.

On the fifth season of Dawson’s Creek, budding writer Joey Potter is invited, along with a few other students, to assist her professor in cataloging the estate of a fictional deceased writer named Rose Lazare. Among all of the dry, banal letters to Lazare’s friends and family, they find a series of letters addressed to a mysterious person called “I.V.,” which Professor Wilder calls the “most intimate letters of her career.”

Rose Lazare isn’t a perfect analog to Emily Dickinson; a hilariously insufferable fellow student notes that “as literary sluts go, [Lazare] was right up there with Edna St. Vincent Millay and Anaïs Nin,” while Dickinson was famous for her asceticism. Further, an equally pretentious student speculates that the letters are evidence of a “torrid lesbian love affair” because they contain a few Sappho references (to which the professor points out that any young woman can appreciate a classic lesbian poet), while the “Master Letters” appear to be addressed to a masculine figure. Dickinson regularly referred to older men in her life as her “master,” including her dearly departed high school principal, Leonard Humphrey, and family friend Benjamin Franklin Newton. Plus, the “Master Letters” coincided with Dickinson’s intense friendship with married editor Samuel Bowles, who may be the prime (human) suspect.

From the “Master Letters”:

Master—open your life wide, and take [in] me in forever, I will never be tired—I will never be noisy when you want to be still—I will be [glad as the] your best little girl—nobody else will see me, but you—but that is enough—I shall not want any more—and all that Heaven will prove [only] disappoint me will be [because] it’s not so dear.

The mysterious nature of the letters has led many critics to conclude that they weren’t written to a person at all. Some contend that the letters are written to God, while leading Dickinson scholar Judith Farr theorized that the “Master” was a “kind of Christian muse.” Others claim that “Master” refers to the Devil, especially since Dickinson would have been aware of testimony from accused witches in the Salem witch trials that referred to young girls serving a “hard Master.”

As one would expect, the literary analysis in Dawson’s Creek wasn’t quite so sophisticated. But still, Joey Potter ultimately comes to an analogous conclusion: that I.V. is not necessarily an actual person. In the last scene of the episode, she tells Professor Wilder her genius theory:

Joey: I think Rose Lazare’s greatest confidant was another writer. I think she was Rose Lazare.

Joey: Well, I–I think she was writing the letters to herself. I think they were like a journal or a diary or a confessional of some kind.

This is, of course, a silly scene, since an English professor and several advanced students would have immediately guessed that this was a possibility. While scholars don’t generally use the term “diary” to describe the “Master Letters,” likely because it sounds pejorative, there is always a chance that they were written to Emily herself, like the rest of her poetry. She refers to herself as “Daisy” in the letters, but many of her poems take the perspective of an ambiguously male narrator, and the “Master Letters” could easily be addressed to another, more formidable part of herself. As Professor Wilder notes in the same episode of Dawson’s, “Kafka writes something very similar to Felice: ‘Writing letters is like communicating with ghosts, and not just the ghost of the person addressed, but with your own ghost as well.’”