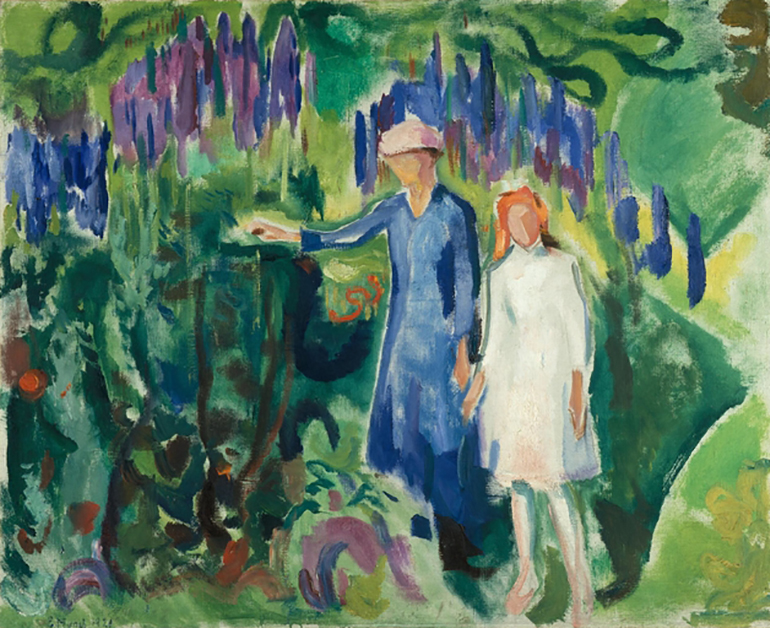 This summer I had a mission: to clear out the few boxes I still had stored at my parents’ house as part of my family’s efforts to purge, rearrange, and streamline their household in anticipation of the arrival of my sister’s baby. These boxes had been sitting under my parents’ stairs for over a decade—since I left Israel. Year after year I considered going through them and taking the things I still wanted, and year after year I chickened out of approaching that dusty corner (because spiders). When I finally opened the boxes, I was merciless, throwing items into my “trash” and “donate” piles without hesitation.

The books I found inside were harder to sort through, of course. Many of them were bought in very specific periods of my life and no longer held any appeal, but others were still of interest to me, even if I hadn’t found the time to read them when I bought them and had since forgotten they existed. This is how, last month, I finally picked up my tattered, secondhand copy of actress Liv Ullmann’s memoir, Changing (1977). I’ve never seen any of her films, and yet I had bought her book and kept it over the years, perhaps because I thought I ought to know her work, or perhaps because the book is slim enough to be unintimidating.

I was, as a result, less interested in learning the details of Ullmann’s day-to-day life than I was in her insights about her own personality and the way it has informed her work and private life. Her natural inclination to deprive herself of her own desires and needs for the contentment of others bred a lot of dissatisfaction in her marriage to Ingmar Bergman—but it makes her a phenomenally empathetic actress, one who collects other people’s idiosyncrasies as if they were gems to keep for a time of need, and one who is able to empty herself from her body and fill herself up with her characters’ dreams, wishes, and histories. When her daughter, Linn, was young, Ullmann would often spend her time on movie sets—particularly when she was working away from her Norwegian home—missing her terribly. But on the occasions the two were together during the making of a film, she was so preoccupied and enthralled with her work that she could hardly listen to her child’s stories. Pensive and perceptive, Ullmann spends much of her memoir considering the difference between her wild, nature-centric life in Norway and her busy and artificial, yet equally pleasant, life in Hollywood, where she has to defend her choice to keep her appearance natural.

Most fascinating to me in the memoir, however, is Ullmann’s clear obsession with childhood. With a true actor’s eye, she watches her daughter at play and at rest, in situations of intense joy and great sorrow, making note of her every gesture, mannerism, and habit. She is fascinated with the girl’s imaginary world, attuned to her shifts in mood and comfort, and adept at consoling and inspiring her with her own creative mind.

But watching her child is clearly a fraught practice for Ullmann, who seems to have still felt very much like a child herself. Watching her daughter struggle through the emotions, excitements, and inequities of childhood brings to mind her own painful childhood, punctuated by her father’s untimely death and his family’s disownment of herself and her mother. I recently read a personal essay by the daughter of a Holocaust survivor, in which she depicted her mother’s inability to move past the horrific events of her childhood and be her own age. Trauma can force a person to grow up too fast, but it can also arrest them in a state of perpetual childhood, or a striving toward childhood, forever seeking that which had been taken away from them. And even if no particular trauma befalls a woman, becoming mothers thins the skin, making us shockingly vulnerable to our children’s every hurt. Even miniscule pain can be perceived as fodder for trauma. Painful memories can be hoarded, projected, transmogrified.

When I mentioned to my mother I was reading Ullmann’s book, she recalled it having a lasting effect on her. She could even quote some scenes from it, which is unusual for her. Later, as I read, I came across an anecdote Ullmann shares about her own daughter: while the two are in different countries, Linn misses her mother and cries over the phone and says she wants to crawl through the phone lines and reach her. I couldn’t believe it. I must have heard that story a hundred times, from my own mother, told about me and her. It seemed implausible that she and I happened to have the exact same conversation that Ullmann and her daughter had. Did we have a similar interaction? Did I cry to her over the phone when she and my father were away, only without saying anything quite so poetic and heartbreaking?

The Hebrew translation of Changing came out in 1982, the year I was born, and clearly left its mark on my mother, also an actress. She was impressed with the methods Ullmann recounts in the book, moved by her dedication to acting. She was often frustrated with my father—a director who admires Ingmar Bergman—for being focused on his work while she juggled her career and her family life. Having just had her first baby, my mother’s mind was ripe for the gathering of small yet shattering memories. It makes sense that some little moments from the book would plant themselves into her mind, sending roots and shoots over her psyche and implanting themselves until they were inseparable from the rest.

And now I, as a grown woman and a mother myself, find similar resonance—in the sense of my duty toward my children that often comes at the expense of my duty toward myself; in my passion for my work that simultaneously makes me a distracted caretaker; in the compulsion to make sure that others are pleased with me and my choices; in my discomfort with society’s commands of beauty. Most powerfully, I see myself in Ullmann’s exaggerated identification with her child, in the way she sees her own younger self in her child, and in how much she frets about childhood struggles and unhappinesses. Each of my son’s frowns is an aching memory waiting to rise to the surface, each of my daughter’s cries of frustration the potential for reliving an upset of the past. Like my mother twisting herself into knots over a false memory of my longing for her, I, too, am prepared at all moments to grab at the hurt and not let go. Now that my sister has a child of her own, I wonder which agonies—her own remembered ones and ones she will absorb from the art she consumes—will make their way into her private pantheon of pain.