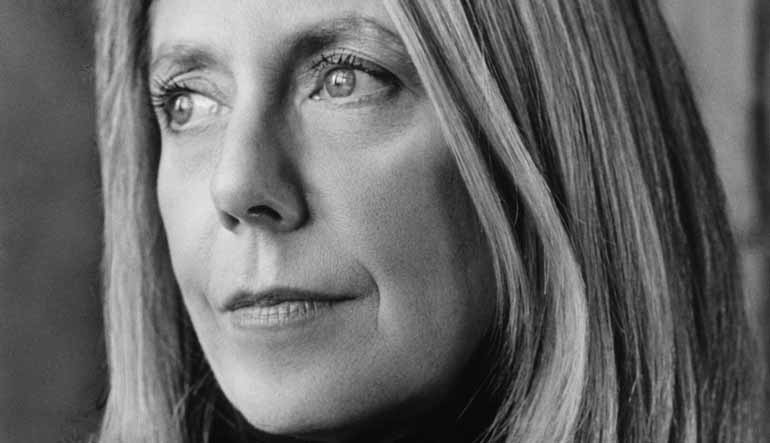 Elizabeth A. I. Powell’s poems are adventures in language; they travel freely across the borderlands of genre and bring the reader along for an inventive, unforgettable ride. She is the author of two books of poems, The Republic of Self and, most recently, Willy Loman’s Reckless Daughter: Living Truthfully Under Imaginary Circumstances. Her work has been recognized with the New Issues Poetry Prize, the Robert Dana Prize, a Pushcart Prize, and a Vermont Council on the Arts grant. Elizabeth edits Green Mountains Review and is an associate professor at Johnson State College. She also serves on the faculty of the MFA programs at the University of Nebraska-Omaha and the Vermont College of Fine Arts. Born in New York City, she has lived in Vermont since 1989 with her four children.

Matthew Thorburn: Willy Loman’s Reckless Daughter is a very wide-ranging book formally, but also very focused and unified in its themes and concerns. Would you talk a little about how this book came together?

Elizabeth Powell: As a child of a salesman, I’ve been obsessed with the iconic Arthur Miller play Death of a Salesman for a long time. It is a very male drama. I always wondered what the equivalent voice from a feminist perspective would be about the crisis of the American Dream. Even David Mamet’s amazing work about salesmen is largely silent about the female voice in the drama of American capitalist society and business. I wanted to reveal, through persona, the voice of the forgotten daughters.

When my salesman father died suddenly in his car, like Willy Loman, I started writing poems about the experience of being a Madison Avenue daughter. Then I quickly learned my father had had a secret life on the road. As it turned out, the poems I was writing were “psychic,” as they knew things I would only find out about my father much later, after the poems had been drafted. Poems are intuitive machines that are like readouts of what the larger issues and diagnostics are. I had to go back to the basic constructs of personality and individuation, look under the hood. Once I started really accepting the hybridity at the core of myself, I was able to begin really writing in forms that felt natural to me and to the truth I am speaking.

I find genre to be overly restrictive. I’ve been trying to find other ways, other paths to truth. At some point the book one is in the process of writing disavows your notions about what you want the book to be about: the poems make you look for patterns outside the ones you thought or assumed were there.

I also thought a lot about Luigi Pirandello’s play, Six Characters in Search of an Author. In that play erased characters come to life and try to work out their destiny. I wanted to imagine that kind of erased voice from Death of a Salesman. In that play the voices of Linda Loman and the buyer Miss Francis, the woman Willy has an affair with, were there but minimal in the play; hence, I imagined Miss Francis conceived a daughter with Willy during their affair. That is the erased daughter who speaks in the poems.

MT: Formally this book is so playful, varied, and inventive. Would you talk about your approach to form, its importance to you, and how you think about form in your writing?

EP: Form is never more than a revelation of content, right? My “content,” my growing up, felt very hybrid. I love the hybrid form because, as I delineate in “Autocorrecting the Lyric I,” the first lyric/hybrid essay in Willy Loman’s Reckless Daughter, I am what my children call the Episco-Jew. Half this, half that. The notion of hybridity in form is a wonderful way for my content to come to some kind of revelation, as content is a revelation of form and vice versa.

I also love the prose poem and rhyming couplets; each different kind of poetic form can build a different room in which to inhabit in the poem. Recently I saw a picture of a concrete factory turned into a castle by a Spanish architect, Ricardo Bofill, and I thought that’s how I want my books to be: whimsical, sturdy, visionary, yet tied somehow to a precursor past. Experimenting with form feels like “living truthfully under imaginary circumstances.” I like that. A lot. I want it to go further than collage and pastiche, i.e., postmodernism. Poems are one of the truest forms of imagination.

For me play is a kind of ritual, something that is needed to mark time and contend with it. The human drama needs play to traverse time. As children, we need play and ritual as a way to understand. Being playful is in fact authentically trying to understand. It is in this way theater seeks knowledge.

MT: How does a poem start for you? And more specifically, how did the long title poem get its start?

EP: Poems start in a very fragmentary way for me. I love Roethke’s journals, collected in Straw for the Fire. They are an excellent illustration of fragment as a way to bridge linkages needed to write a good, associative poem that makes interesting leaps of phrases, language, images, ideas, situations, etc.

The title of the long poem that gives the book its title comes from Sanford Meisner’s method acting ideas, namely that acting is living truthfully under imaginary circumstances. I believe the same thing has been true for my life. Also true: living imaginarily under truthful circumstances. The more I studied method acting, the more I wanted to enact some of the ideas in poems. In the long poem by that title, I take a series of method acting exercises and enact them in a series of poems.

Around that time I was listening to Joni Mitchell’s “Don Juan’s Reckless Daughter” and that really resonated with me. I was a reckless daughter, but my Don Juan was Willy Loman. I wanted a connection between the myth or play and my life and my cultural milieu.

EP: Lyric, hybrid essays that are a kind of activist’s memoir!

And I’ve just finished my third collection of poems, The Little Box, which takes off from Vasko Popa’s poems about “The Little Box.” However, our little box is digital, a strange place to find life, love. I like what French philosopher Alain Badiou says in his amazing book, In Praise of Love, where in part he discusses how love and politics and revolution are one and the same and that the world of digital online dating, like in Match.com or Meetic in France, is a “safety first” concept of love where we can always move on to something better in the name of a cozy consumerism, which kills actual love. Love that is a stay against time. Love is choosing yes at every turn. This love requires chance in order to become destiny. Love and resistance are far from “The Little Box,” which is sometimes a Match.com profile, or sometimes a coffin, or a situation, or the computer screen itself. In Popa’s poems the small or little box is sometimes the sacredness of the heart, sometimes a magic strategy. In his introduction to his terrifically beautiful, erudite translations of Popa’s work, Charles Simic writes: “The poet is engaged in the act of penetration, of seeking after truth that lies behind forms and conventions you are accustomed to. The inevitability and presence of poems testify that new forms have been created for truth.” We are all responsible for the little box. It has so much power. We must love and resist or die.