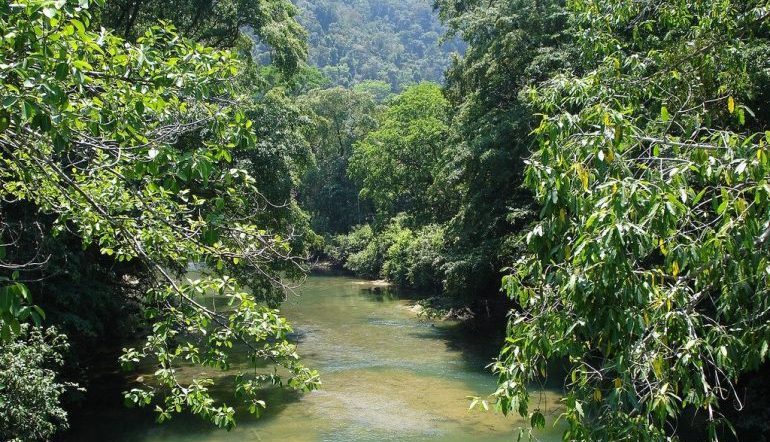 I’m part Guatemalan, born and raised, though I don’t look like it, tall and white. Half my family stands a foot shorter and darker than me. Save a few poignant moments of racism as a child, however, Guatemala was my home, the only place and culture I knew. It wasn’t until my family moved al norte to Colorado that I felt different. My clothes didn’t fit right, compared to other kids my age. I failed to hide my Guatemalan accent when I spoke English. During writing assignments, I struggled to spell, so I would sound out words under my breath. I stopped when I noticed classmates staring at me. Then I insulated myself, stayed quiet in school, wanting to go back home, while trying to survive in this foreign land known as the United States.

When you immigrate, you bring an entire world along with you, a fifth limb impossible to detach, though internal and external forces demand its removal. Immigrants enter into a state of constant negotiation, deliberating what stays and what goes within their sociopolitical space. Junot Díaz addresses this in a recent interview, discussing his children’s book, Islandborn—a story about a girl named Lola who lives in the States yet struggles to remember her native island: “Part of this has everything to do with how many people we know who carry other worlds with them. They live in one, two, three, four worlds. In the United States, it’s… encouraged to get rid of all those other worlds and imagine you only exist in one. But it’s not true.” The current administration underscores this dilemma with their populist propaganda of “Build that wall!” a mantra that denies an immigrant the multiplicity of worlds Díaz explores. The wall as metaphor severs immigrants from their previous life, while expecting their complete assimilation. Fiction at its best, on the other hand, demands plausible treatment of a character’s context. Authors unafraid of polemics show how immigrants negotiate space, memory, and relationships—they reveal their multiple worlds.

Enter Shanthi Sekaran, author of Lucky Boy. In it, Sekaran breaks stereotypes that surround the undocumented experience by showing the fragile side of humanity. She transforms the tired trope of crossing the Mexican-American border atop el tren de la muerte, the train of death, by developing a coming-of-age story through Soli. Soli is a nineteen-year-old woman who becomes pregnant during her voyage, which includes crossing the border atop one of these very trains. She travels with a group of teenagers, avoiding violent coyotes, as they wait for the last train they call La Bestia, because of the lives it claims. Sekaran gives Soli a full breadth of character, contextualizing her immigration story with the jitters of young love. Soli and the wild band of teenagers come together for a brief, electric moment, drinking and smoking, acting like they understand adult life, telling stories of their former world—for her, the slow life of Popocalco, Oaxaca—recalling a kind of Sal Paradise and Dean Moriarty from On the Road. But rather than call for sympathy for or apathy against the undocumented, Sekaran discovers in Soli a young woman who struggles with motherhood and surviving as a single parent without the means to care for her child.

Soli’s pregnancy and child sit at the center of the story. Her pregnancy has forced her to negotiate the economics of the American Dream, which for her includes supporting her parents back home. Upon arrival to the US, she moves in with her cousin, Silvia, who has spent ten years in Berkley, California and acts as Soli’s stoic mentor. When Soli reveals her pregnancy, Silvia recommends an abortion and a job: she now lives in a city, not a self-sustaining farm, and must pay her way. She learns English phrases and mannerisms, gets a job as a maid, and buys a social security number at the back of a market to prepare for her son’s birth. In an attempt to assimilate, Soli makes room for her new world by trying to negotiate out the old: “Popocalco, Papi, Mami, home—these receded farther into the past.” But when Silvia calls her a “Berkley mother,” Soli rebuffs the suggestion, saying she lives in Berkley, but is not part of it. Pieces of an immigrant’s previous world live on, compartmentalized then suppressed, only to slip out in dreams, guilt, accent, or cultural misunderstanding.

This constant back-and-forth of emotions exhausts immigrants into a sociopolitical state that Zygmunt Bauman calls “neither/nor,” neither belonging to their current world nor to their previous one. Sekaran explores this neither/nor paradox in Soli’s son, Nacho. His birth to an undocumented immigrant on American soil blurs the lines that geographic borders are meant to keep clear. He belongs, but his mother does not. After (spoiler) Child Services takes Nacho from Soli and authorities send her to a Washington holding prison to await deportation, an Indian-American couple adopts him. He struggles to understand who his parents are and speaks broken Spanglish. When he tries feeding from his adoptive mother Kavya’s nipple, he rolls to the floor, still hungry, confused. When Soli breaks out of prison and steals Nacho back, he rejects her too, finding his mother neither in Kavya nor in Soli. Nacho is stuck between two mothers, two soils, one adopted and the other native. He comes to embody the plight of the immigrant, unable to return home, unable to stay without giving pieces of himself up.

While Lucky Boy analyzes an immigrant story through the mother-child relationship, The House of Broken Angels by Luis Alberto Urrea approaches it from a father-son perspective. It deals in memory rather than travel, taking readers across geographic and familial borders via haunting episodes that dip into magical realism. It is a beautiful, devastating novel about a Mexican-American family, mixed with documented and undocumented relatives. They reunite for the birthday of their patriarch, Big Angel, who suffers from terminal cancer. Just days before the party, however, Big Angel must also bury his own mother, bookending the story with two family celebrations of life and death. This mixed Mexican-American family personifies the constant negotiation immigrants withstand, even after second and third generations are born stateside, never escaping identity politics.

For Big Angel, a first-generation immigrant, he looks to the past to shape his present. But he also seeks to assimilate—he’s even a registered Republican. As his illness progresses, he speaks to his father’s spirit, whose lingering presence transports readers and protagonist over the border to warm, coastal La Paz, Mexico, Big Angel’s first home and place of his origin story. He remembers admiring his father, the Jefe de Patrullas (Chief of Patrol), before he abandons the family: “[B]eing perched behind the vast oaken back of his father, the Harley thrumming beneath them… that was the greatest thrill of his days.” He remembers the sounds of ocean waves, the sun wrapping around his skin, the cooking smells of carne asada and carnitas. Then he meets his future wife, Perla, at the police station, her family detained for a traffic violation. “She was inconsolate,” Urrea writes. “He was immediately in love.” The spirit of his father acts as a communicating vessel back to his past, allowing Big Angel to access sensorial memories, polished over time. Memory grants power back to the immigrant by fixing part of their identity to a place and time, safe from the uncertainty of their current world. It also carries the risk of turning into unbridled nostalgia, polished beyond reality, increasing the distance between past and present.

Little Angel, the younger half-brother who lives in Seattle and works as a professor of Chicano literature, comes from an American mother. Though growing up bilingual and bicultural, he faces animosity from both Anglos and his family. His identity politics recall Nacho’s from Lucky Boy, as his constant negotiation leaves him in a state of neither/nor. He fights off memories of people calling him “wetback” and “burrito breath,” while his own family refuses to speak Spanish to him. In a particular painful memory from his youth, Little Angel remembers how Big Angel goes back on a promise to bring him down to Mexico for Christmas one year. By not bringing Little Angel with him, Big Angel prevents him from crossing a formative familial and cultural border. This denial resurfaces in the doubt Little Angel feels around his family as an adult, unsure if they will accept him as patriarchal successor to his older half-brother. Pressure to negotiate identity comes from both inside and outside forces, people distrustful of those unlike them, because they’re difficult to categorize.

At its core, beyond its memorial and magical realist episodes, Urrea’s novel depicts the reality of caring for a dying family member, immigration notwithstanding. Caring for the dead, it suggests, is a most human act. Toward the beginning of the story, Big Angel describes watching his mother fade into her illness when she mistakes her heart monitor for a teacup in the hospital. He fears his own senile path toward death. When his own moment comes, he knows it, but cannot detach himself from it. Seated in his bathtub, ashamed of the assistance he now needs to bathe, he slides his “hands over his face. His back looked like a Halloween costume of gray bones. He shivered in the warm water.” His daughter bathes him as he used to bathe her when she was a baby. He apologizes for transgressions only he understands and cannot bear Little Angel seeing him so weak. The House of Broken Angels shines when it acknowledges what lies beneath the neither/nor layer, the basic, undressed humanity of family trying to get it right. In a private moment, Little Angel thinks, “if only the dominant culture could see these small moments, they would see their own human lives reflected in the other.”

With today’s incendiary political environment surrounding immigrants, absolutes have become truisms—keep them out or keep them in, forgive or punish—cheap and easy to consume like fast food. Perhaps it’s wiser to acknowledge sociopolitical borders that shift, rather than hide behind geographic borders that ignore this very evolving cultural dynamic. In Lucky Boy and The House of Broken Angels, Shanthi Sekaran and Luis Alberto Urrea join a growing number of minority authors who wish to speak to the majority, rather than have the majority speak for, at, or over them.