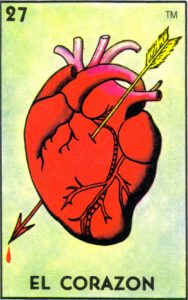 Some scholars say that Queer Latina/o writing is fast becoming a major core of the Latina/o literary canon. I say it’s the future of the canon altogether, with some of the most exciting, intelligent, and provocative American writing coming from the disciples of such luminaries as Cherríe Moraga, Rigoberto González, and Gloria Anzaldúa, among others who were cultivators of early contemporary Queer Latina/o writing.

While so much of Gen X Latina/o writing (predominately straight writing) is concerned with the outer edges of the Kinsey scale—as it related to the violence surrounding Latino masculinity, machismo, or misogyny—Millenial writers are increasingly interested in the entirety of that scale and its nuances: What does misogyny look like when it comes from a feminine place? What is Queer masculinity? What is straight Latino masculinity once it’s deconstructed? What does Queer Latina/o love look like in the twenty-first century?

All of these questions are posed in the writing of the individuals below, who are some of my favorite authors writing today. They’re all excellent craftsmen: smart, witty, and dangerous–which is why I read them. These guys are simply incredible:

Eduardo C. Corral is one of my favorite poets right now. I first encountered his work in the first issue of Huizache and knew instantly that I had to get my hands on a copy of his book, Slow Lightning (Yale University Press), which was the recipient of the Yale Series of Younger Poets award. What I love so much about Corral’s work is that he can be clever without beating you over the head with cleverness. He can be visceral without repelling you with his incredible viscerality. And, in fact, it’s that same viscerality in poems like “To Juan Doe #234” that make so many of his poems living, breathing things.  So much of his work is written with the whole body, not just from the neck up.  And the end results are poems that haunt you, even change you, in small ways. Corral’s poems are corridos, punk anthems, funeral marches, war songs, all of that.

Lorenzo Herrera y Lozano’s newest collection, Amorcito Maricon, (Korima Press) is one of the great contemporary books of poetry you can buy right now. Its provocative cover makes it fun to read in public or casually throw on your writer’s desk when you can. More often, I love to teach this new collection of poems to my summer freshmen, many of whom jokingly remark that the poems almost command their own time-space fabric—the pace is contemplative, the poems ask only that you practice a radical kind of empathy. One which efficiently deconstructs the underpinnings of masculinity as we know it—particularly Mexican masculinity—and forces you to confront desire not only as a straight or gay or even a sexual thing, but as a human thing. Our desire for dignity, our desire for equilibrium.

Ruben Quesada isn’t a Millenial–and he’s been around for some time–but I think he belongs on this list anyway.  His poetry first came to me via Twitter. As fate would have it, just a few days later a poet friend sat me down, put the poem in front of me, and said, “You have to read this!” The poem was “On Telos.” The website was the Ostrich Review. The chair was uncomfortable because it was from Target, but I was too into the poem to care. I was intrigued by Quesada’s language but also by the images in his poetry: the braided muscle of the arm, the silken road of a spine. People I know who are familiar with his work are passionate about his poetry.  It’s smart poetry written with incredible heart. Quesada’s book, Next Extinct Mammal (Greenhouse Review Press), is a feat.

Juan Luis Guzmán’s poem, “Pantoum,” is easily one of the standout pieces I’ve read over the past year—prose or poetry. It might be the narrative quality of “Pantoum” that makes this poem stick with me–I’m a prose writer by trade. Reading Guzman, you get the feeling he could be a switch-hitter. His poems read like small essays complete with narrative arcs and characters and stakes. Guzman is easily one of the most exciting new writers to watch right now. Reading his work, you get the feeling that he could craft anything he wants. And I hope he does. I hope writes it all: the collection, the memoir, the novel, the new constitution of some country.