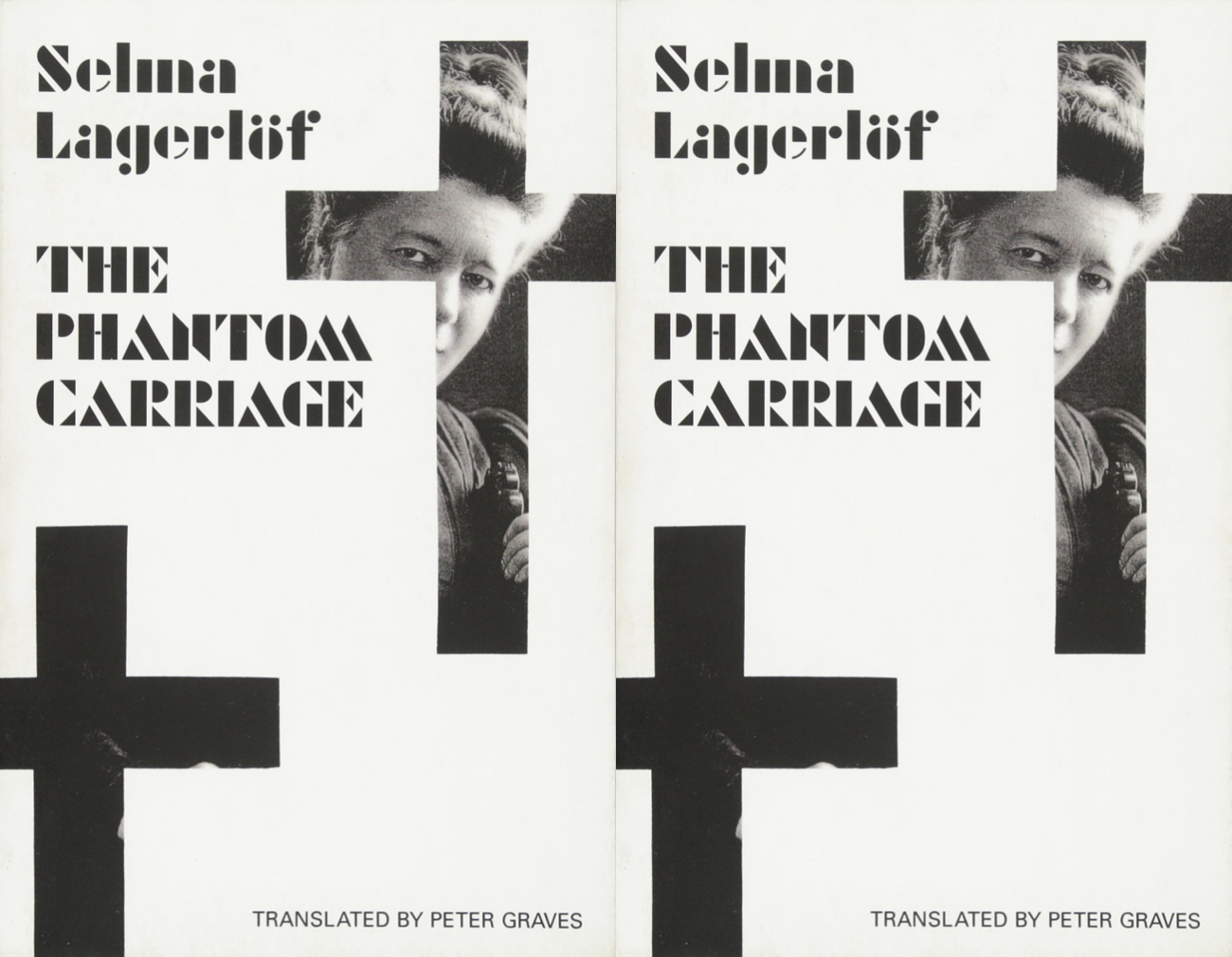 [Editor’s note: Every few months, Akshay Ahuja will dig into the archives for an old book that has either fallen out of favor or never received the recognition it deserves. Feel free to add suggestions for future rediscoveries in the comments.]

The only people likely to be familiar with Selma Lagerlöf’s 1912 novel The Phantom Carriage are film buffs; it was made into an early silent film classic, notable for the use of double exposure to create ghostly effects. I had never heard of the movie, but I saw that the novel was a holiday story inspired by Dickens’ Christmas Carol and decided to take it along for winter break.

A few weeks later, sitting with my wife’s family around the fire, I suggested it for their tradition of reading stories aloud.

The novel revolves around a legend: that the last man to die on New Year’s Eve is doomed to drive death’s cart for the next year. Death, the legend says, concerns himself only with notables—with kings and saints—while his cursed driver picks up the undistinguished dead: the children, the poor, the millions with lives half-wasted and cut short.

In the early pages, we meet a noble Salvation Army sister, dying of tuberculosis, and a drunken, abusive man named David Holm who is almost certainly responsible for giving her the disease. Holm, off drinking with his friends on the holiday, has a coughing fit in the midst of a brawl as the bells are ringing for the New Year—and then, as he lies on the ground, a strange cart rattles up to him.

We were hooked. The book, as we read aloud, felt filled with something I can only describe as Fireside Power. Further in, though, an ironic tinge began to enter our voices. Words like “sublimity” and “blessedness,” which Lagerlöf uses unabashedly, are hard for most modern readers to say seriously. The novel is filled with tears and trembling lips and lines that indicate that angels are watching over us. Eventually, one member of the family said she had had enough and went off to find new entertainment.

For those of us that stayed, Lagerlöf’s afterlife proved not to be a simple Christian one, but a pagan world of forces and spirits. For every sentimental scene, there was another with darker implications—that the noble Sister’s love for David Holm might be less than chaste, and that her attempts to help might actually have destroyed his family. During a late scene where death’s driver relates the lesson he has learned over the past year, the irony in our voices disappeared; we were like children in camp, getting quiet for the end of a story.

Lagerlöf knew the dangers of what she was attempting in The Phantom Carriage. “I certainly intended it to be a sermon,” she wrote, “and I don’t regret that though it’s perhaps a crime against aesthetics. I say perhaps, because I’m not absolutely sure. It does seem to me that literature is the bridge over which all sorts of things can be driven into the brain: philosophy and the art of living—so why not morality and religion as well, as long as it’s not made too boring.”

The Phantom Carriage is absolutely not boring. Neither are the two other Lagerlöf novels I have read—Lord Arne’s Silver, also from Norvik Press, and Gösta Berling’s Saga, reprinted by Dover. They are all lit with the power of the oral storytelling tradition, which survives on film but is often missing from our literature—the sense of mystery, the snow falling outside, the faint rattle of an old carriage at the door.