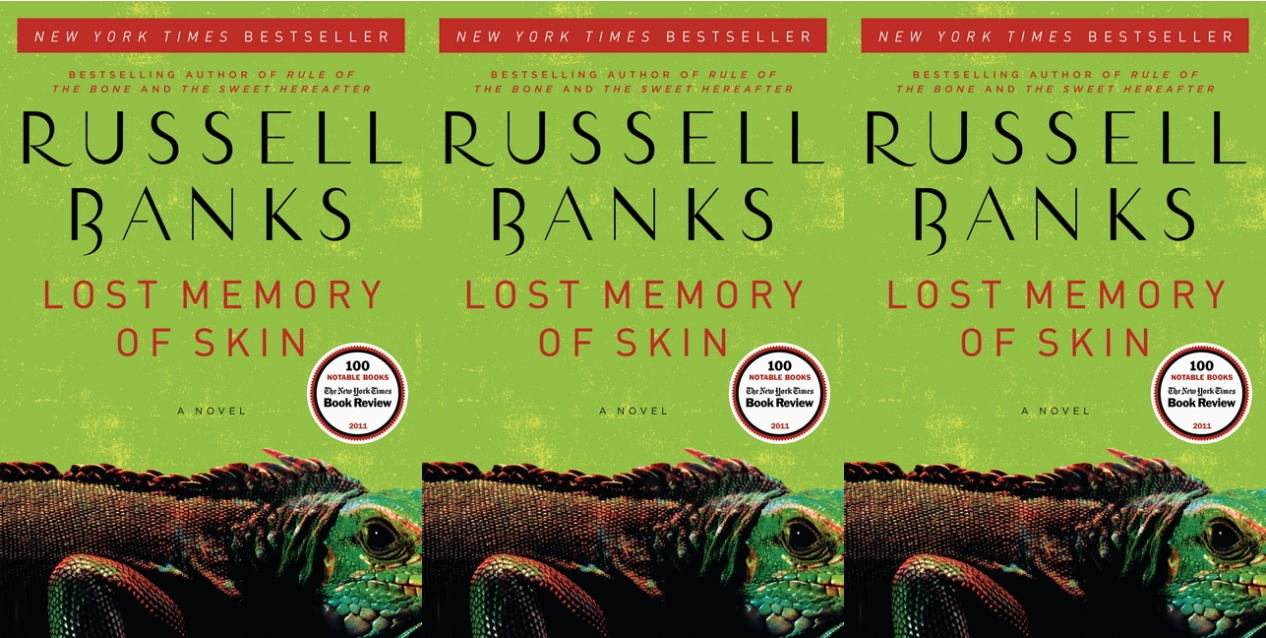 Outside of freshman philosophy classes and Republican presidential debates, morality is not a hot topic these days. Books that moralize are considered old-fashioned at best and insulting at worst. Leave it to Russell Banks to write a subtle, thoughtful novel about what would seem to be the most unambiguous moral issue of all; Lost Memory of Skin’s narrator, The Kid, is a sex offender.

A quiet, resourceful boy of 22, The Kid is homeless, abandoned by everyone he knows, and kicked out of the army, with only his pet Iguana for a friend. He lives with other sex offenders in a shantytown under the causeway, one of only three places which meet the requirements of his parole: 2,500 feet from any school, any church, any park, any place where children gather. These modern-day untouchables are unemployable, unwanted, and universally despised.

Meanwhile, The Professor, a corpulent man with an unclear past, takes an obsessive interest in The Kid. He gets him a job, buys him supplies, and comes to his rescue when a hurricane threatens the shantytown. In exchange, he asks The Kid to record himself speaking into a camera each day. Is this all for sociological research (as The Professor claims), or is it something more sinister?

In a country where drunken public urination can lead to a lifetime sex offender status, and teenagers are prosecuted for consensual sex acts with their teenage partners, the question is not whether The Kid is deserving of our sympathy. Lost Memory of Skin never reaches the level of an Ehrenreich-type exposé on the sex offender underclass.  The emotion Banks creates is more of a quiet shame. How have we come to this? If you marginalize a pedophile, does anyone care?

By coincidence, the week after Lost Memory of Skin hit bookstores, Reddit officially shut down r/jailbait—an Internet message board devoted to sexually suggestive pictures of teenagers—due to media scrutiny. This was not some underground, seedy corner of the Internet. r/jailbait had over 22,000 subscribers, and until September of this year, Reddit was owned and operated by Condé Nast.

So while we can try to pretend that we’re sweeping the problem under the overpass, the moral of the story here is that sexual abuse and pedophilia are not lone weirdo problems; they’re a culture problem. We are a culture of perpetrators, a culture of victims. And the difference is not black and white.