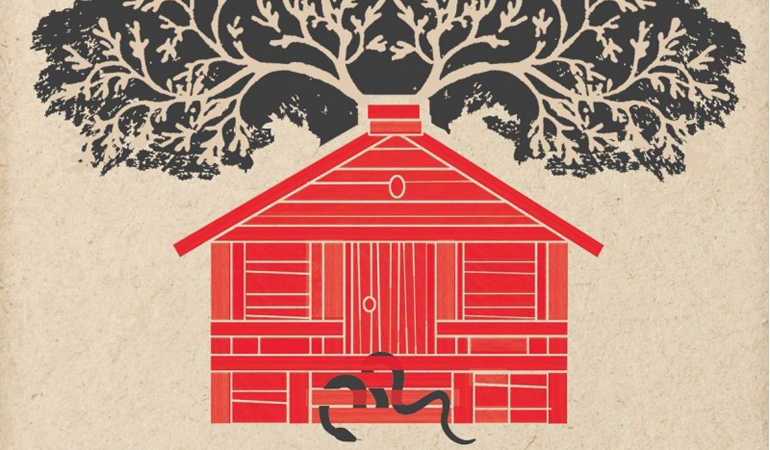 Earlier than expected, children begin shaping their moral universes. This is as true of literary children as children in real life. In Louise Erdrich’s The Last Report on the Miracles at Little No Horse (2001), Nector Kashpaw’s compassionate gift of a black licorice pipe to Lulu, one little boy to one little girl, sets the stars spinning for the futures of both. But adults also set the stars spinning for children in Erdrich’s novels; it happens all the time. “She chose revenge,” Lulu recounts of her mother Fleur Pillager, who abandons Lulu at a boarding school so Fleur can seduce the man who stole their land. “She chose revenge. I chose to hate her for it.” Her mother’s departure is rendered into a form of death: “I tugged and pulled my mother’s hand as if to bring it to life, but her hand was stiff, and cold, like the paw of a trapped, dead animal.” By the time her mother returns, Lulu has become a person whose mother is dead to her.

Erdrich’s most recent triptych of novels—The Plague of Doves (2008), The Round House (2012), and LaRose (2016)—all feature children more prominently than adults. In each case, children are confronted with a many-layered moral question that their experiences over the course of the novel will help them to process. Notably, adults do not offer clear moral guidance. They do not have all the answers, and sometimes their answers are even harmful because they lack awareness of the context surrounding the child’s concern.

The Round House, narrated in first person by teenaged protagonist Joe Coutts, asks urgently, “How should a son handle the violent rape of his mother?” From the first sentence onward, this question is implicit in every interaction, even before Joe knows his mother has been raped. Consider how Joe handles this conversation with a pregnant woman in the hospital waiting room:

Don’t you Indians have your own hospital over there? Aren’t you building a new one?

The emergency room’s under construction, I told her.

Still what? I made my voice grating and sarcastic. I was never like so many Indian boys, who’d look down quiet in their anger and say nothing. My mother had taught me different.

. . . Looked like that poor woman had a miscarriage or maybe—her voice went sly—a rape.

One can feel the ache of that proud thought, My mother had taught me different, followed by the woman’s ugly speculation, which first puts rape on the map for Joe. The blows then follow in rapid succession from more tender quarters: his father, his aunt, and finally his mother.

I tried to stroke her wrapped wrist and cold, dry fingertips. With a cry, she snatched her hand away as though I’d hurt her. She went rigid and closed her eyes. This action devastated me.

Over the course of the novel, Erdrich delves into a dizzying array of sub-questions confronted by Joe. She opens with interpersonal dilemmas such as whether Joe should obey his father or defy him during emergency situations, how he should handle the rude comments of the pregnant woman in the waiting room, and then how he should talk with and be with his psychologically and physically wounded mother. The questions become more complex as Joe is hit with the real-life impact of the gaps between Native and US law: Should he investigate who killed his mother, or leave it to the adults? What should he do with evidence once he uncovers it? Should he attempt to kill the man who raped his mother when the justice is prevented by legal barriers? He also becomes increasingly concerned with how much or how little he should involve his friends in both the interpersonal and legal dilemmas.

Erdrich demonstrates her maturity as a writer by choosing not to rush through this cataclysmic event in the life of a family. She appreciates fully how a single event can trigger feelings that move both spatially (from person to person and place to place) and temporally (within the same person or place over time, even over generations).

Erdrich’s steady hand with family catastrophe is on full display in LaRose, as well. When Landreaux Iron accidentally shoots the five-year-old son of his best friend in the woods between their houses, he and his wife give their son of the same age to his best friend’s family in a traditional form of making amends. As with Joe in The Round House, LaRose bears the moral burden. Joe grapples with revenge; LaRose, with forgiveness and healing. Unlike Joe, LaRose enters this situation specially equipped to handle it: all the LaRoses, generation after generation, are healers and bridges between communities that have wounded one another. LaRose has a built-in capacity for healing that the adults in his life struggle to understand even as they depend on him to give and give and give. In the end, LaRose points to the difficult truth that justice can take more than one generation to achieve.

In The Round House, the quest for justice is both more harried and more immediate. Joe ultimately has to be rescued morally by his best friend Cappy. That doesn’t mean Cappy rescues Joe from pain. His actions cause pain to Joe that is easily equivalent to the pain he felt for his mother. Erdrich’s worlds don’t ever shy away from suffering. But when justice has to be meted out—and it seems like what goes around must come around in the moral universe of The Round House—Cappy steps in to take it. It’s as if he sees that Joe has reached the limits of what Cappy himself is willing to tolerate, and he just can’t let it happen.

Erdrich never assumes this kind of quiet sacrifice is impossible for a child like LaRose or a teenage boy like Cappy. Joe, Cappy, LaRose, and Erdrich’s many other literary children become a gentle indictment to adults, not by modeling good morals but by pushing the boundaries of “good” over and over again with a degree of naivete and longing that, perhaps, the adults have too quickly abandoned.

Tags:LaRose, Louise Erdrich, The Last Report on the Miracles at Little No Horse, The Round House