Home
»
Critical Essays
»
Loving the Stranger Beside You: Han Kang’s The Vegetarian 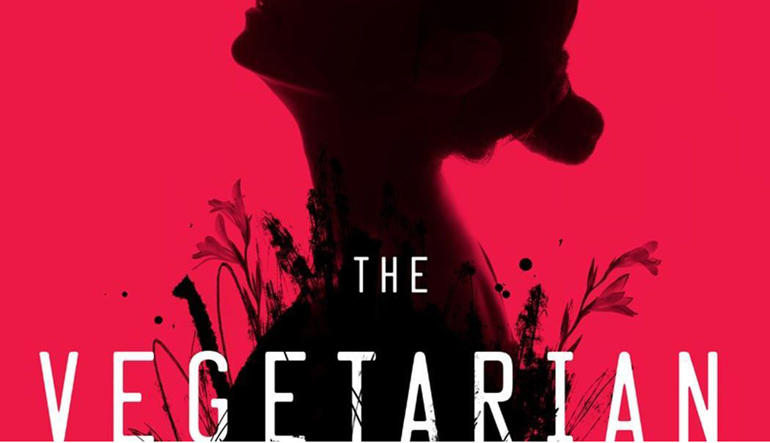 In The Vegetarian, a collection of three linked novellas, author Han Kang creates and then protects an open moral space between Yeong-hye’s sudden conversion to vegetarianism and her family’s perception of it. Is Yeong-hye wrong to become such an extreme vegetarian that she eventually tries to subsist on nothing but sunlight and water? Is she crazy? Is she selfish? Are her family members wrong to respond as they do to her radical decision?

Each novella is told from a different point of view: Yeong-hye’s husband Mr. Cheong, then her brother-in-law, then her sister In-hye. What can be known of Yeong-hye’s vegetarianism is pieced together little by little, from narrator to narrator: She has a recurring, violent dream of eating raw meat. She and her sister sometimes have flashbacks to violent moments in their childhood, such as the time her family killed and consumed a dog that bit Yeong-hye. Yeong-hye is diagnosed with schizophrenia, but the doctors don’t understand why she refuses to eat. Yeong-hye wants to turn into a tree. Yeong-hye doesn’t want to sleep with her husband because he smells like meat, but she will sleep with her sister’s husband when he paints flowers on her body. She believes trees hug the earth with roots like arms, so she, too, balances in a handstand for as long as possible, saying, “All the trees of the world are like brothers and sisters.”

Clearly, this is no ordinary form of vegetarianism. Yeong-hye’s family is surely justified in responding to her extreme behavior in unorthodox ways themselves as they struggle to cope with her transformation. But how far is too far?

Kang maintains a cool narratorial voice when describing the questionable moral decisions of Yeong-hye’s family members. Since Yeong-hye’s family members are the ones doing the talking, Kang can avoid judging their actions directly. Not only that, but each novella progresses from least sympathetic to most. “When a person undergoes such a drastic transformation, there’s simply nothing anyone else can do,” Mr. Cheong professes, only to go on to commit terrible violence against her. Her brother-in-law, by contrast, commits no direct violence but certainly exploits her condition for his art. After painting flowers over both their bodies, he video-tapes them together, searching for “a solution, for a way to free himself” from intense sexual arousal. The brother-in-law is a far more sympathetic figure than Mr. Cheong, inasmuch as he participates in Yeong-hye’s fantasy of becoming a plant. However, he still treats her as a means to an end.

Throughout these two novellas from the men’s points of view, Kang limits Yeong-hye’s perspective to surreal dreams and scraps of dialogue. She further appeals to face-saving and social shaming as a means of holding Yeong-hye at arm’s length. Neither man understands her. They even willfully misunderstand her when they desire her most. Readers must supply the human connection themselves as a form of “participation via protest” in order to complete the story.

Then the final point-of-view character, her sister In-Hye, takes over the story. In-Hye genuinely wants to help her sister, and is the only member of the family to persist in supporting her. Her flashbacks to their childhood reveal insight into Yeong-hye’s character, perhaps suggesting a reason for her strange situation, such as this poignant reflection about a time when the sister were lost in the woods, and Yeong-hye suggested, “Let’s just not go back.”

Only after all this time was [In-hye] able to understand why Yeong-hye had said what she said. Yeong-hye had been the only victim of their father’s beatings. Such violence wouldn’t have bothered their brother Yeong-ho so much, a boy who went around doling out his own rough justice to the village children. As the eldest daughter, In-hye had been the one who took over from their exhausted mother and made a broth for her father to wash the liquor down, and so he’d always taken a certain care in his dealings with her. Only Yeong-hye, docile and naïve, had been unable to deflect their father’s temper or put up any form of resistance. Instead, she had merely absorbed all her suffering inside her, deep into the marrow of her bones.

Even at this juncture, however, ultimately In-hye folds into her own consciousness. Full understanding of Yeong-hye recedes in importance as In-hye instead wonders if, by comparison to her little sister, she is a coward. In other words, Kang once again veers away from a psychologically “complete” rendering of Yeong-hye.

Kang herself has noted the influence of the massacre at Gwangju on this book, in particular the question of what would happen if a person tried “to live a perfectly innocent life” amid societal violence. One possible way to interpret the three novellas, then, is to see them each as an attempt to define society via relationship. Society is an abstract force; family is not. By allowing societal violence to find expression in intimate relationships, Kang invites readers to consider how one’s choices can lead to estrangement from others and the world. The struggle, in the end best represented by In-hye, is in overcoming fear—or “cowardice,” in In-hye’s terms—to love the stranger beside you.