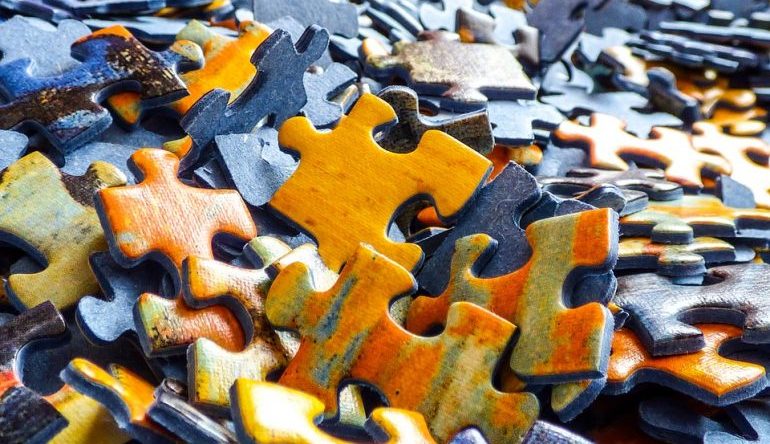 The short stories of Lydia Davis, in spite of their infamous brevity, often work on at least three levels. In the case of “Ethics,” a paragraph-long fiction that humorously interrogates the Golden Rule, the story works as a highly ironic character study, a relatively successful reductio ad absurdum argument, and a larger philosophical questioning, which calls attention to the inherent instability of logical structures themselves.

The surface-level plot of the story follows a first-person, unnamed narrator recalling a radio interview show about ethics, which claimed that the maxim “Do unto others as you would have others do unto you” is a concept that “underlies all systems of ethics.” The narrator questions that statement, mostly because when they try to apply it to a specific person, it doesn’t quite work.

One of his problems is that he has a lot of hostility toward certain other people and when I imagine how he would have them do unto him I can only think he would in fact want them to be hostile toward him, as he imagines they are, because he is already so very hostile toward them. He would also want them to be suspicious of him to the same degree that he is suspicious of them, and bitter about him as he is bitter about them.

The recursive, run-on sentences in this passage create an angry and satirical tone, as if the narrator is going on an incoherent rant about a petty grudge. And based on a cursory reading, the story’s humor appears to stem from the narrator’s emotional argument that takes a logical structure while straining the bounds of logic. But upon closer examination, the narrator’s assertions qualify as a nearly seamless reductio ad absurdum argument. Or, in other words, the narrator takes a statement and demonstrates how taking that idea to its logical extreme leads to absurdity and/or contradiction.

Statement: “Do unto others as you would have them do unto you” is a concept that underlies all ethical systems.

Premise 1) The “certain person” does unto others as he wants others to do unto him.

Premise 2) This person is hostile, suspicious, and bitter towards the narrator.

Conclusion: This person wants the narrator to be hostile, suspicious, and bitter towards him.

Not only does this conclusion seem somewhat absurd on its face, it creates an inherent contradiction within the story. While not stated explicitly, the narrator implies that they do not want to be treated in a hostile, suspicious, or bitter manner. So even if the above conclusion actually turned out to be correct, it would be contradictory, since this other person wants the narrator to treat him in a way that they would not want to be treated.

This is, of course, not exactly a valid argument, since it assumes that all people subscribe to some kind of system of ethics, and that they adhere to that system of ethics without any exceptions or failures. However, it is a useful reductio ad absurdum argument, because it successfully demonstrates that if the maxim “Do unto others as you would have them do unto you” were strictly applied in the real world, it would lead to absurdities and contradictions. Everyone wants to be treated slightly differently, so why would the Golden Rule be applicable to anyone who is not exactly like yourself?

And therein lies the brilliance of “Ethics.” While at first glance, it seems to be an illogical story about a perfectly logical maxim that we all take for granted, it is actually a relatively logical argument for why we shouldn’t take that maxim for granted. Since we all have different values, personalities, and sensitivities, the narrator argues, we should not treat others the way we would like to be treated, but the way in which we can reasonably believe they would like to be treated.

Is Davis (or the narrator) taking this argument particularly seriously? In my opinion: no. The tone of the story is still, overall, deeply ironic. The juxtaposition of the emotional tone and underlying logical structure, however, serves a purpose beyond simple humor: it interrogates the stability of any and all logical structures. The narrator is emotionally motivated, and clearly looking at ethics through a specific and self-interested filter, but still manages to come up with an argument that bears the weight of logic. Just as the narrator successfully “debunks” a widely accepted ethical maxim that is ultimately illogical, Davis questions the widely accepted “purity” of logic. The last line, in particular, raises the question of whether all logical arguments are based in essentially arbitrary systems.

So, really, he is already doing unto those certain others as he would have them do unto him, though in fact it occurs to me that at this point he is only having certain feelings about them and not doing anything to them, so he may still be quite within some system of ethics, unless to feel something toward someone is in fact to do something to that person.

Like the rest of the story, this sentence works on multiple levels. In the straightforward narrative of the story, the narrator is bitterly admitting that this “certain person” has not actually done anything to her, but simply has no affection for her. In the context of the surface-level logical argument, this statement further exposes the illogical nature of “doing unto others as you would have them do unto you,” since the narrator would want those “actions” to include feelings, which are often not under a person’s control. And finally, this sentence serves to demonstrate the instability of the structures on which logic is built. The term “some system of ethics” in itself sums up the underlying thesis of the piece: one can always devise some sort of internally consistent argument for unknowable things like ethics, but they will only be consistent within already established (and often unstable) societal and/or personal schema, subject to all entailing human emotions and biases.