Home
»
Publishing
»
Mango and Masala: Food in the Immigrant Novel 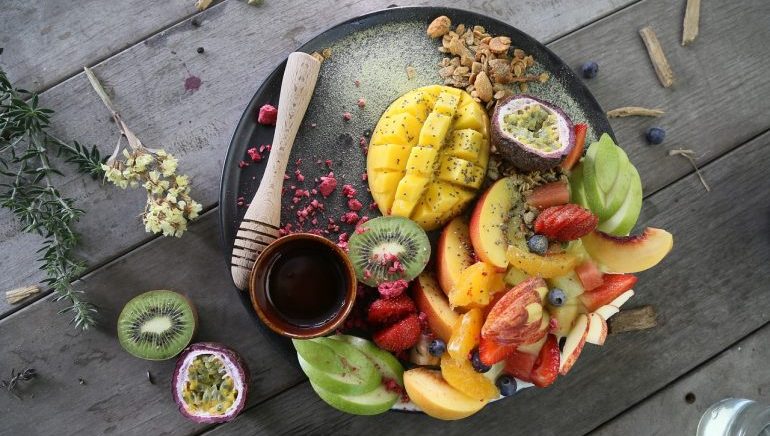 The buffet of novels in which food takes center stage is abundant and delicious. As a nonfiction food writer and a dabbler in fiction I find a wide array as I try to research how fiction writers, especially novelists, depict food. Simple preliminary Googling suggests more than fifty such novels.

Being a former “immigrant” in America—or at least a member of the South Asian diaspora—I wonder whether food in fiction is a function of ethnic heritage, race, or class, or whether it transcends them to give meaning to larger and more universal themes. Immigrants often write on themes that hark back to the food and culture of their ancestors and family or that give voice to issues of race and class in their current milieu.

Immigrant writers are often narrowly categorized as writers of “immigrant fiction.” As I wrote earlier on this blog, they indeed write about some of these themes, like cross-cultural clashes and the conflict between constructed past and immigrant present.

To find out how immigrant writers approach food, I turn to one Asian Indian author, Amit Majmudar, a second-generation immigrant. His latest novel The Abundance uses “food to tell a larger story about life, death and the immigrant experience“; I asked him via email how he came to decide that food would be central to the book:

This arose naturally from the character. I decided the narrator would be fundamentally different from me in every possible way—so I made her a female, elderly, and among other things, a cook (I don’t cook much at all). I also have a very typical element in my upbringing, which is that my own mother loves to cook and loves to feed everybody. So I was able to incorporate that from personal experience while, at the same time, writing outside my experience.

In 1998 Chitra Banerjee Divakaruni combined magic realism with lush descriptions of food from India in her novel The Mistress of Spices. Fellow Asian writer Shashi Tharoor describes it in a review for the Los Angeles Times,

Though Divakaruni does the magic rather well, writing about the mystical spices in prose that rise lightly off the page like so many wisps of incense, she is best at the realism. She has a keen feel for immigrant life … Standing behind counters of dim motels where we must smile as we hand keys to whores. Yes, always smile, even when people say “Bastard foreigner taking over the country stealing our jobs.”

In her study, Culinary Fictions: Food in South Asian Diasporic Culture, Anita Mannur wonders whether by engaging the text’s “use of Orientalism to render race palatable, it is possible to wrest a novel’s surface-level sugariness from the weighty issues lodged within the narratives.” Citing The Mistress of Spices and Bharti Kirchner’s Pastries: A Novel of Desserts and Discoveries, Mannur says these popular novels are “surprisingly trenchant critiques of racial politics and capitalism in the United States.”

However, featuring food in order to perpetuate themes of “otherness,” exoticism, racial marginalization, or even nostalgia, should perhaps have limits. Critics, like Asian American cultural commentator Frank Chin, have panned writers who indulge in “food porn” and “who deliberately use a culinary idiom to anchor depictions of racialized life for Asian Americans.” Also, immigrant authors of South Asian origin have been charged with appealing to marketers and Western readers by using food clichés, like the mention of mango. Trying to lure readers with appetizing images and scenes of mango under the pretext of exuding South Asian authenticity might meet Chin’s criteria.

I dream of a day when the use of food in immigrant writers’ fiction will transcend these specific issues and pitfalls by commenting on the human condition, rather than focusing on otherness and nostalgia. Beyond backward glances toward the food of their past homeland and its traditions, beyond race and class, food in the diasporic novel might someday take on truly universal meanings, like novels that use food to tell a larger story about life, death and—above all—love.