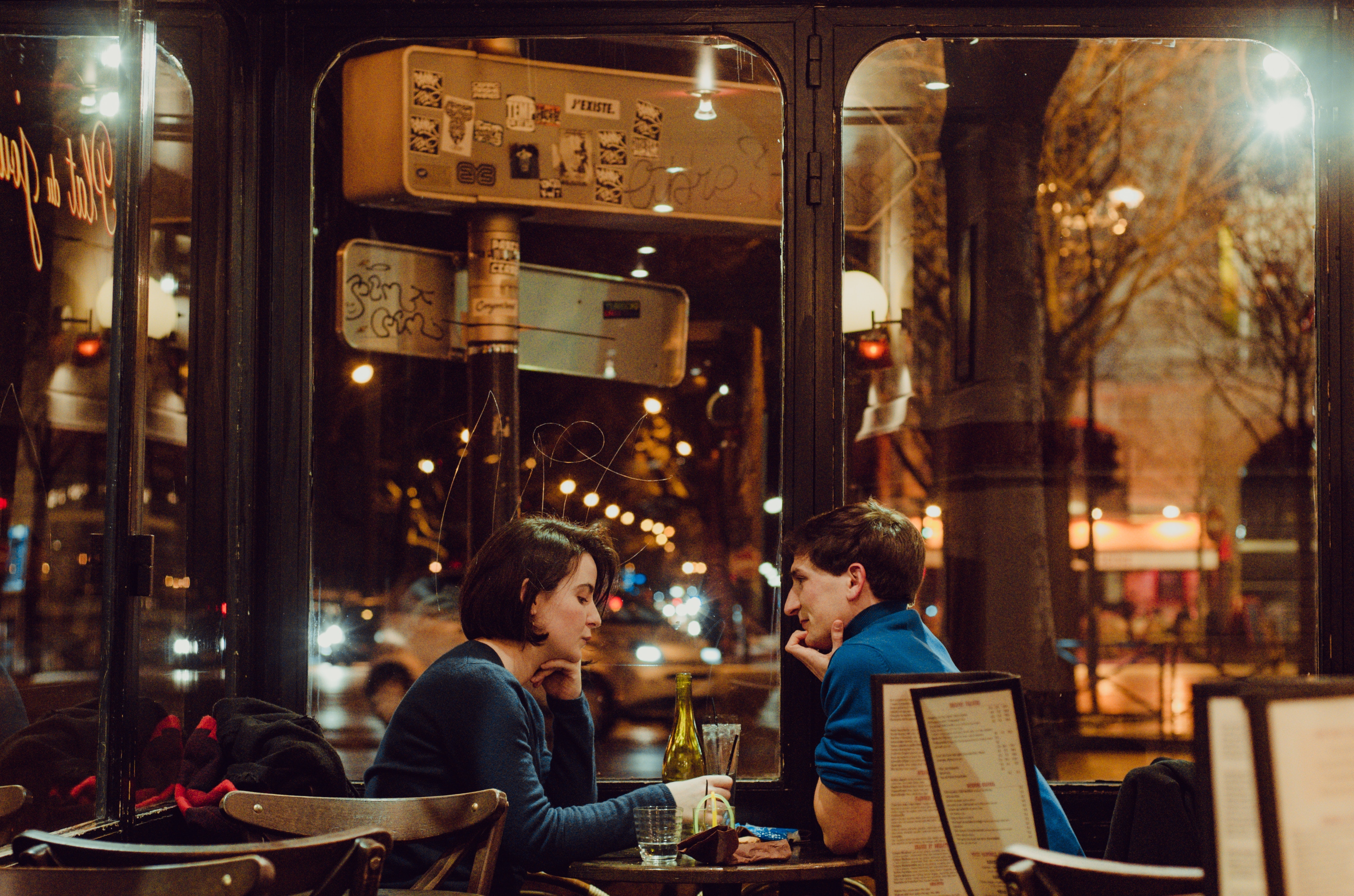 Lately I’ve been spending a lot of time reworking my manuscript, ordering and reordering, adding and removing poems, trying to shape it into something that’s more than just a coherent collection.  I want my book to feel like a particular kind of experience, one that develops unexpectedly as it unfolds in time, like a provocative encounter with a stranger.  There’s a party, a big room with many voices, spectacle, eye candy.  You’ve come to meet someone, but who?  It’s so hard to really meet anyone in these places.  Your eyes browse the hipsters in line at the cash bar, lingering on fripperies, amused.  Then someone crosses the room right to where you’re standing and fixes you with his grin.  Does he really think that line will work?  You challenge it – and find, despite yourself, that you’ve been drawn into a meaningful conversation.  His bravado complexifies into a kind of self-deprecation.  His manner, at first overfamiliar, now seems a direct response to the brevity of life.  Already you feel intimate with him.  Will you leave the party together?  No.  His heart is not his own.  He smooths the stray hair back from your eyes in farewell.

The best books of poetry lead us in and teach us how to read them; they are primers for themselves.  Some poets do this gently, with an outstretched hand; others just toss the reader into the maelstrom (my first experience of reading The Dream Songs had something of this character!).  But a well-constructed book of poems will use these waves to teach a reader how to swim.  Something of what must be taught is method: each poet has a different way, a different range of ways, to establish meaning, and part of reading new poets is becoming attuned to the subtleties of their meaning-making.  The difficulty of this endeavor has become much greater over the past century – many poets, in attempting to follow Pound’s dictum to “Make it new,” have abandoned traditional methods of meaning (coherent syntax, unified speaker, logical argument, narrative) in favor of more radically disjunctive or associative ways.  Because of this, lesser contemporary poets of an experimental bent are often incoherent unless they are interpreted using one particular rubric – thus, the necessity for manifesto.  These are poems that require a handbook.  A great experimental poet, like Berryman or, more recently, Rae Armantrout, teaches you the rubric as you read the poems, no handbook required.  Lesser traditional poets tend to fail for the opposite reason: their attempts to make meaning are too easily read – that is, they are clichéd, whether formally (boring verse), narratively (canned plots), or emotionally (sentimentality).

It’s not just meaning-making that we must come to terms with when we encounter a new poet – perhaps even before meaning we experience voice.  Voice, that mysterious indefinite, the unified presence that underlies a poem or a whole body of work.  Voice is both everything that’s said, and everything that cannot be said.  Voice is one particular way of speaking, but it is defined by all of the ways of speaking it has foregone.  Voice is also a method of understanding, an emotional intelligence, a position toward life, a “consciousness.”   Paradoxically, voice is both learned and inherent, learned as literary technique and inherent as personal worldview.  Many of my students are anxious about “finding their voice,” as I was as a beginning writer.  I give them the advice that was given to me: keep reading and writing, and voice will take care of itself.   It may be good advice, but I know that it’s poor consolation.  Particularly for young writers, lacking a definite voice seems akin to lacking a personality or identity.  They wonder, “How can I ‘find’ a voice – shouldn’t I have it already?”  They wonder, “Since I’m me, shouldn’t everything I write come out in my own voice?”  I could address their concerns by trying to differentiate the effects of literary technique on voice from the effects of human personality and experience.  But really, I don’t have good answers for these questions.

Having a powerfully distinct voice is perhaps the single nonnegotiable criterion for greatness as a poet (or, indeed, a writer of any kind).  But there is no certain way to achieve this.  Working with my manuscript these last several weeks, I discovered that there was a problem with voice – poems in the manuscript were speaking in two different modes.  The disclosing, conversational voice characterizing many of my older poems jarred with the more expansive and depersonalized voice of my newer work.  For years, I had been working with two manuscripts, but had only just achieved the perspective necessary to see them clearly.  This was a humbling realization.  Would I have to abandon the earlier work?  I still stand by many of the poems in this older mode.  The best of them succeed on their own terms, and say what I want them to say.  In their emotional directness, they tend to be accessible to readers.  What’s more, they stand witness to a part of my life that is otherwise unrecorded.  But there’s no place for them in my book.