Maxine Kumin, a longtime friend of Ploughshares, passed away on February 6th at the age of 88. She published first with us in Spring 1974. It was an excerpt from a journal about raising horses and living in the country, which she continued to do for the rest of her life. In the piece, she wrote: “So it seems I put my trust in the natural cycle, and bend to it. It is so far removed from self-improvement as to be an escape hatch. Nature pays me no attention, but announces the autonomy of everything. Here nothing is good or bad, but is, in spite of.” 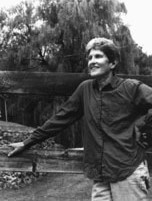 In the forty years since the excerpt appeared, Maxine Kumin edited her own issue (Spring 1988), and published stories, poems, and essays while generously sending along recommendations for books she had enjoyed. Her subjects ranged from country neighbors (“Saga: Four Variations on the Sonnet”) to the death of her friend Anne Sexton (“October, Yellowstone Park”) to the brutality of industrial meat production (“The Whole Hog”).

The introduction to her issue gives a sense of the sly sense of humor that animated much of her work.

Editing a literary magazine—and this is the first time I have undertaken a project so fraught with hubris—turns out to be a little like buying birthday presents for your loved ones. You tend to get them things you really want for yourself. In making selections for this issue I have been ruled by my own passions, even while recognizing that they are eclectic, idiosyncratic, at times downright cantankerous.

In re-reading her work from the journal, a line from a poem in the Spring 1982 issue was particularly resonant: “Speech has left…but not joy.”

Even close to the end
when nothing works except one hand
my brother goes to the Special Cases pool
where cheerful athletes reposition
his puppet bones in a canvas sling
scoot him down the ramp
into tepid water
adjust his flotation collar
and cut him loose.

Speech has left him, but not joy.
I carry that grin
that broad important self-pleasured wink
with me into the April day.

In a poem published nearly three decades later (Spring 2009), “In the Moment,” she writes of her rescue dog, Rosie: “Her heart murmur // will carry her off, no one can say when.” The poem ends:

Meanwhile she is rapt in

the moment, our hearts leap up observing.
Dogs live in the moment, pursuing

that brilliant dragonfly called pleasure.
Only we, sunstruck in this azure

day, must drag along the backpacks
of our past, must peer into the bottom muck

of what’s to come, scanning the plot
for words that say another year, or not.

Over the years, Maxine Kumin created an extraordinary body of work—filled with her passions, politics, and sense of joy—through which she will continue to connect with readers. It has been an honor to have a small part of this work in our pages.