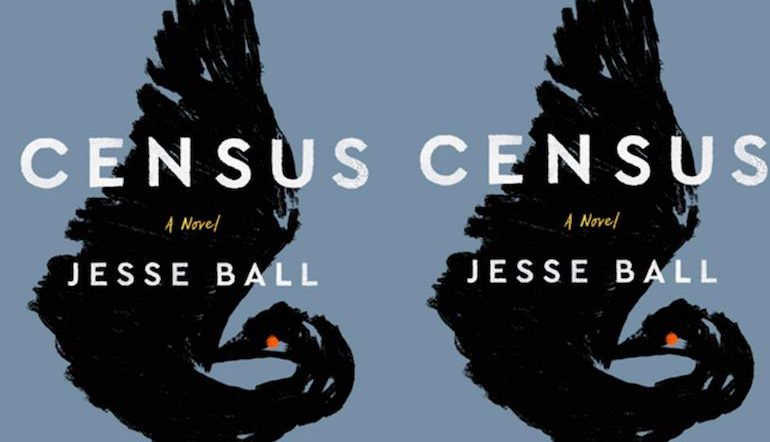 Jesse Ball wrote Census for his younger brother Abram, who died in childhood from complications from Down syndrome. The novel is a tribute to his life, intended to shed light on “what it is to know and love” someone with Down syndrome, but the impossibility of fully capturing someone on the page was a problem that Ball didn’t know how to resolve when writing. He resolved it by writing “a book that was hollow.” His brother would be placed in the middle and written around: “He would be there in his effect.”

The end product, while accomplishing this goal, is also a dystopian parable that follows a terminally ill man and his son on their trip around a fictional country. Formerly a doctor, the father works as a census taker, assigned to periodically travel and speak to the residents of the nation’s desolate towns, marking them with a tattoo after learning what he needs to know.

The census “is a sort of crusade into the unknown”—an unknown that is always disrupted by the arrival of the census taker. Ball purposefully obscures the intention of the census, and as the father and son travel through each town they gather a variety of stories.

It is also a journey towards death. The narrator embarks on the trip after learning about his failing heart and the death of his wife, who had always hoped to go on a long journey with her family. The census marks the living desire for knowledge and the death-drive towards the unknown. It is a measure of all that the travelers encounter.

The father’s struggles with his health force him to create a new method of obtaining the pertinent data halfway through the journey: instead of systematically visiting every resident of a town he only seeks out only a few. He finds a couple who had a daughter with Down syndrome, like the father’s son. A woman shares the great tragedy of her life: the accidental death of her daughters. Another is enraged by the arrival of the father and son, forcing them out of her home. It is only in death that the father, however, is able to finally imagine the completion of the census.

The pair is near the completion of the journey when the father realizes he cannot go on any longer. He can feel death’s approach and imagines his son returning home, sharing what he has witnessed: “He, who will be the only one remaining, his the true census, whose heart has felt all, he will speak of it to them, and in that place, in that impossible place, all that he says will be understood as it has never been…” It is a kind of heavy inheritance, the census, something that cannot be carried on earth, but only lifted in an imagined heaven.

Ball’s writing has often been compared to the work of Italo Calvino, and when reading Census I thought often of Mr. Palomar, Calvino’s comic philosophical novel that also documents the impossible search for fundamental truth. Named for the telescope, Mr. Palomar begins his search on the beach, hoping to examine an individual wave: “in his desire to avoid vague sensations, he establishes for his every action a limited and precise object.” He quickly finds, however, that separating each wave that comes to shore, pinpointing the beginning and end of a wave, is more difficult than he thought. He experiments—looking at the patterns of waves, then at their composition, then narrowing his field of observation “to a square zone of ten meters of shore by ten meters of sea.” His hope is to extend his knowledge of the wave to the whole universe, but he never gets that far. He leaves the beach, “tense and nervous as when he came, and even more unsure about everything.” The book closes with his attempt to describe every instant of his life. He dies before he can even begin.

The journey taken in Census is a measure of the world that the father knows he has to leave behind. He cannot take it in full, and like Mr. Palomar, he passes before even getting close to completion. But by the end he is able to see his son more clearly, and the life that he is leaving him to.