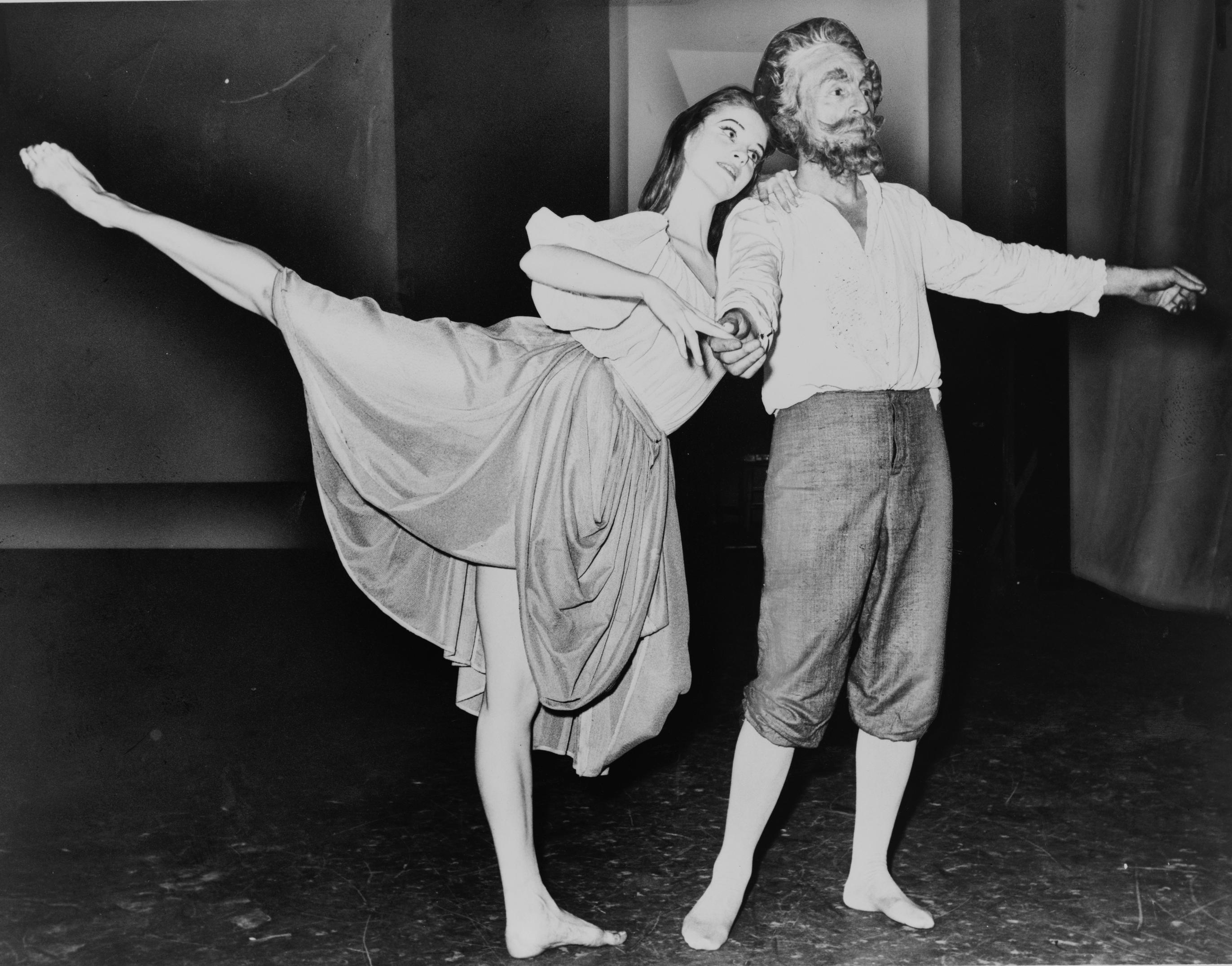 George Balanchine is often credited with having invented the American ballerina. He co-founded the New York City Ballet and served as its artistic director for thirty-five years, where he choreographed more than 400 works highlighting his women dancers. “Ballet is woman,” he famously said. In 1965, he told Life, “Woman is the goddess, the poetess, the muse. This is why I have a company of beautiful girl dancers . . . I believe the same is true of life, that everything man does he does for his ideal woman.” In an era of mainstream feminism, the ballerina as a cultural touchstone of idealized womanhood and her role as an object of beauty is subject to interrogation. That Balanchine’s ballerina is idealized, in fact, makes his views on women dancers’ roles seem regressive by modern standards, although his most famous dancers and New York City Ballet have worked to preserve reverence for his legacy. Balanchine’s lasting impact on American ballet is undeniable—he is often quoted—yet he left behind no writing of his own, no autobiography or correspondence, and so only his choreography and dancers can speak for him.

Two memoirs by famous twentieth century ballet dancers, Holding On to the Air by Suzanne Farrell and Dancing on My Grave by Gelsey Kirkland, enter into the ballet canon these women’s experiences working with Balanchine, explaining not only how he saw them, but how they saw themselves. The two books could not have more different perspectives. Farrell, Balanchine’s muse, was a teenager when he first fell in love with the possibility her body and talent presented him. In response to his Life magazine quote about women being muses, she said, “I didn’t . . . feel pressure, I felt profound commitment.” Her memoir focuses on the complexities of their love—the power imbalance, the age gap—without fully condemning it. Farrell has no interest in seeing Balanchine as anything other than a complicated genius. Kirkland’s Dancing on My Grave, on the other hand, portrays Balanchine as a tyrant who composed his art on the canvas of women’s bodies. “Balanchine and his teachers unwittingly encouraged young dancers to self-destruct, rationalized as part of the sacrifice that must be made to art,” she wrote. Eventually, she left Balanchine’s New York City Ballet and enjoyed a long career at American Ballet Theatre, seeking new leadership style and opportunities. By staking out oppositional stances on Balanchine, these two writers and dancers focus on telling the stories of their injuries and triumphs in American ballet, and parse the agency they had within a rigidly patriarchal and ageist system.

Farrell was the youngest of a long string of Balanchine’s dancers who served as both muse and idealized lover, but unlike the others, she refused to marry him. When she was twenty years old, Balanchine promoted her to principal dancer at New York City Ballet and pursued her romantically (he was sixty-one and married to his fourth wife). “If he thought I could do something, I would believe him,” she says, “often against my own reasoning. I trusted him not to let me be a fool, but rather a tool, an instrument in his hands. In short, I trusted him with my life.” He called her his “alabaster princess” and created twenty-three ballets specifically for her. When Farrell married another dancer, however, Balanchine effectively exiled her from American ballet. “The ephemeral nature of dancing took on new meaning for me that night,” Farrell writes. “One day I was one of George Balanchine’s ballerinas; the next, my name was erased from the company’s roster. I was twenty-three, and I had good reason to think my career had ended.” But Farrell eventually forgave Balanchine after he let her back into the company, rationalizing his anguish through insecurity about her position. “Would I still be useful to him?” she wonders her first class back after years dancing in Europe. “Would I still interest him?” Even in recounting her side of the painful story, Farrell positions herself as a ballerina in relation to Balanchine, her power ultimately dependent on him.

Kirkland is perhaps the only Balanchine ballerina to publicly say anything against the ballet giant. In fact, she blames him for her eventual downfall—her anorexia, injuries, drug abuse, and plastic surgeries. Like with Farrell, Balanchine initially favored Kirkland, who caught his eye by dancing so energetically as a young student in class she fell; he skipped her ahead to the next level in the school to reward her risk-taking. According to Kirkland, Balanchine “encouraged his dancers not to think.” During a tour in the Soviet Union, Kirkland was tired and fighting illness, and Balanchine gave her “a vitamin” to help her perform that turned out to be an amphetamine. “His place in the hierarchy was beyond question,” Kirkland writes. “I always hoped what I was doing would please him. I had to please him.” Although her concerns are similar to Farrell’s, the obsession with and fear of losing the role of young ballerina seems more desperate in Kirkland’s retelling. She is aware, perhaps, of the dangers of one man’s power to decide so much of her career’s trajectory. Where Farrell is reverent, Kirkland is angry. Kirkland’s experiences are barbed, tinged with resentment, which makes them all the juicier to read.

Men like Balanchine—European or American, trained in classical technique—have been the masterminds of ballet since its genesis in Italian courts in the fifteenth and sixteenth centuries. They have dominated the roles of company directors and choreographers while women, the ballerinas, have been their most iconic instruments of expression. Until relatively recently, women have not been allowed roles in shaping ballets except with their own bodies, and with so few opportunities to express their own desires and experiences, how women dancers see themselves in ballet has been largely explained by men. Muses rarely get the opportunity to express themselves.

Tags:Dancing on My Grave, Gelsey Kirkland, George Balanchine, Holding On to the Air, Suzanne Farrell