Home
»
Critical Essays
»
Memory and Heartbreak in To The River 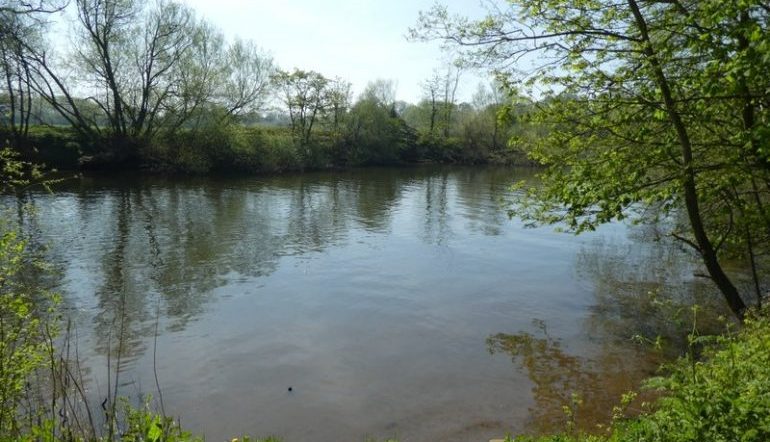 In Olivia Laing’s 2011 book, To The River, Laing decides to walk the length of the River Ouse, from its source a half-hour north of Brighton to where it meets the English Channel, in the aftermath of a romantic breakup. Laing is intimately connected to the Ouse; she writes on the first page, in language mirroring marriage vows, that “there’s a river I’ve returned to over and again, in sickness and in health, in grief, in desolation and in joy.” Throughout the course of the book, Laing meticulously describes the landscape of the river and the wildlife that inhabits it, both human and animal, sometimes to a claustrophobic degree. Laing says that “through sheer carelessness, I lost the man I loved.” The Laing of To The River, however, is anything but careless, and so this statement, that feels tossed-off and disingenuous, catches the eye. The moments when Laing addresses her relationship with Matthew appear like eruptions in the narrative; the language, as compared to her lush descriptions of the flora and fauna, becomes simpler and more straightforward, with little reflection. While To The River is a remarkable piece of nature writing, it is, at its core, a book about a heart mending itself and the unwieldiness of memory.

Laing’s evocative descriptions of the landscape and history that surround the Ouse are impressive and relentless; time and again, Laing lists the flowers she observes walking along the river like a litany: “Black medick…buttercup, horsetail, ribwort plantain, hedge woundwort, musk mallow and curled dock, the clustered seeds a rusty brown. Wild rose, dandelion, the red and white deadnettle, blackberry, smooth hawksbeard and purple-crowned knapweed.” This listing of facts and observations serves the public agenda of her walk: she told people that her journey was “a survey or sounding, a way of catching or logging what a little patch of England looked like one midsummer week at the beginning of the twenty-first century,” and in that regard she is successful in capturing the particular sensation of walking along the Ouse. But these lists serve to obscure the second, more private, reason for her walk, which is “somehow to get beneath the surface of the daily world, as a sleeper shrugs off the ordinary air and crests towards dreams.” The dream world, despite being influenced by the conscious one, is a world where the sleeper divests control, and hidden angles of the psyche are revealed. Laing’s iterations and categorizations, however, feel more like an act of control than one of relinquishment, as if by internalizing the facts of the landscape, Laing is reminding herself that the memories of her relationship with Matthew, the ones that permeate the Ouse, will at some point be another stratum of history to be dispassionately examined.

Laing’s memories of Matthew run throughout the book, appearing without rhyme or reason; sometimes a specific patch of land will trigger a memory, while other times a memory will simply emerge and catch Laing off-guard. She writes of this experience, particularly in relation to water, midway through the book: “Memory is a funny business. Sometimes, moving through water, I feel I’m washed of all thoughts, all desires: content to luxuriate like a starfish…And then, on other days, the opposite occurs. There have been times when, sunk in a river or a chalky sea, I have felt the past rise up upon me like a wave. The water has loosened something; has dissolved what was once dry.” Arguably, the connection Laing experiences between memory and water is what draws Laing to the Ouse after her breakup with Matthew. The Ouse and the surrounding landscape are familiar companions to her; this is an area she knows well, and she implies that it was her inability or unwillingness to move away from the Ouse that was one factor in her breakup (“I couldn’t relinquish Sussex and nor could he quite edge himself from the hills and moors to which he had, after all, only just returned.”) Laing turns to the Ouse for comfort, but she recognizes that it will not be easy; the water’s ability to dredge up memories at unexpected moments makes emotional comfort hard to come by.

To the River is an unruly and wide-ranging book. Though it focuses specifically on the area around the Ouse, it moves backward and forward in time, combining history, botany, geology, literary criticism, and memoir, as Laing attempts again and again to situate herself and the reader along the banks of the river at a specific point in time. But Laing recognizes that water, particularly rivers, can serve as a prism, altering our perception of history, experiences, and objects we think we know well. She writes, “A river passing through a landscape catches the world and gives it back redoubled: a shifting, glinting world more mysterious than the one we customarily inhabit.” She recognizes that no matter how long she walks or how much time she spends by the Ouse, she will never be able to fully capture the ever-changing landscape in words, just as she may never be able to fully capture or make sense of the ending of her relationship with Matthew. In choosing to remain by the Ouse, then, Laing is choosing to live with the ghosts of her relationship that haunt the landscape; this walk is a way of learning how to do that.

Walking through the landscape of the Ouse with Laing feels, in many ways, like experiencing a heartbreak from beginning to end in real time. Laing decides to start her journey on the summer solstice, a threshold between seasons and, as she writes, a day “when the wall between worlds is said to grow thin.” The night before she leaves, she has an emotional conversation with Matthew, but shortly after she begins her walk, she writes that “something in me started to lighten and lift.” Up and down, fond memories and difficult ones, euphoria and profound sadness that manifests itself as physical pain; Laing walks continuously through these rapidly shifting emotions that the Ouse dredges up until she is able to wash them away in the sea: “Then the ground fell away altogether and I floundered for a minute as the waves pummeled me…I pulled hard, and with every stroke the weight of water beneath me grew.” For a moment, Laing is able to simply float on the water and observe the Ouse and its landscape from a distance rather than being immersed in it.

There is no great epiphany at the end of Laing’s journey. What is achieved, I would argue, is emotional neutrality and the ability to keep moving forward in the face of great loss. Though To The River is an impressive example of nature writing, it is also a work of enormous courage. Rather than removing herself from the familiar in order to heal, Laing chooses instead to intimately immerse herself in a landscape where every footstep forces her to confront her memories of Matthew. On the train back to her home in Brighton, she writes of a storm rolling into the landscape she just walked through: “It looked like the aftermath of an explosion, like the world beyond the hills had been bombed to smithereens. But that’s how we go, is it not, between nothing and nothing, along this strip of life…the only home we’ll ever have is here. This is it, this spoiled earth.” Laing walked through a landscape that to her had been blown up, rearranged, and made foreign by heartache. By the end of her journey, having now faced the memories that haunted the Ouse, Laing feels safe. The Ouse again becomes a place of refuge.

Tags:Olivia Laing, To the River