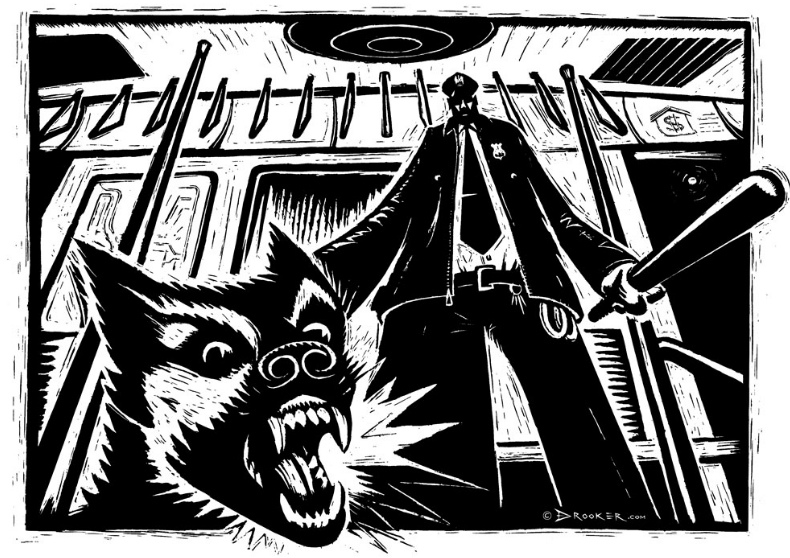 What forces turn someone who is, for the most part, fundamentally good into something possibly evil? This question lies at the heart of much horror. In his novella The Ballad of Black Tom, reimagining characters from the weird fiction universe of HP Lovecraft, Victor LaValle answers that question. Beyond that question, though, he also examines a reader’s empathy through his use of a mid-book perspective shift.

The novella follows Charles Thomas Tester (the “Tom” of the title), a young hustler, living with his kind and beloved father. Tom deals sometimes in occult objects. Because of this, he ends up coming in to contact with Robert Suydam—a man bent on bringing forth terrible ancient gods into the world. These two characters also appear in HP Lovecraft’s “The Horror at Red Hook,” now known as much for its usual Lovecraftian cosmic horror as it is for its extreme racism and xenophobia.

LaValle upends this by beginning from the perspective of Tom. Tom may be a bit of a con man and a hustler but he is also a decent, good-hearted person, and the thing he cares most about in the world is his father. Tom’s story, though, is one imbued with the horror of history and specifically the racism that hangs over so much of his life. This, of course, is an aspect of the book that seems even more prescient this year. Police violence is a central component of the novel and the language surrounding it is as horrific as it should be in its repetition of phrases we’ve all heard on the news too many times: “I felt in danger for my life. … I emptied my revolver. Then I reloaded it and did it again.”

However, it is not only this twisting of the Lovecraftian narrative which makes this such an astonishing work. Instead it is LaValle’s choice to slowly build up our empathy for Tom throughout the first half of the book so that when something terrible happens near the end of his section, we too feel that rage and grief that he does. The book then pivots and places its perspective with the detective Malone.

Malone is the one who the reader is with when we see what has become of Tom. Tom has become monstrous and because we have switched from his perspective we see this horror in a completely different way. It is horrific, but it is also weighted down with what we know has come before it.  This is a book that doesn’t shy away from showing horror and monstrosity. By the end of the book, we are not meant to still be rooting for Tom, but we should be identifying with and empathizing with him. Tom may have become monstrous, but as the book shows us, the world around him was already a far worse monster.