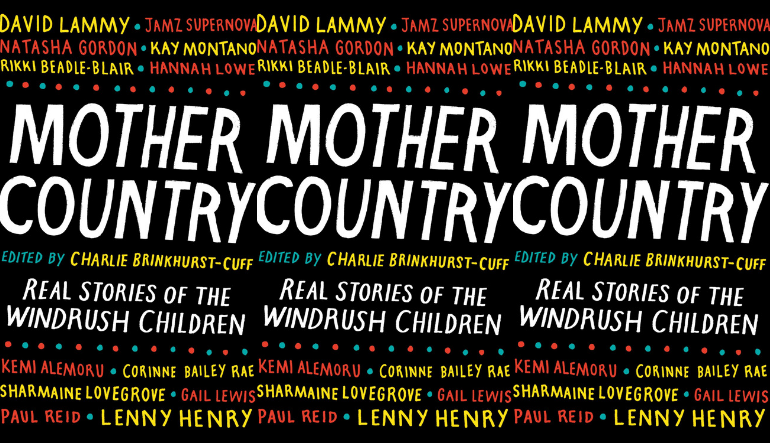 Irina Reyn’s Mother Country begins in the middle of a complex history: Nadia Borodinskaya, a single mother, has been working tirelessly in the United States for the last seven years to bring her adult-aged daughter, Larisska, from war-torn Ukraine. Larisska, nine when her mother begins the immigration process, is twenty-one when they find out Nadia alone has been approved to move to the U.S. Because Larisska is now a legal adult, she’ll have to reapply. Nadia’s decision to leave her daughter for the U.S. drives a rift between them—Larisska feels abandoned by her mother, while Nadia feels leaving Ukraine is the only way she can eventually give Larisska a better life.

Reyn weaves throughout Nadia’s story a compelling perspective on twenty-first century motherhood that ricochets between East and West. In moving between Rubizhne and Brooklyn, between Nadia’s active mothering of Larisska and her desire to be a mother from afar, between her past in Ukraine and the jobs she holds in the U.S.—as the nanny of a child and the caregiver of an elderly man—Nadia’s motherhood unfolds. Readers discover a fiercely protective woman who has torn herself in half by leaving her daughter in the mother country she aches for.

Nadia’s focus on the horrors back home often leave her in awe of Western problems. Early in the novel she obsessively checks Skype to see if her daughter is alive after heavy fighting breaks out in her home region. In stark contrast, Regina, the mother of the child Nadia nannies for and who leans heavily on Nadia for support, has a meltdown when trying to select a theme for Sasha’s fourth birthday party. Nadia is surprised: “Sasha was safe and happy and loved. Why was this not enough?” While Regina insists that mothering consists of giving children ample choices—Sasha must be allowed to choose her food and activities—Nadia’s reality is a choice-less one.

Unlike Regina, who folds in on herself at the slightest problem, Nadia is hyper-aware of all events related to Ukraine. She watches the news regularly and keeps up with anyone who might have information on the situation in the country. While she pities Regina her fragility, however, Nadia also wants to protect Regina from her all-consuming suffering: “And how could Regina possibly know her daily, pressing, constant palpitating fear? This was the one thing she owned, an emotion native to her, the one that gave her strength and resources Regina was lucky enough to lack.” This strength also allows Nadia to accept Larisska’s resentment, and even her accusation: “You left me. You had a choice and you left me alone here.” Though the words hurt, Nadia’s desire for their reunification is stronger.

The most important relationship in this book, then, is between mother and daughter. Because physical and psychic separation exist between Nadia and Larisska through the bulk of the novel, a sense of loneliness permeates the narrative. It is clear that the men in Nadia’s life have been either inconsistent or absent—her father died when she was four months old, and Larisska’s father was a married man with whom Nadia worked at a factory in Rubizhne (as a result, he spent little time in his daughter’s life). It is also revealed that when Nadia was thirteen, her sister’s college friend raped her—something that, while traumatic, Nadia felt was not completely unexpected: “She was sure this happened to all girls, a normal turn into adulthood, as necessary as vaccination.” The only constant, the only source of stability, in Nadia’s adult life, then, has been her role as a mother, and her daughter. In America, readers see Nadia grasping at this relationship. Her separation from beloved people and places, as well as the way in which Reyn bookends the novel with a news report about a twenty-seven-year-old woman (revealed to be Larisska) who lives through bloodshed in Ukraine, allows readers to feel the rawness of Nadia’s reality—her daughter is in danger and there is nothing Nadia can do.

It is this loneliness and the ways that the patterns of Nadia’s own life begin to play out in Larisska’s that make reconciliation between mother and daughter possible. Nadia decides to visit her daughter in Moscow a year before Larisska is able to immigrate to the U.S; though their reunion is initially strained, Nadia has stayed close to Larisska in spirit. Throughout the novel, readers are immersed in Nadia’s memories of the life she and Larisska had in the Ukraine—Reyn masterfully draws readers into the constancy of memory throughout the novel, making Ukraine and moments of Nadia’s past life just as present to Nadia as her daily life and work. For Nadia, the beauty of her daughter and her beloved Rubizhne are unmatched; and yet, both her country and her relationship with her daughter are fractured by conflict.

It is in Moscow that Nadia realizes the threat posed by her mother country. Instead of being the beautiful country of Nadia’s youth, Ukraine has become a mother torn apart by her feuding children. Early in the novel, readers discover that Nadia desires harmony—that all sides “could talk to each other, come together peacefully to find a way forward for a united Ukraine that served west and east.” This is what she seems to wish for herself and Larisska, too. As the novel progresses, Nadia realizes life cannot return to how it was before the war, before she left her daughter. And yet, her mothering instinct drives Nadia’s desire to reclaim her child from her devastated city: “Now she understood Rubizhne was sewn inside her. She came from a small city in a country that others have used, divided, abandoned, plundered. The faster she ripped her daughter out of their mother country, the better.” But Larisska cannot come to the U.S. yet, which continues to frustrate Nadia.  As much as Nadia hopes for a reestablishment of the relationship between herself and Larisska, it is clear that any relationship they are able to have will be significantly different from when Larisska was an adolescent.

When Larisska is finally able to come to the U.S., the first thing Nadia notices is the new shape of her daughter’s body. Larisska is pregnant—a fact that ties Nadia and Larisska together as single mothers, and provides the necessary starting point for their new relationship. As she imagines this new life with her daughter in America, Nadia realizes that growth will take time: “It would be everyone getting to know each other again, feeling gingerly around the new, redrawn borders of their love.” Though Nadia will now have to be a mother to Larisska in new ways, her overwhelming feeling is one of peace: “All that mattered was the breathing body between her arms, and now, amazingly, the breathing body inside that body. It was unharmed and it had the capacity to love.” Ultimately, Mother Country is a history of a mother’s indomitable love, and the ability to, on a personal level, make peace. Though fighting over geographical borders may continue, Nadia will continue to nourish the relationship with her daughter until it is healed and whole again.