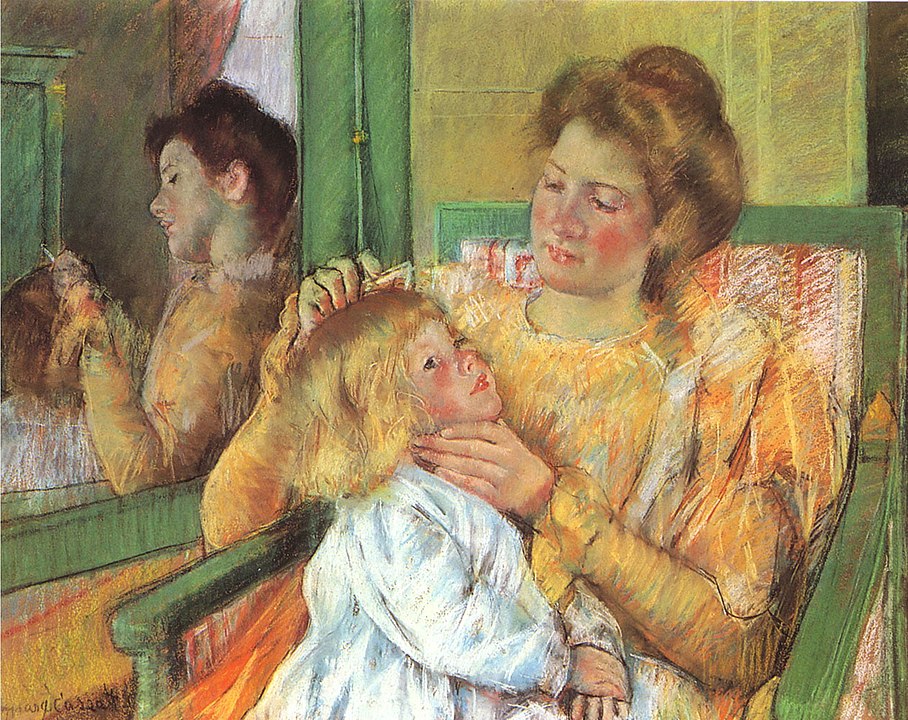 Horror loves its mothers. From Aliens to Hereditary, Rosemary’s Baby to The Changeling, every kind of motherhood has ruled our favorite nightmares. It’s tempting to put this obsession down to the tired trope of casting women as victims, or mothers as psychological scapegoats. And for some works, this is undeniably the case. Hitchcock’s infamous echo of Sardou, calling all would-be directors to “Torture the women!” has not gone unheeded. But there is something more to it than that. Archetypally, mothers are protectors, they are symbols of safety in an unsafe world, and their charges are the most vulnerable lives and bodies. Two new novels, Fever Dream by Samanta Schweblin and The Need by Helen Phillips, demonstrate a deeper reason for coupling maternity with horror. By keeping their perspectives at a hyper close-up on a mother narrator, they emphasize the kind of dread that is particularly terrifying in the context of caregiving: the dread of our impotence.

The Need was marketed as a “domestic thriller” and a “psychological drama,” but with a doppelganger plot and a narrative engine powered entirely by fear, it seems disingenuous to call it anything other than horror. When Molly’s husband goes on a work trip, she is left to watch their two young children. One night while he’s gone, there is an intruder in the family’s home. Molly, alone, is forced to follow a series of strange instructions given by the masked figure to keep her children safe. It turns out that the masked intruder is none other than Molly’s double from a parallel universe identical to hers in all aspects except one: in the double’s (“Moll’s”) universe, her children have both just died. Devastated and desperate, Moll has entered into Molly’s world to share or steal the still-living doubles of her own children.

Despite the fear factor of an unforeseeable threat in the universe-hopping doppelganger, the real heart of Phillips’ horror is in her portrayal of the more mundane terrors of being a mom. Molly’s desperation is perfect—her sleeplessness, her helplessness when it comes to juggling tasks. Some of the most disorienting moments of the book come when Molly’s exhaustion leads her to miss something obvious, like when she takes her kids to play on a median strip where Moll won’t think to look for them, and realizes only after her daughter is almost hit by a car how dangerous it is. Because the novel’s perspective is so deeply embedded in Molly’s own, her constant assessment of threat, that of making a misstep, is a feature of the book’s physical descriptions: “But then, on the pavement leading up to the front door, a broken beer bottle, the pointed threat of the green shards. But then the recognition that the shattered glass was just a few scattered leaves.”

With Molly’s readiness to protect and her readiness to see threats everywhere comes another, more horrifying flip side in the form of Moll. We see that Molly’s need for her children is also the object of horror. It is the threat. Moll’s powerlessness in the other world has created a monster. The resulting cruelty of one woman against her opponent is truly sickening, infinitely more potent than someone sawing off their own arm to get out of a trap. Though the novel is short, its pacing is slow towards the middle, taking its time to set up the conflict between Moll and Molly. In the end, however, Phillips forces us beyond the false choice of blaming the mother or seeing her as a victim. She shows us both and neither, in one moment nailing how the horror and the impossibility of motherhood makes monsters, and in the next how that monstrosity is every day, hardly monstrous at all.

Unlike The Need, Schweblin’s Fever Dream wastes no time in making you squirm. “They’re like worms,” the first, disembodied words read, followed closely by, “What kind of worms?”  The opening pages plunge into the mind of a young mother named Amanda who is lying under uncomfortable sheets and suffering profound confusion. In fact, she is dying, though it takes some time for her to realize this. The entire (again, short) novel is a strange and urgent dialogue between Amanda and the voice of a child named David, in which the two of them try to bring Amanda to pinpoint the one moment in which something terrible happened and she fell ill. Drifting between delirium and lucidity, Amanda fights against her feverish mind to answer David’s questions and piece together her memory of a family vacation gone horribly awry.

Originally released in 2014, Fever Dream was translated from the original Spanish in 2017 by Megan McDowell. The novel’s original title was Distancia de rescate, or “rescue distance,” a phrase Amanda uses to refer to how far away she can be from her daughter, Nina. This distance shortens when trouble is near and lengthens when everything seems to be going smoothly, and as it fluctuates, there is a corresponding change in the novel’s tension:

It changes depending on the situation. For example, in the first hours we spent in the vacation house, I wanted Nina close by at all times. I needed to know how many exits the house had, find the areas of the floor with the most splinters, see if the creaky stairs posed any kind of danger. I showed these things to Nina, who isn’t fearful but is obedient, and on the second day the invisible thread that ties us together unspooled again.

Like in The Need, Amanda meets a second mother, Carla, who nearly lost her child to poisoning (David, as it turns out—the italicized questioner). There is horror in that almost-loss, but there is also a kind of revulsion, an avoidance. Listening to Carla’s story, Amanda is distracted thinking about her own, healthy child. She thinks, “I should have told Nina that when she got the lollipops she should just come back to the car, but no, better for her to stay away.” In the beginning, Amanda has sympathy for her fellow mother, but thinks of herself as separate from her loss. Of course, there is dramatic irony in this moment. We know that Amanda isn’t separate from this loss at all, that something terrible has happened, possibly the very same poisoning.

Inescapability is what the novel goes for, and Schweblin does it immaculately: the inexorable progression of the dialogue, the constant, uncomfortable demands from David, who becomes a stand-in for the reader. In one memorably devastating exchange, David teases out the thesis of the whole book:

Why do mothers do that?
What?
Try to get out in front of anything that could happen—the rescue distance.
It’s because sooner or later something terrible will happen…
But you always miss the important thing.

The important thing, the one thing that goes wrong. It’s not an admonishment, it’s an inevitability: the most important thing is the thing that leads to a terrible consequence, and because everyone eventually suffers something terrible, there will always be something that you missed. The worst threats are terrible and important for the same reason—because you didn’t see them coming. As we watch Amanda struggle to stay conscious long enough to pinpoint a moment that has already passed and cannot help her or her daughter at all, Schweblin highlights the very essence of horror. She points to the vast chasm between effort and outcome, between our striving and our unreachable goal to stay alive forever.

All of us dread recognizing the one true powerlessness we have in the world: that ultimate impotence in the face of death. But more than anyone else, a mother is expected to feel powerful in this fight against mortality. A mother is supposed to do the impossible. Her primary job is to fight death, calmly, every day. Thinking along those lines, horror’s unseemly obsession with mothers seems obvious. Horror is made for moms insofar as it is about fighting (and ultimately failing) to outrun the grave. Still, as long as you’re breathing, be sure to stay in rescue distance.