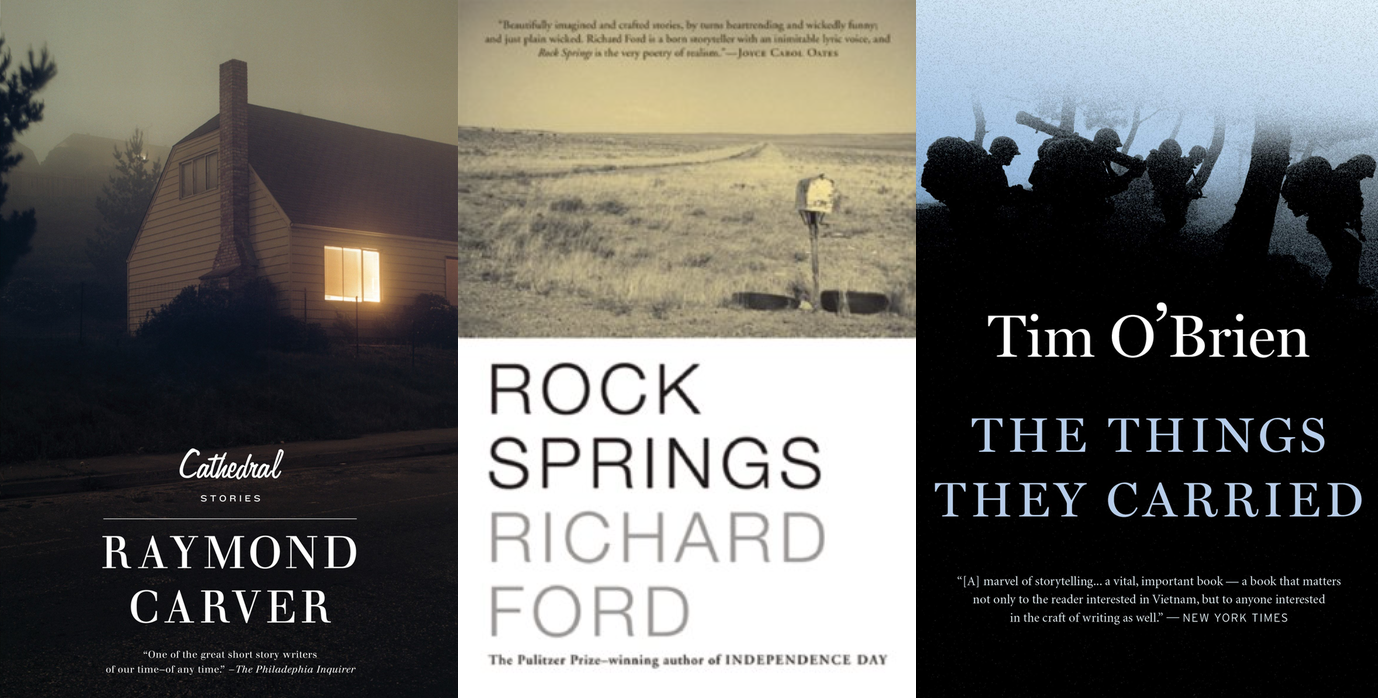 After kindly reading some of my paeans to my favorite stories, people have asked me what the rest of my anthology would look like. To limit myself, I’ve decided to only include stories released since 1980, which seemed like a nice, round year, and I would argue that the modern era began with “The Miracle on Ice” at Lake Placid (I wouldn’t, actually, but this gave me the opportunity to watch it for the millionth time, and it always makes the hair on the back of my neck stand up). Anyway, this obviously eliminates some of my favorite stories from Chekhov and O’Connor and Faulkner, among countless, countless others. So, here are twenty of my favorite stories from the past thirty-one years (apologies to those I have surely forgotten and will remember as soon as this is posted), ever since a scrappy American team stunned the world…I have already enumerated the joys of reading “Walking Out” by David Quammen and “Dinosaur” by Bruce Holland Rogers.

Stories I have mentioned:

“Thomas Hardy’s Heart” by Pauls Toutonghi. I’ve read this story dozens of times, and each time, I find myself stunned by Toutonghi’s ability to veer from the fantastical stories that a father tells his son to the sullen, utterly realistic and familiar attitude of the child who hears them.

“What You’re Walking Around Without” by Bruce Machart. Organs sloshing around in the back of a car? Sold.

“Blowing Up On the Spot” by Kevin Wilson. A young woman (or man, depending on if you read the original Ploughshares version or the version from Wilson’s excellent Tunneling to the Center of the Earth) separates Scrabble letters at work and falls in love with the candy-coated girl downstairs. Unbearably sad and unbearably uplifting.

Other favorites (seriously, in no particular order):

“Helping” by Robert Stone. There’s no limit to what one can learn as a writer and as an emotional being from the chances given and squandered, again and again, by Charles Elliott, Vietnam vet and alcoholic.

“Refresh, Refresh” by Benjamin Percy. In a world emptied of fathers, two young boys try to mold themselves into men without knowing for sure what one truly looks like. All of this takes place in the strange world of Tumalo, Oregon, which serves as a match for the Middle East, a boxing ring, an open bar, a meteorite crash site, and a training ground. As one who sometimes leaves setting blank, Percy shows me the possibilities of place.

“Courtesy For Beginners” by Jim Shepard. Our current master of the form, Shepard has written a dozen stories that I could put on this list, but my very favorite is the tale of the worst summer camp in the world. The heart of the story emerges slowly, as the reason for the trip to camp is unearthed. Along the way, “Courtesy for Beginners” is laugh-out-loud funny.

“Nixon Swims” by Steve Almond. A tiny gem of a story, Almond shows us Nixon just before he hits bottom, “a fierce shadow in a festering suit.” Nixon meets with a group of kids and imitates a salmon, showing his human side for the tiniest moment, all within 200 tidy words.

“A Temporary Matter” by Jhumpa Lahiri. A great story makes a reader feel something they had forgotten, and a great story makes another writer jealous.  Lahiri’s tale of a foundering couple driven together by a daily power shut-off manages to make the inevitable surprising. Everything one wishes to happen does. For a while. Then it all falls apart.

“The Legend of Pig-Eye” by Rick Bass. I am a sucker for a boxing story, and Bass turns well-worn territory into something new. Rather than a sweaty gym, Don trains his fighter outdoors, all the better for Bass’s love of the natural world to shine through.

“The Laugh” by Tea Olbrecht. This story has haunted me more than any other over the last few years. So many of these stories I read (and teach) again and again, and when I encounter something as vivid as “The Laugh,” it reminds me of why I have to be greedy and keep looking for more.

“The Shell Collector” by Anthony Doerr. While Rick Bass reinvented something that many people have done before, Anthony Doerr’s story of a blind man who, yes, collects shells works on the other end of the spectrum: it’s a story that I’ve never read before, and now that I have, any and all other blind-man-collecting-shells beauties will be compared to it.

“Rock Springs” by Richard Ford. A gold mine is just out of reach for the downtrodden man. Richard Ford’s brilliant portrayal of the allure, betrayal, and renewal of hope reads like a country song come to life.

“The Half-Skinned Steer” by Annie Proulx. In baseball terms, no one swings from their heels more than Annie Proulx. When she connects, and everything goes right, her stories can travel for miles. Her prose here thrums with life, her metaphors spot on.

“People Like That Are the Only People Here” by Lorrie Moore. What could be more terrifying than a sick baby? I cannot read this story very often because the anxiety it provokes in me is so profound that I’m upset for days.

“Cathedral” by Raymond Carver. It’s kind of astonishing to me that this story came out post-1982. Not because there’s anything dated about it, but because it seems such a legendary text it’s surprising to note that it wasn’t carved in stone.

Alice Munro. Yeah, this is a cheat. So what? If you read every Munro story, you’d have one of the world’s greatest anthologies.

So my advice to you is to buy the collections featuring these wonderful stories, tear the stories from the books, and then glue them all into one super collection. Or just buy them.