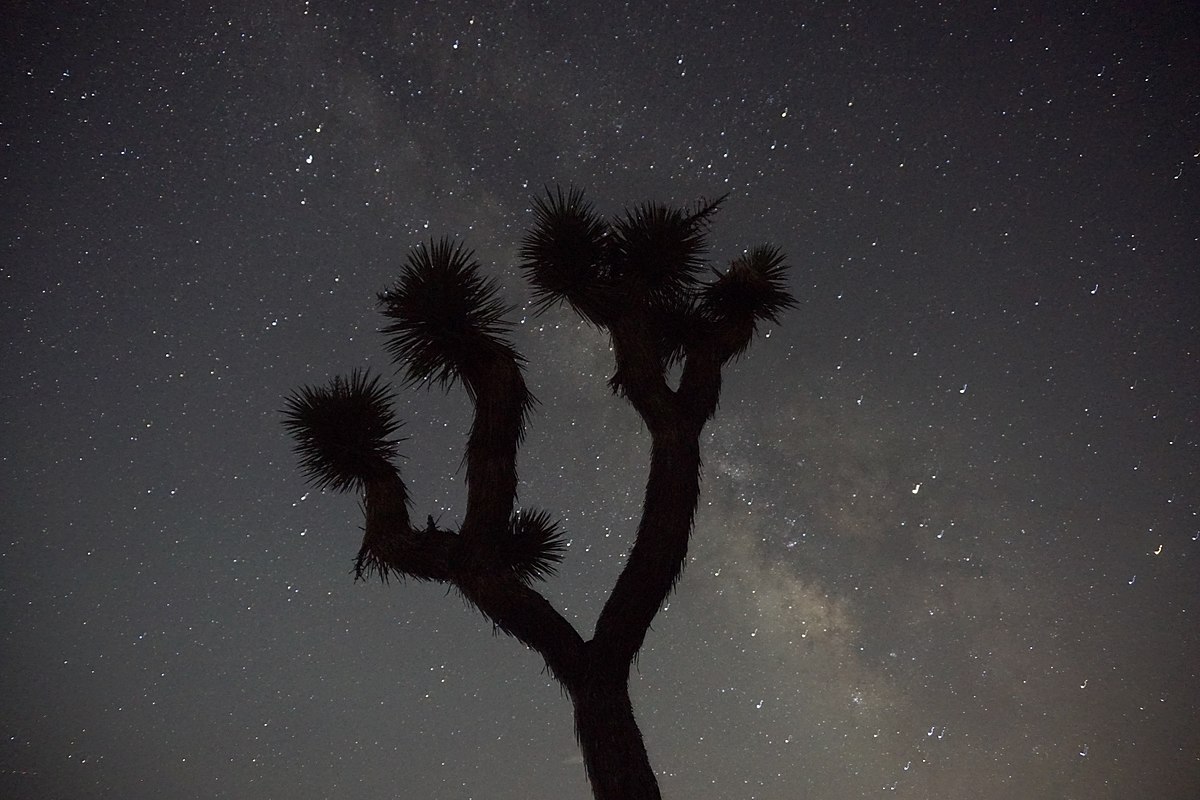 Lore Segal’s “Dandelion” and Karen Russell’s “The Bad Graft” are two expedition stories set in vastly different worlds. Segal’s “Dandelion” is an imagistic, realist tale set in pre-war Austria. She narrates from the perspective of a young girl on a day hike with her father, her prose vivid and spare, taking the reader on a controlled tour through a child’s powerful emotions. Russell’s story has a fabulist quality, narrated in a fairy-tale-like register—the main characters are referred to largely as “the boy” and “the girl.” It takes place over a considerable period of time in the contemporary western U.S., with key scenes unfolding in the desert in Joshua Tree. Despite the stories’ differences in prose style and context, both capture the thrill of being young while walking in a vast landscape. Underlying both, too, is the suggestion of nebulous trouble to come—violence or rupture running beneath the cheery surface. By combining powerful images of bliss with the suggestion of a sinister turn, both stories capture something essential about growing up and exploring the world—the constant negotiation between pleasure and danger.

In “Dandelion,” impending danger is implied with a light touch at the story’s beginning, when Segal provides the reader with a moment of historical context:

That Henry James, when he got old, rewrote his early work was my excuse for revisiting, at ninety, a story I had written in my twenties. I was ten years old when I had to leave Austria, so the day with my father in the Alps must have taken place on our last family holiday, the previous August.

The narrator establishes that she isn’t just telling the story retrospectively—she is also deconstructing a version of the story that she’s already written. She includes some of the sentences from the old version, which are flowery and full of similes, then undercuts them with clean, concrete images. The older writer is less concerned with her own self-presentation, and more concerned with the clear representation of the child-narrator’s strength of feeling. This layered retrospection adds to the suggestion of something lost—the impending disappearance of the narrator’s blissful childhood world is implied through language like “last family holiday” and “when I had to leave.” By priming the reader for danger, she establishes a lens through which to read the images that will follow; the suggestion of rupture adds tension and edge to the blissful summer walk she goes on to describe.

The image that gives the story its title serves as a prime example of this tactic:

[T]he sun crested the mountain—a sudden unobstructed fire. It outlined the young people’s backs with a faintly furred halo, while here, in the garden, it caught the head of a silver dandelion, fiercely, tenderly transfigured into light. I experienced a bliss of thought, new and inevitable. and I said, ‘Lieber Gott, if I ever ask you for anything, you don’t even have to listen, because nothing is necessary except this.’

The reader feels, at once, the danger and the allure of a promise like this—we know how good it feels, when we’re young, to make sweeping, impulsive proclamations. And we also know the risk of such proclamations: that they won’t hold true forever, that we, and the world around us, will change even more than we expect. Indeed, later in the story, the child narrator regrets this proclamation in the face of more complex emotions.

The beauty in “Dandelion” comes from Segal’s supple rendering of intense bliss, and the reader’s queasy knowledge that it won’t last. A similar contradiction undergirds “The Bad Graft.” In the story a couple in their twenties, directionless and deeply in love, elope without a particular destination in mind—though they see themselves as the kind of couple that will never marry. The story is broken into sections, and the first is breathless; the language crackles, mirroring their excitement:

[T]he Mojave was a good place to launch into exile together; already they felt their past lives in Pennsylvania dissolving into rumor, sucked up by the hot sun of California and the perfectly blue solvent of the sky.

As in “Dandelion,” the description of the setting is almost painfully vivid. It reflects the protagonists’ energy, youth, and happiness—but Russell seeds the landscape with suggestions of trouble. The boy has brought “a stupidly huge knife”; he keeps “bending over to remove a pebble from his shoe, a phantom that he repeatedly failed to find.” The girl “had got her period a week early and was feeling woozy”; despite their vow to leave their east coast lives behind, she’s been having “traitorous dreams of her old bedroom.”

The looming threat in “Dandelion” is that the child, who feels secure and rooted, will soon be cast out of her home country and made rootless. In “The Bad Graft,” the threat is the opposite: that the young couple, with their vow of rootlessness, will become rooted in an undesirable way. In Russell’s story, this fear is made literal through a magical-realist moment. As they walk through Joshua Tree, the girl pricks her finger on the spine of a Joshua; the “spirit” of the tree leaps into the girl, and becomes “[g]rafted to the girl’s consciousness.” The girl begins to have tree-like instincts: to sit down, to stay put, to take root.

There’s a parallel conflict in “Dandelion”: at the beginning of the story the little girl wants to explore the mountain, then sees a group of young people walking and thinks, “That was what I wanted to do when I got older—walk with friends, talking together and laughing.” By the story’s end, though, she’s exhausted and ill tempered. She’s watched her father have a conversation with the group of young people in which the young people are disinterested—for the reader there’s an added layer of unease knowing that the father will likely soon have to leave Austria, and the young people won’t. After witnessing that conversation, the little girl whines that she wants to go home: “We were going home, Vati said, we were on our way home, but I meant home now.”

At the root of the two stories, with their vivid images of bliss and their subtle implications of danger, is a tension central to coming-of-age stories: the desire to both climb the mountain and go “home now,” as articulated in “Dandelion,” and the conflicting desire that Russell’s couple experiences, to be “seafarers, wanderers” and to “anchor” oneself. These conflicting desires point to a deeper issue, which is that people often have little say over whether they go adventuring or stay home. Segal demonstrates this through historical context (the character who has to leave Austria); Russell demonstrates it through her magical conceit (the girl infected with a tree-spirit against her will). With a light touch, both suggest that the pleasure and danger of growing up has to do with mystery and events outside of our control.