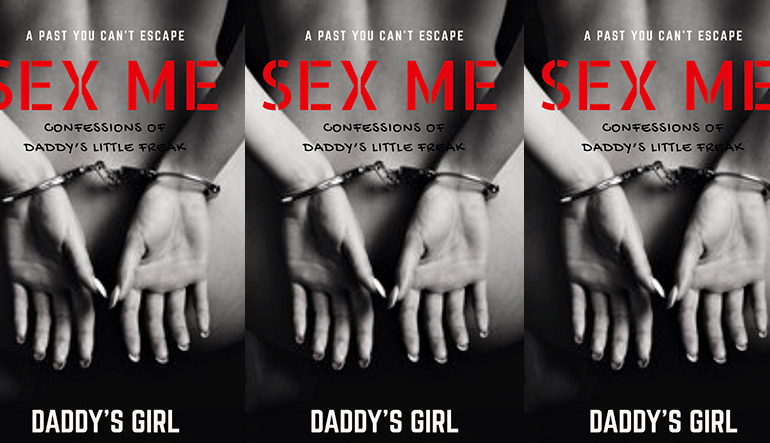 In wondering why victims stay in abusive relationships, people often ignore the more pressing question: why don’t abusers stop abusing? Leaving an abuser doesn’t always end the abuse—you usually have to leave more than once because on good days you think, see they stopped, but then they do it again. Trying to leave becomes just another part of the cycle. It actually gets more dangerous when you leave. Vladimir Nabokov’s novel Lolita famously depicts the restlessness of abusive relationships—pedophilic ones, in particular. Nabokov’s twisted middle-aged narrator, Humbert, writes nostalgically from prison about his ongoing obsession with Lolita, a twelve-year-old girl named Dolores who he kidnapped and raped. He maintains that he loves her, but it’s really not love. Part of the experience of reading Lolita is in reminding yourself to distrust Humbert’s dreamy language.

I was reminded of Nabokov’s desirous prose while reading the anonymously authored book Sex Me: Confessions of Daddy’s Little Freak, about the abusive relationship between the unidentified narrator and R. Kelly. Sex Me explains how the two met, what the narrator’s life was like with him, and how she escaped from him twice. The book is quick, much like the process of romantic manipulation. That pace is reminiscent of the hood book genre—bolting forward, just going going going. You hope, for this narrator’s sake, that it will all just end. But, like the recent six-hour docu-series Surviving R. Kelly, the ending isn’t the end. Time is warped. The narrator admits that, as she writes, she still loves R. Kelly and that he’s still stalking her. The permanency of desire in this book is palpable.

Her anonymity is a safety call. This kind of authorial vulnerability was flipped years ago when Karrine Steffans wrote her tell-all book Confessions of a Video Vixen. She, too, was a too-young teenager who got wrapped up with abusive men in and out of the music industry in the nineties and early aughts. By naming names of different men that she dealt with, like Ja Rule and Ray J, Steffans self-identifies as the story-haver. Sex Me’s narrator, however, (dis)associates with R. Kelly and self-censors to maintain agency. So you can consume her story, but you can’t have her. As literature, then, it re-envisions the shadowy identity of escapees.

During the process of grooming, abusers are the ones creating the narrative. Distorting reality makes their victims vulnerable and just reading about it can leave you feeling jaded as well. R. Kelly teaches the narrator of Sex Me that the definition of a “good woman” is someone who never says no to sex and doesn’t complain. He also makes it so that they aren’t their actual selves when they’re together. R. Kelly renames himself “Daddy” right away, and he tells her to lie about her age. She remembers him saying, “’if anybody asks, tell them you’re 19 and act 21.’” Like Humbert, R. Kelly threatens her with his arrest if anyone were to find out the truth. Humbert and R. Kelly also both withhold information about their victims’ guardians’ deaths. Sex Me’s narrator learns about her grandmother’s death through the mail after she returns to an empty house following her second escape. Dolores eventually asks outright why she can’t call her mother, and Humbert replies flatly, “because… your mother is dead.”

These men then mix that gaslighting with sex and violence. Most of the physical fights between R. Kelly and the narrator of Sex Me are followed by multiple rounds of sex (or rape—the barriers are unclear because she’s sixteen when they start their five years together, and they’re usually high and/or drunk). During the narrator’s first night moving into his house, she gets into a few fights with the girls already living there. Then, as if he’s the final villain, R. Kelly attacks her and initiates rough sex. She confesses, “I was mad. I was turned on. I wasn’t going anywhere, and he knew it.” Weaponizing physical intimacy is something Humbert does, too, after an argument with Dolores:

I said nothing. I pushed her softness back into the room and went in after her. I ripped her shirt off. I unzipped the rest of her. I tore off her sandals. Wildly, I pursued the shadow of her infidelity; but the scent I travelled upon was so slight as to be practically undistinguishable from a madman’s fancy.

His round-about language (the pursuing and the traveling) is situated alongside more graphic descriptors (the pushing and the ripping). Though they clash in tone, they don’t make the act of rape any less clear.

Readers of Lolita are, of course, left without Dolores’s perspective of her trauma completely. Humbert says that she allows him in her house years later, introduces him as her dad, and politely turns down his offer to run away together. It sounds like she is emotionally distanced from him, but who knows how she really feels. The narrator of Sex Me is totally transparent about her contradictory feelings. The morning of her first escape, the narrator remembers: “I was so confused. My mind was saying leave his abusive ass. My body always yearned for him and my heart still loved him.” She opens the book with an apology to R. Kelly, and by the end, she’s sorry to any potentially sensitive readers. One of her final thoughts is: “I’m sorry if I was all over the place, but that’s kind of how my feelings are. Even now, one minute I hate him and then I may think of the good times and smile.” Emotional wavering, even after leaving him for good, shows the longevity of her desire for love.

Another thing you have to remind yourself while reading Lolita is that Humbert isn’t in prison for raping and kidnapping. He’s there for killing the man who “took” Dolores from him. The concept of people as property isn’t just an intellectual experiment and neither is justice in the prison industrial complex. Even when rapists and abusers are arrested, charged, and sometimes convicted, it’s important to address the ways that incarceration doesn’t end abuse either. Imprisonment is abuse itself. Plus, it’s not uncommon for people to keep being abusive while they’re locked up or once they’re released. As these two stories show, separation doesn’t resolve fanatical desire.