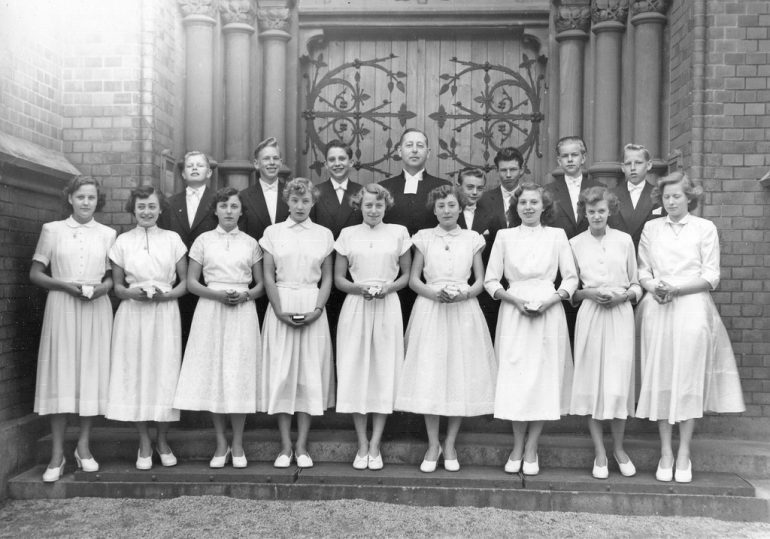 In the brief back-cover description of Lauren Berry’s The Lifting Dress, we read: “Set in a feverish swamp town in Florida, The Lifting Dress enters the life of a teenage girl the day after she has been raped.” And while reading the text is a harrowing experience in its own way, without the blurb on the back, I would have had no idea that the subject matter was rape. The rape is the black hole at the center of the book, but, like a black hole, it is only visible by its effects on its surroundings. It’s not as simple as saying that the act itself is absent, and we are left with only its aftermath. The act and its aftermath are deliberately obscured. We are forced to grapple with the notion that its obscurity is part of the point. The question is why.

The first brilliant effect of Berry’s strategy to leave the fact of the rape to the back cover is that it mimics a psyche in the throes of post-trauma. The fact that the “Just-Bled Girl”—the consistent speaker of the poems in The Lifting Dress—is obsessed with certain details or images, but cannot speak of the rupturing act is a clinical symptom of PTSD. This aesthetic move places it in the canon of great works of post-traumatic literature along with books like In the Lake of the Woods by Tim O’Brien or George Saunders’ short story “Home.” The book’s first poem announces its own silence; in “The Just-Bled Girl Refuses to Speak,” Berry writes, “There must be hundreds // of ways to be a girl. I’m just the kind / who has trouble parting her lips.” The question of the speaker’s will looms. What is the difference between being unable to speak and choosing not to?

This question hangs over all the poems that come after, and it sets the tone for Berry’s refusal to come down clearly into clarifying narrative territory. In other words, whatever has been done to the Just Bled Girl, she cannot separate it from the desire that typifies her adolescent sexuality. As with the double entendre of “trouble parting her lips,” the speaker returns again and again to the vaginal: “I think of my own ruffled tomb / how it responds with color // like a carnation. If left alone, barely pink. If touched, / russet.” In other poem: “It’s music, the way I control / the body part / that makes me want / to kiss.” By keeping the fact of rape extratextual rather than a clear part of the narrative, Berry may be trying to replicate the mind of a young girl who is guiltily conflating feelings of sexual longing with the trauma of sexual violation.

Nowhere is all of this nuance clearer than in the character of the Big Man, who is fifty when the Just-Bled Girl is exactly that—a girl. Whatever of a standard narrative simmers beneath the surface of the book, it is in the Big Man poems, but even then, standard narrative details are largely avoided. Perhaps one of the most famous poems about sexual assault is Patricia Lockwood’s “Rape Joke,” and its purpose is to take the cultural phenomenon of the rape joke and give it a level of detail that would make it impossible for readers to treat it abstractly. It begins, “The rape joke is that you were 19 years old. / The rape joke is that he was your boyfriend. / The rape joke it wore a goatee. A goatee.” The extensive poem continues in this vein, and is devastating precisely because Lockwood calls her rapist “the rape joke” as a humanizing device—humanizing the joke, giving it an individual circumstance. Though Lockwood’s poem is anything but typical, this kind of narrative impulse works as an assertion of survivorship. The Big Man poems in The Lifting Dress do the opposite, not exactly because the Just-Bled Girl is not a survivor, but because the psychic space we are in resists the cohesion of narrative. In “Be A Good Girl, Don’t Tell,” the speaker moves from sexual contact with the Big Man to immediate dissociation:

to the oval bathroom mirror

where I watched a girl

where rich folks are introduced.

It was then I knew

what my father mixed

in all those glasses.

The surreality of the simile—”with a throat like a hallway / where rich folks are introduced”—pushes against tidiness, against story. Something new is being born as the girl watches, but the poems keep us in the space of their awakening, never allowing us to watch from a safe distance. These are not emotions recollected in tranquility—or, rather, Berry’s craft is such that the illusion is created that we are still there beside the Just-Bled Girl, trapped in that moment of awful knowledge. The Lifting Dress teaches us that there is more than one way to understand and impart that knowledge, and it reminds us how important that work continues to be.