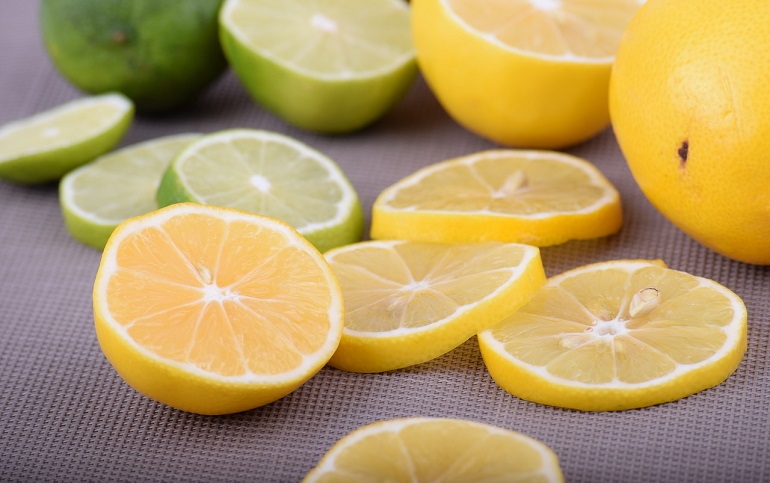 Natalie Scenters-Zapico’s Lima :: Limón contains all the sharpness of something acidic—the pain and the brilliance, the pleasure, the stinging accuracy. In this new collection, Scenters-Zapico critiques machismo using a speaker struggling to keep up with its whirling adjustments to what’s acceptable for her, and by seating the book within the system of neocolonial hierarchy that presses down on Mexican women and men. Lima :: Limón’s flood of dreamlike images, intermingled with the daily-ness of the domestic, familial, and romantic life of the speaker, become a treatise on abuse, as well, when those images are infused with violence.

Part of that violence—and the surreal feeling of the book—comes from the way that no one in the poems responds to the speaker as they should. Like in a nightmare, when the speaker screams, no one hears. Like in a nightmare, after he beats you, you let him hold you. In the face of all of this, the speaker of Lima :: Limón wishes to be acid, that which she has been warned against by culture, by men, by the song “Lima Limón,” after which the book is titled.

From the lemon to the lime,

You have no one to love you.

From the lemon to the lime,

You will end up single.

From the first poem, “Lima Limón :: Infancia,” the speaker responds. “Lemon” stops standing in for everything broken and wrong:

I want to be the lemons in the bowl

on the cover of the magazine…

…I want my saliva to be

citrus. I want to corrode my husband’s

wedding ring. I want to be a lemon

with my equator marked in black ink—

In many ways, this book’s project is tracing the speaker’s relationship to her own acidity, her anger—the ways she allows herself to embrace it and the ways she’s pressured into rejecting it, softening it, making it sweet.

If the speaker in the first poem wishes to be sour, the second poem, “Neomachismo,” written in the imperative, demands that the reader conform to a sort of sweetness: “To see if you’re still alive,” it advises, “heat caramel in a pan until it spits asteroids on/your arms. Take good care of your burns. Your scars should never last/longer than two years. Pain needs a clean slate to play on.” The body has to be kept ready as a passive site for pain—not its own pain, but the pain of someone else. A man’s, perhaps. Its own pain is made alien by the demands of the masculine pain that works on it. The woman has to

Anger is the emotion of men. By adding sugar, lime & salt you can turn

anger into sadness as a good woman should.

Even this gesture at making her emotional life palatable by tamping down her anger and crying instead isn’t good enough, though: “Stop sobbing, it’s ugly. Instead, emulate the glass tears on virgins who/look up to the men who bruised their bodies.” In its movement, the poem escalates as an abusive relationship might, its restrictions slowly closing in on the reader until only a few allowable reactions remain:

not turning into his father.

When he says you are letting this happen, don’t reply. Put his fingers

in your mouth & hold your breath when he asks: Who taught you to hate

Of course, the last sentence of “Neomachismo” is deeply ironic (it’s him—he taught her!), but answering the question isn’t as easy as it seems, and the book spends a good amount of time investigating the ways the emotional and physical violence that plays out privately in the characters’ homes is enacted—first, on a large scale by the broader culture. Scenters-Zapico draws attention to this implicitly and explicitly by doing things like putting the poem “In the Age of Los Zetas,” which responds to and personalizes the violence of the Mexican crime syndicate Los Zetas, directly after “Neomachismo,” where this question is posed. Both poems situate us, temporally, in their titles—it is the new machismo Scenters-Zapico is talking about, it is this age that created Los Zetas—and the latter title suggests that a time and a political situation that makes room for the large-scale massacres of innocent people also makes room for a lot else within the personal lives of those innocents. In the space between the poems “At a Party I Tell a Story & Ask:” and “I Didn’t Know You Could Buy,” for example, this connection becomes even more explicitly seated in neocolonial, racist attitudes toward the speaker and others. In “At a Party I Tell a Story & Ask:” the speaker tells the story of how a man mistook her for a prostitute. She asks “Isn’t that funny?” but her audience, instead, always “observe[s] me for a sign/of how a man could have been/mistaken,” as if the speaker is responsible for a culture that teaches men that women’s bodies are meant for economic exchange—and that people of color can be transformed into vehicles for service at the least suggestion by a white person. As it becomes more surreal, the poem opens itself to the idea that this exchange plays out in a larger theater than the personal:

a peso I thumb hoping to change

it for a dollar. I run from man

to man. They are all kissing behind

glass doors asking for an exchange:

A dollar for this peso, just one dollar.

The exploitative exchange that the speaker finds herself suddenly sucked into isn’t sexual anymore, but rather is international, perhaps even cultural. By the poem’s end, there is a doubleness that at once affirms the speaker’s acceptance of these systems of exchange and undermines them. She says,

My death wish: a grain of sand

will kill me & I will be born again

as a crab scuttling across

a kitchen table, paid for by a peso

that could afford my delicate legs.

At once, she wishes that she could transform into the sort of being that could be exchanged for money—and also acknowledges that her human body will never, never be one that could be paid for—not just because she is not a prostitute, but more because there is not any currency equal to her “delicate legs.”

something not for sale until

I walked through Coyoacán

House Not For Sale. The white tourists impose their fantasy upon the city—and the people who live there—by “stalking/houses they could paint blue,/just like Frida Kahlo’s.” In a move akin to the one she uses in “At a Party I Tell a Story  & Ask:” Scenters-Zapico relates this to

the time two thieves knocked me

to my knees for twenty dollars.

I thought the thieves jewelers

as they punched my jaw until

My landscape of curves & edges

is not for sale, but men still knock

on rib after rib, stalking the perfect house—

the perfect shade of blue.

The body becomes the land and the land the body. When sovereignty over either is eroded, it is a violence, bruising them into “the perfect shade of blue.”

By linking the violence her speaker experiences to larger forces working on us politically and socially, Scenters-Zapico highlights the ways that gender can be a site at which our cultural and social systems inscribe themselves upon us—and how gender itself is a cultural expression created not just by larger culture, but by the ways we define ourselves against each other, as men do against women, as the United States does against Mexico. The series of poems each called “Macho :: Hembra” serves to highlight this especially. The double colon, used to indicate an analogy, draws our attention to the ways these two labels are not independent of each other, but rather are tethered together by that which we use to keep them apart. Each role is used to convert not just the self, but also the other to something legible, that will react in a way that reinforces and creates their role. All of this becomes apparent in the third of these poems:

One night, I was done playing hembra. I asked him to stop playing

macho. He pulled me by the arm to the side of the house. With one hand

across my mouth, an arm across my shoulders & the weight of his body

from my head down my back.

When the speaker opts out of the system they’ve developed to keep their relationship afloat, her male counterpart uses violence to reestablish their roles. It works. The speaker lets him kneel “down/to hold me & kiss my sweaty face. I wanted to be a good hembra. I let/him hold me. I whispered: Sorry, I’m sorry.” She moves back toward her role with the apology—and the belief, that appears in the last lines, that “it is shameful to let a man touch you that way. It is even more/shameful to speak it.” The speaker is converted into hembra by the way she takes responsibility for his violence, here, as the man is converted into macho by the violence itself. As in the larger, political relationships present in the book, violence serves to fortify the unearned hierarchy that keeps these two bound together. In this relationship, everyone is dehumanized. In the next “Macho :: Hembra” poem we see that:

Six months later, he was found burnt beyond recognition in the

backseat of a car in Ciudad Juárez. He had no teeth. His thumb, index &

middle fingers from his right hand, the same hand he used to muffle my

screams, were found in the glove compartment. Mutilation turns you

These roles that men and women play: a mutilation. So, too, the neocolonial systems that ask people to inhabit them.