Home
»
Interviews
»
“Never Not Writing”: An Interview With Gary McDowell 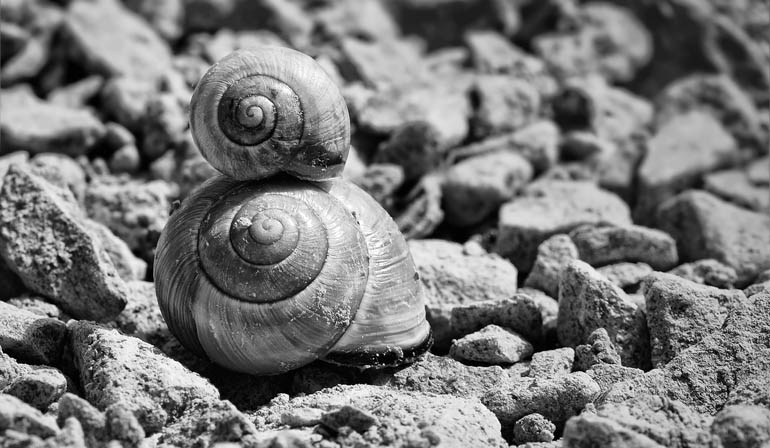 My introduction to Gary McDowell’s writing came through his poems, so it’s no surprise his essays feel so poetic—in the best sense of that word. His attentiveness, associative leaps, and ability to surprise the reader by zooming in on familiar experiences from unexpected angles are hallmarks of his poems as well as his essays. Gary’s latest book is Caesura: Essays. He’s also the author of five collections of poetry, including Mysteries in a World That Thinks There Are None, Weeping at a Stranger’s Funeral, and American Amen. He’s the co-editor, with F. Daniel Rzicznek, of The Rose Metal Press Field Guide to Prose Poetry. Gary lives with his family in Nashville where he’s an assistant professor of English at Belmont University. We caught up via email to talk about what’s different (and what’s not) between writing poems and writing essays—as well as so I could find out more about the novel I had heard he’s now writing.

Matthew Thorburn: How did you get started writing essays—and how did Caesura come together as a book? Were these essays in some way a natural offshoot of your poem-writing?

Gary McDowell: After I finished writing the majority of the poems in Mysteries in a World That Thinks There Are None, I thought the next project was going to be this book-length poem/memoir that I’d been quasi-writing for a couple years. Turns out, the project lacked an identity, but certain parts had some punch. I cut it up into salvageable parts, rescued bits of memoiristic writings and poetic asides. I realized that maybe the project was awful because I wasn’t allowing the two to coexist associatively. I was trying too hard to tell a story. As soon as I let in everything—research, tidbits of facts, poetic disjunctions—the pieces came alive together. Instead of focusing on writing a memoir, which in my head meant writing linear narrative, I focused on simply following my attention, the natural digressions to which the language exposed me.

During this same time I’d begun studying Lia Purpura’s On Looking. The way her essays swerve and juxtapose and associate and lay claim to the impossible culmination of narrative and image—I’ve still never read anything else like them; it is my single most favorite book of any genre. Inspired by Purpura’s work, I thought—however naively—that I wanted to try something similar.

Caesura came together as a book a couple years after that initial impulse. I had about three hundred pages; I spent another year cutting, refining, rewriting, adding, etc. Once I found the arc and the glue of the “Lyricism of the Fact” segments, it all came together. And yes, the essays were definitely a natural offshoot of the poems. In fact, when people ask, I often say that the essays are basically just long prose poems in their wandering, their curiosity and association and juxtaposition; or at least I prefer to think of them as such; it makes them feel more like mine.

MT: In addition to being a poet and essayist, I heard you’re also working on a novel. Is it difficult to shift gears from one genre to another? Do you find they require different things from you as a writer—different skills, or different kinds of attention, or different writing practices?

GM: Well, I’m working on what I think will become a novel, but I have zero idea what I’m doing—for instance, what’s plot?! That said, I’ve read several novels over the last year or so that gave me this unwavering desire, and somehow confidence, to try it for myself—not because it seems possible but because it seems wholly impossible, otherworldly, and therefore worth the potential failure. When I first started writing in college, I wanted to be a novelist, and the impulse has never left. Vi Khi Nao’s Fish in Exile, Jim Harrison’s The English Major, Lidia Yuknavitch’s The Small Backs of Children, Jeff Jackson’s Mira Corpora, Steven Dunn’s Potted Meat, Josephine Hart’s Damage, Jill Alexander Essbaum’s Hausfrau: these are a few of the novels that have recently inspired me to go for it; all of them, to my mind, prize poetry over everything else.

I thought at first that each genre required a different set of skills or a different kind of thinking and practice, but anymore I’ve realized that’s not necessarily true. Why can’t the juxtaposing, associative, image-driven, and sonically pleasing language I find so beautiful in poetry and essays be the backbone of the novel also? Reading the novels listed above helped me accept this. Acknowledging my strengths—or tendencies anyway—and playing to them has helped relax the pressure of “noveling” to a great extent. It doesn’t mean I’ll succeed, but it’s certainly allowed me to be more playful on the page, which is always, to my mind, a good thing. Now if I could just corral the beast.

MT: How does an essay start for you? And is it different from the way a poem starts for you?

GM: They basically start the same. I am a devoted practitioner of Henry James’s idea of “being one upon whom nothing is lost.” I’ve, like so many other writers, notebooks everywhere. They are in my car, in my backpack, in my gym bag, on my desk, on several bookshelves at home and at work. And of course I’ve both the Notes app and the Audio Recording app on my phone. I feel sometimes, even when I say I’m not writing, that I’m never not writing. Know what I mean? So any kind of writing for me starts when an image, a line, a bit of language, a glimpse of a character combines with another bit or piece. It’s the way those components talk to one another that launches me. As I tell my students all the time, how do you know what you think until you’ve thought it? Similarly, I don’t know what I’m writing until I start writing it, because I don’t know how things will coexist until I try.

MT: And how did your essay “On Whining” get started?

GM: For the past five years my mother-in-law has lived with us. My wife is her only child, and when we moved to Nashville, my MIL had just retired up in Chicagoland and so decided to move down here with us to be close to the grandkids. So “On Whining” came directly out of the simultaneously loving and challenging mother-in-law/son-in-law relationship. It’s hard. Really hard. I thought, foolishly, for a while, that it was only hard on me. How stupid I was, how ignorant and selfish.

The kernel for the essay was the scene where my son and I are in the backyard scoping out some snails and slugs; my MIL, because she loves the grandkids so much, because she wants to be always involved, meddles sometimes. It’s equal parts frustrating and endearing. Writing about my own lack of understanding and empathy helped me come to terms with my ego, my feelings, my “issues,” if you will, regarding our relationship. I struggled balancing the essay. I started writing with her situated as the villain, but if anything it’s me that’s the bad guy—or I hope that’s clear anyway.

GM: In late 2016, I finished a manuscript of poems called Re[combination] that uses as its frame the scientific idea of recombination: the moment when, after the Big Bang, the universe cooled enough, some 379,000 years post-bang, so that electrons and protons could form; it’s essentially the moment that life—and matter—became a possibility. The poems think a lot about Time in both universal and human terms. The poems dealing with Time and science and my/our own place in them are interrupted, split up, bifurcated by the twenty-page, multi-sectioned title poem. All of that to say: I’m excited about it. Other than that, I’m slowly writing more poems and tinkering with the novel idea.