Home
»
Uncategorized
»
New (and Old) Stories (and Poems) from the Midwest

In a previous post I wrote about Midwestern literature and spent a lot of time defending the region against attack. But there certainly are folks who enjoy the flatland’s contributions to American letters. In fact, more than a few commented and tweeted about their favorites. To keep this conversation going, I emailed a few writers with Midwestern ties to get their thoughts on writing from the area.

Thisbe Nissen, author of The Good People of New York and Osprey Island

The small city/town and surrounding landscape of Denis Johnson’s Jesus’ Son IS the Midwest to me.

Also, there’s Abby Frucht’s Fruit of the Month and Licorice. The former is stories, many set in small town middle-America. The novel, Licorice, captures a small Midwestern town whose population is dwindling, rapidly, people disappearing every day, from the perspective of a mail carrier. I read it long ago, but remember feeling like it captured something very true.

And, finally, at the risk of saying the same thing that everyone you’ve written to has probably said: Marilynne Robinson’s last two novels.

Brad Liening, author of Ghosts and Doppelgangers and Death Salad 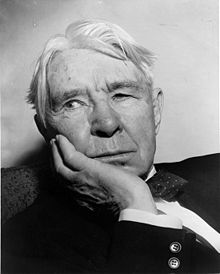 James Wright: Though he died in New York, James Wright was formed as a person and poet in Martins Ferry, Ohio. His stark poems of the blue collar, the poor, and the otherwise disenfranchised seem to me to be quintessentially Midwestern. 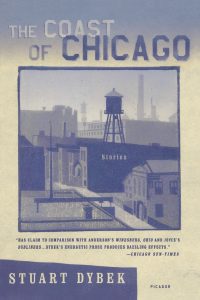 Michael Czyzniejewski, author of Elephants in our Bedroom and Chicago Stories: 40 Dramatic Fictions

Chicago has many writers in its history—Nelson Algren, Theodore Dreiser, Gwendolyn Brooks, to name a few—but the author who says Chicago to me is Stuart Dybek. His three collections—Childhood and Other Neighborhoods, The Coast of Chicago, and I Sailed With Magellan—represent the city and its people, telling their stories, exposing their eccentricities, and revealing their hearts. He is to the people what pizza is to our cuisine, what the Sears Tower is to our skyline, what the under-the-table deal is to our politics. He is one of our great treasures.

Rebecca Meacham, author of Let’s Do

1. Sherwood Anderson, specifically Winesburg, Ohio. Repressed yearnings, aching near-connections, festering secrets, hopes that dissolve like paper pills, lust and night and women. There’s a story everyone tells during the day which is different from the story secretly acted out at night. In the day, everyone is cordial as they die inside. (Mostly) everyone nods and says “I’m just great, how are you?” when really they’d rather leave or kill you. 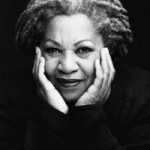 2. Toni Morrison. Actually, I think Morrison is global in her reach, her use of history, everything, and her dramatic stakes are often much higher and externalized more than other items on this list—but here’s what I’ll attempt to claim as “Ohioan” or “Midwestern”: her characters’ unsaid but deeply felt rages and griefs; her portrayal of small town gossip; and the legacies of wrongs both epic and minute.

3. Dan Chaon. Like Morrison and Anderson, isolated characters who attempt to maintain appearances and a cheerful facade, while concealing terrifying, unresolved pasts that directly impact the present.

Most generally we see isolated, restless, searching characters who can’t connect with others, and this lack of connection is key to plot.

For me, what’s Midwestern in all of these authors/works is that the past (personal, historical) is usually unspoken, unresolved, and weighty. Characters are isolated but are also soldiering on, maintaining their cover stories. Lots of times this is also how the narrative proceeds—for example, not a lot may appear to be happening in a Dan Chaon short story, but by the end, the reader is profoundly disturbed by what main characters reveal.

Jason Lee Brown, editor of the New Stories from the Midwest anthology series, the third edition of which is slated for release this month. (Earlier editions have featured such writers as Charles Baxter, Bonnie Jo Campbell, Roxane Gay, Rebecca Makkai, Benjamin Percy, Christine Sneed, and dozens of others.)

Editors from literary magazines and journals nominated stories for inclusion via snail mail. For the first three volumes, I read through all nominations and selected fifty stories in which I gave to a guest editor (John McNally in 2012 and Rosellen Brown for the 2013 edition) who selected twenty stories to include in the anthology. After the December 2013 volume, our new publisher (New American Press) will publish the anthology in odd-numbered years (with a new companion New Poetry from the Midwest series to be published in the even-numbered years).

Stuart Dybek once wrote me in an email, “There’s a mix of writers and sensibilities that inhabit the literary Midwest as to make the term unpredictable.” And I hope to represent that with New Stories from the Midwest.