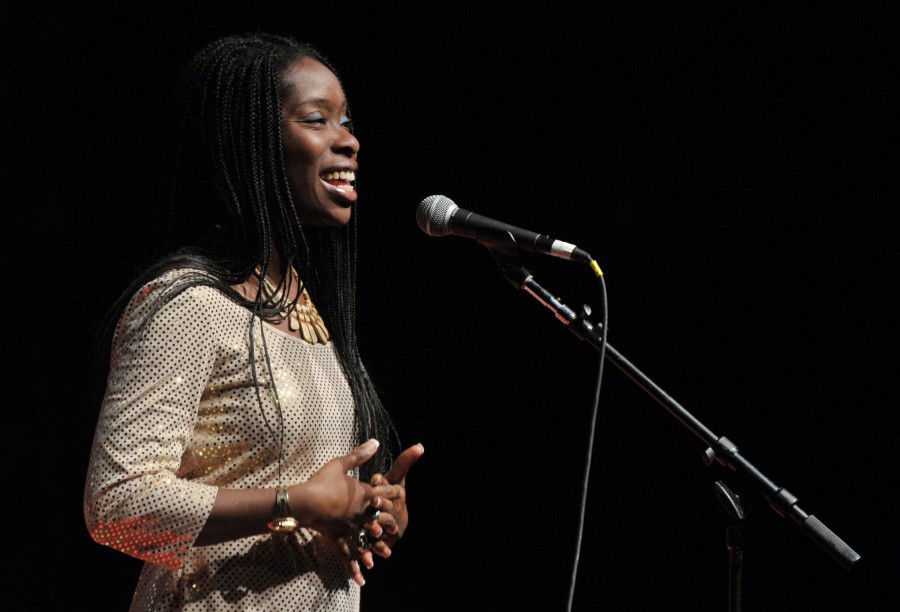 July, 2007. The Piazza Santa Croce in Florence, Italy. The Italian comedian Roberto Benigni takes the stage and begins to recite poetry. Pausing between cantos of Dante’s Divine Comedy, he offers observations about the poem and anecdotes from his own life.

Maybe this type of event sounds simple, or even familiar, to you. Apart from the location, it may sound like many poetry events you’ve attended. But for me there is one surprising aspect of the event: the attendance. More than 6,000 people eagerly packed themselves into the piazza that night to hear Benigni recite. And this event was no anomaly. An earlier reading by Benigni reached more than 12 million viewers on Italian television.

If you’re a struggling writer or a supporter of poetry, those numbers could make you swoon. Worse, they could make you bitter. If Benigni can reach millions by reciting a 700-year-old poem, why does it seem that every poetry reading I’ve been to has consisted of little more than a dozen folding chairs in the cramped back room of a bookstore? These readings have often felt more like covert drug deals than rapturous occasions of high culture. (Okay, okay, I’ve been to the fancier wine-and-cheese variety of readings as well, but attendance at these still runs closer to 60 than 6,000.)

You might think that Italy is a unique case, that it’s the singsongy mellifluence of the Italian language that explains the large crowds at Benigni’s readings. But there are other groups who have a similar widespread adoration for the spoken word. For example, Soviet-era Russian poets like Yevgeny Yevtushenko, Andrei Voznesensky, and Bella Akhmadulina performed their work to stadiums packed full of spectators. And, if you look back in time a little bit you can find some examples in the English-speaking world as well.

In fact, if you look back to 150 years ago, you’ll find that people read not just poetry but novels aloud as well. Charles Dickens’s public readings were so popular that he worked himself to death trying to keep up with the public’s demand for them. Other writers like Gerard Manley Hopkins insisted that their writings were like sheet music; they existed only to give rise to an auditory experience. Today, we might call these writers artists of the “spoken word.” But for them it was natural and obvious that silent reading was, at best, a secondary way to engage with their work.

We could debate for a long time trying to figure out just what happened to this culture of public reading in the English-speaking world. We could point to the introduction of new media, changes in print culture, or innovations in poetic style. But it would be hard to lay the blame on one cause. One thing is clear: poetry is less widely appreciated today, and the lack of public reading and recitation can only make the problem worse.

So the question then is not so much “Why did it happen?” but “Is there anything we can do about it?”

The Poetry Foundation and the National Endowment for the Humanities believe there is. The two organizations work together to run Poetry Out Loud, a nationwide competition that encourages high school students to memorize and recite poems. Since the program’s inception in 2005, 2.7 million students and 9,500 schools have participated.

Here in Chicago, we are lucky to have rich spoken word tradition. The structure of a poetry slam was first developed at a Chicago jazz club, and today many slam and spoken word artists work as teachers and mentors in the city, keeping its culture of poetry performance alive. The Chicago-based program Louder than a Bomb is the largest high school slam competition in the world. The competition was the subject of a highly acclaimed 2011 documentary of the same name.

Today marks the end of Chicago’s annual Printer’s Row Lit Fest, and over the past week the Poetry Out Loud champions and the winners of Louder than a Bomb have performed around the city. The performances have been funny, profound, and heartbreaking, and showcase a lot of great young talent. But for me, the best part is experiencing the energy and enthusiasm of spoken word performances as they take poetry off the shelf and turn it into a visceral experience for the audience. At a great poetry slam you feel the hair on your arms stand up, you breathe to the rhythm of the poem, you feel the pauses in your guts.

So if, like me, you’re often inclined to bemoan the state of poetry, to assume it is shamefully neglected by our culture and by the young in particular, then do yourself a favor and don’t just read, listen. Take yourself to a performance, a recitation, or a slam competition. You’ll remember that poetry isn’t going anywhere because, when it comes to language, we can all play by ear.