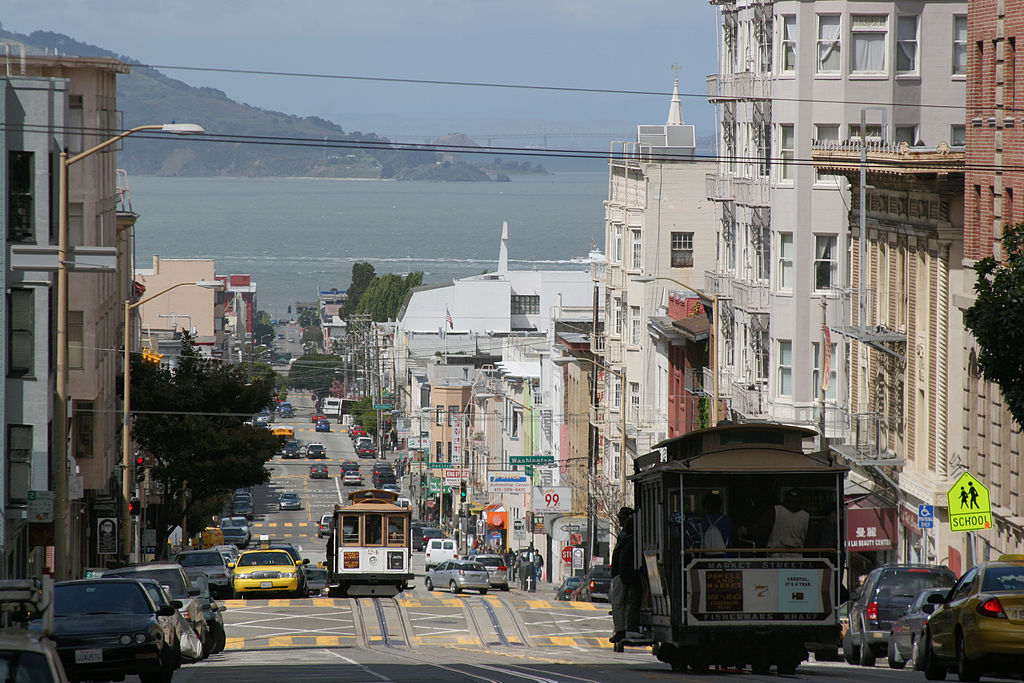 We’re in a crosswalk on the steep crest of Nob Hill, it’s late, and a woman passes by.  This woman is or is not attractive.  This woman is or is not an acquaintance.  This woman is alone.  In the crook of her arm she holds a gilled leather handbag with a gold shell clasp.  At the top of her thigh there’s a silk skirt ess and the swishing fringe of a cropped leather jacket.  Five-inch spike heels rake her like a stage.  She is elegantly coifed, perhaps 22 years old; it is 11 o’clock in the evening.  You look, and you see something.  I look, and I see nothing.

The glamor of strange women.  The glamorous lives of strangers.  The moralized, self-serving, coveted, fetishized lives of strangers.  The easy negative example.  The flash of an alternate existence.  The schadenfreude romance.  The blank to be filled in by fear or desire, in thick black marker.  Call her Rebecca from Tallahassee, eldest daughter, varsity middle-distance runner.  Jenna from Calgary on holiday, already homesick.  Cindy the five-star call girl who owes a phone call to her brother.  April the venture capitalist on the last stop of a West Coast junket.  Tasha headed home from a bad first date.  Evelyn walking circles around her worry.

In The Art of Fiction, David Lodge writes “all description in fiction is highly selective; its basic rhetorical technique is synecdoche, the part standing for the whole.”  In much the same way we read strangers, catching on our idiosyncratic impressions, drawing conclusions from limited evidence, authoring their lives.  So, too, we ourselves are read.

We’re in a crosswalk on the steep crest of Nob Hill, and a woman passes by.  She moves with a purposeful intelligence; we give way.  Smiling to herself, she looks up at us or beyond us.  In the crook of her arm she holds a gilled leather handbag with a gold shell clasp.  Where she came from, we couldn’t see – she came out of the darkness, as we did.  We both have somewhere to get to, into or out of the fog that’s drifting down now, muffling lamp-lit rooms in the upper stories of apartment towers all over the city.  She crossed beside us on the hillcrest.  It may be she smiled to herself; it’s late; you saw nothing.

This is Peter’s third post for Get Behind the Plough.