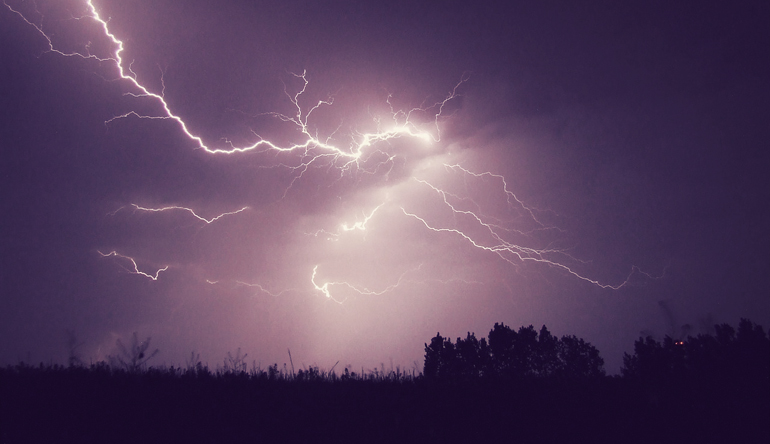 Aziz Ansari’s second season of Master of None is a long-form meditation on longing. Like most of my millennial peers, I sank the show this spring. In two sittings. The premise: Ansari’s character, Dev, finds an attractive friend, Francesca (Alessandra Mastronardi), while sojourning temporarily in Italy. They become close, but she’s unavailable, and he’s always, already leaving. When Francesca finds opportunity to spend whole weeks in Dev’s hometown of New York City while her drippy boyfriend-turned-fiancé takes boring work engagements, heartache ensues.

It’s not a perfect story. Francesca is a bit vacuous, a foreign hottie who superficially shorthands dolce vita. “Ships at a distance,” wrote Zora Neale Hurston, “have every man’s wish on board.” And, there are a few moments (to spare the uninitiated some spoilers, I’ll say only: that cookie jar though) that veer so woefully glib as to be more dangerous as a punchline than they are funny. But, if the second season is not perfect, it’s pretty close.

My favorite scene is one long take. Dev and Francesca are in the back of an Uber after an electrifying pseudo-date. They are experiencing their feelings and one another’s proximity, as my best friend once said, like a tuning fork. Francesca steps out—a little forlornly—at her hotel, sends a flirty text replete with a kissy face emoji, and the camera stays on Dev’s postmortem backseat stew. There are over three minutes of uncut footage. Soft Cell’s torch anthem, “Say Hello, Wave Goodbye,” takes on an ambience not unlike the patter of rain on the rear windshield. We watch Dev shift in his seat, his head lolls in quiet exasperation as the car continues on to his apartment, he sighs, and we feel his suspended agony. Will he write back? Will he turn the car around? The sheer accumulation of seconds, you wish, were building toward anything but a feeling that has to be over before it’s begun.

The car stops in front of Dev’s apartment, he thanks the driver, and the episode ends as the door slams shut.

This scene has plunged me into a season of contemplation on longing.

Longing—the menace of love, or the loss of it—is not so unlike Adrienne Rich’s description of reading a poem: “prismatic meanings lit by each others’ light.” It’s the hope that someone activates in us something that has been a mystery even to ourselves. It’s all stubborn faith and unabashed fatalism.

It’s when you watch lightning strike in the distance, but the rain never arrives.

It’s poet Jenny Zhang’s “O!” after her terminal grandmother tells her over the transom of a transpacific phone call how she likes to have conversations with Zhang and her brother in her dreams. “We come to her and we are just the age we were when she took care of us and lived with us in New York,” she writes.

It’s when lazy and too late in the evening, you stack your delicately stemmed wine glasses beneath the heavy casserole dish in the drying rack and creep to bed resigned for the probable crash.

It’s novelist Juan Goytisolo’s protagonist in Count Julian looking out his window across the ocean, contemplating his natal land from the self-exile of another. “That is your homeland: moody, violent, and within arm’s reach.”

It’s Alexander Chee’s description in his essay “Girl” of the first night he felt comfortable with his face courtesy of the talismanic power of passing white and in drag. “It makes me wary, even confused,” he says. “Being pretty like this,” he says, “is stronger than any drug I’ve ever tried.”

It’s not stepping out of the long-parked car.

It’s the story within a story of Idra Novey’s found-in-translation novel, Ways to Disappear, where three-toed lizards serenade inmates of an island prison with samba and maracatu. The plotline is far-fetched, a bit dark, but not unrelatable. “The story was about a mute inmate who whittled chicken bones and the warden who fell in love with him and then poisoned the prisoner, hoping that would extinguish his longing.”

It’s the poet Ross Gay proclaiming without much dedication to the task, “I will try to stay on my side of the couch.”

I read Katie Kitamura’s new novel, A Separation, around the same time I was binging on Master of None. The novel’s nameless narrator has come under critical heat precisely because she’s too cool. In a novel that tracks an estranged wife’s beleaguered search for her disappeared and faithless husband, the reading world wants a more florid performance of female pain. The LARB describes the narrator as “cooly analytical,” “self-effacing and thoroughly ambivalent,” and “at an emotional distance.” The Guardian narrates her “struggle with imaginative sympathy.” NPR emphasizes cool in all the wrong ways; as in: she’s “detached and cool” and “cool, aware, analytical.” The New Yorker’s review written by Alexandra Schwartz is perhaps the most forthcoming with its disdain for Kitamura’s protagonist. The online edition ran the article under the headline “Katie Kitamura’s War on Affect.” In print it was titled simply: “Cold Heart.”

This critical allergic reaction signals a diminishing space for the lady protagonist—no more well-liked, after all, when she appears as the hysterical woman. “Matters were different for a woman,” Kitamura writes in the novel. “Women were more self-censoring, they excelled at it, having been taught to be so over a lifetime.” If we dispense with the hot-and-cold rubric of emotive evaluation (best left for the taps on your tub, y’all) what emerges from the taut first-person narrative is a novel about love, and the longing beyond it.

The heartbreak of Kitamura’s character isn’t indeterminate; it abounds. She follows her husband’s treacherous footsteps in a borderline whodunit only to find that her loss was more profound than even she knew. She arrives, months into their separation to search for him in rural Greece. The landscape has been ravaged by wildfires. The place is literal scorched earth with the mercurial sea delimiting all of our views. She’s made to confront metonymically one woman who stands in for plenty of others. She parlays with professional mourners who conjure her own grief at a bodily remove. She feels her husband’s presence in the places he has passed through. She can’t unknot their accrued intimacy. Worse still she keeps feeling the shape of her own hesitancy to end the marriage, pressing at it like a bruise. She is in a holding pattern—trapped and waiting in the backseat of her own metaphorical Uber. In spite of all she knows and is continuing to discover about a profoundly irredeemable partner, she can’t help but wonder if their separation is right.

And that’s longing: to love in spite of everything we already know.